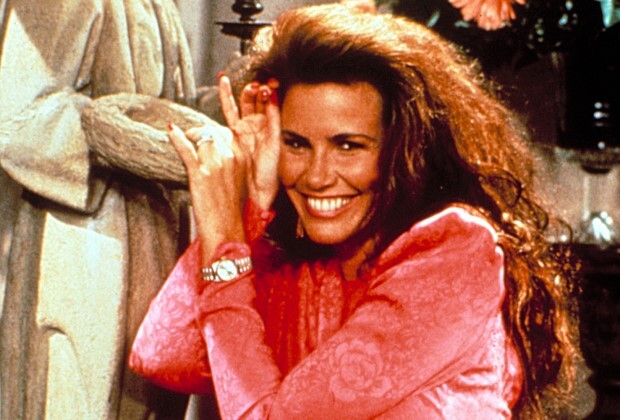 Tawny Kitaen, 1980s music video star-turned-reality TV personality, passed away Friday in Newport Beach, Calif. at the age of 59. A cause of death has yet to be determined.

“We are heartbroken and saddened to announce the death of our mom,” daughters Wynter and Raine told TMZ in a statement. “We just want to say thank you for all of you, her fans and her friends, for always showing her such support and love. You gave her life everyday. We miss her and love her and we know her legacy will live on forever.”

Kitaen starred a string of ’80s music videos, including Whitesnake’s “Here I Go Again” and “Is This Love,” and Ratt’s “Back for More.” Her film credits included 1984’s Bachelor Party (opposite Tom Hanks), the French cult classic The Perils of Gwendoline and 2014’s After Midnight.

On the TV side of things, Kitaen was known for her roles as Lisa DiNapoli on Santa Barbara, and Mona Loveland on The New WKRP in Cincinnati. She also appeared in the Seinfeld episode “The Nose Job” as Jerry’s girlfriend Isabel.

Later in life, she dipped into the world of reality TV. She appeared on Season 6 of The Surreal Life, as well as Celebrity Rehab With Dr. Drew, where she sought help for her addiction to painkillers and cocaine.

TV is also where she got her start before segueing into film, appearing on the game show To Tell the Truth in 1976. In 1987, she served as a panelist on The New Hollywood Squares, and five years later, a hostess for America’s Funniest People.

Neena Gupta says she was dumped by man, she was set to marry