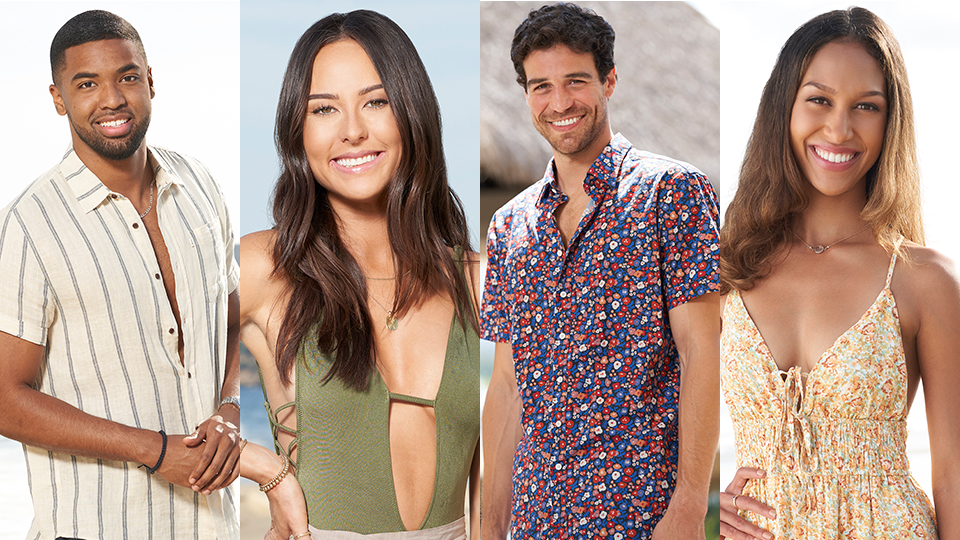 Almost paradise. The Bachelor in Paradise 2021 cast was announced, and it includes a mix of contestants we love-to-love and love-to-hate.

Of course, as Bachelor Nation members know, there will be more contestants who will join the cast at the beach in Mexico as filming continues. (We revealed who else is in the cast in the spoilers at the bottom of the article.) As Bachelor Nation members also know, host Chris Harrison quit the Bachelor franchise in 2020 after his controversial comments about The Bachelor season 25 winner Rachael Kirkconnell‘s racism scandal. Instead, Bachelor in Paradise season 7 will be hosted by a rotating list of celebrities such as David Spade, Lance Bass, Tituss Burgess and Lil Jon.

“There’s love, there’s romance. There’s a lot of drama, you know, it’s got everything,” Wells Adams, who returns as the bartender of BIP, told Us Weekly in July. “The drinks are bad, the advice is worse, but the bar is open. … There are some twists and turns that I was shocked by, and I never thought would ever happen on the show. And I think people are really, really going to love this season.”

So who’s in the Bachelor in Paradise 2021 cast? Read on ahead for which Bachelor Nation alums made their way to the beach this summer. (You may some faces who have been to Mexico before.)

Bachelor in Paradise season 7 premieres on ABC on Monday, August 16, at 8 p.m. 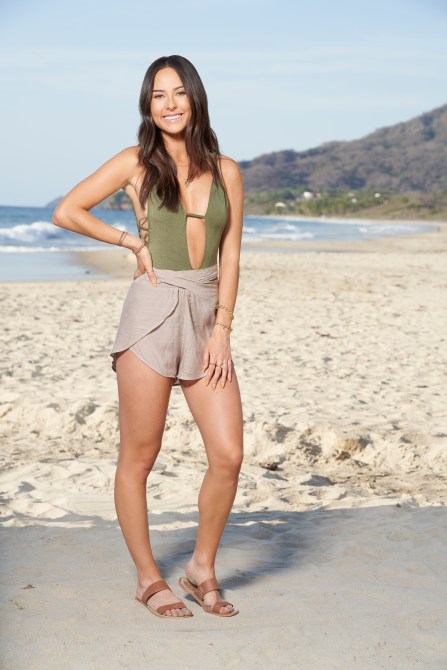 When she was eliminated: 8th place (Week 8)

Abigail, a client financial manager from Salem, Oregon, is the first deaf contestant in The Bachelor franchise and received the First Impression Rose on Matt’s season. 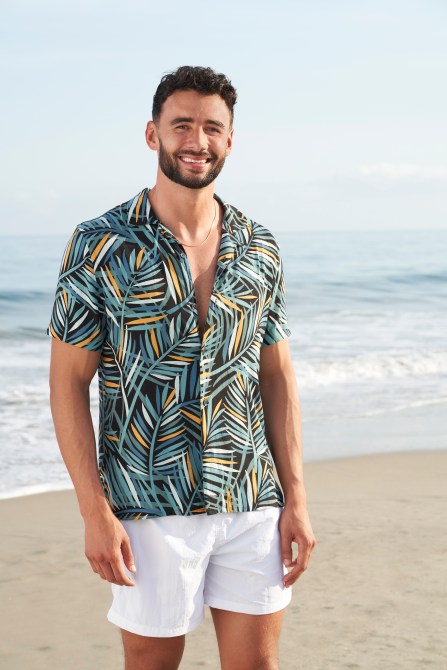 Brendan, a commercial roofer from Milford, Massachusetts, was a finalist on Clare and Tayshia’s Bachelorette season. He eliminated himself in the final four after he told Tayshia that his heart is “still broken” and needs “time to heal” after he divorced his high school sweetheart a year before The Bachelorette. 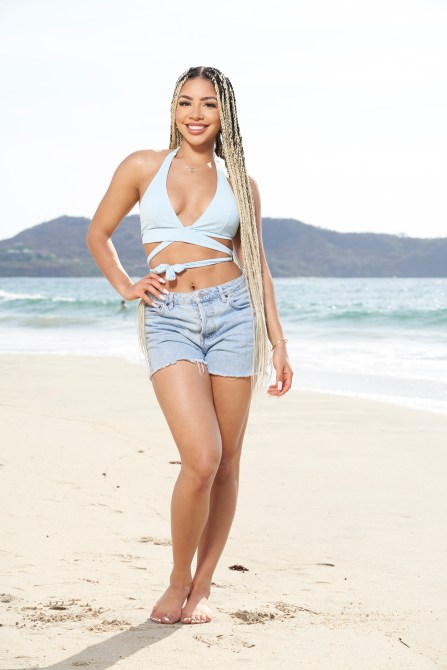 Deandra, a home care coordinator from Bar Harbor, Maine, is remembered for how she called Peter out on his season. After Peter allowed Alayah Benavidez to come back after her elimination and feud with Victoria Paul, Deandra told Peter in front of the whole cast: “I’m sorry, Peter, but I’ve never felt so under-recognized by somebody.” 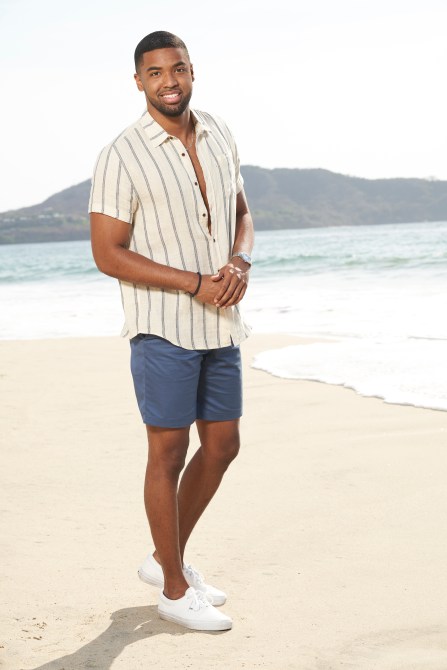 Ivan Hall, an aeronautical engineer from Dallas, Texas, came in third place on Tayshia’s Bachelorette season. Though his elimination came as a shock to viewers, Ivan later told his Instagram followers that he and Tayshia split because of their religious differences. Ivan told the “Off the Vine” podcast at the time that Tayshia “only wants to date a Christian” and because he’s not “religious,” the two couldn’t continue their relationship. “Atheist is taking a hard stance that there is no God, and that’s not what I believe at all,” he said. ”Agnostic is strictly saying I don’t know, basically. And that’s just how I feel.” 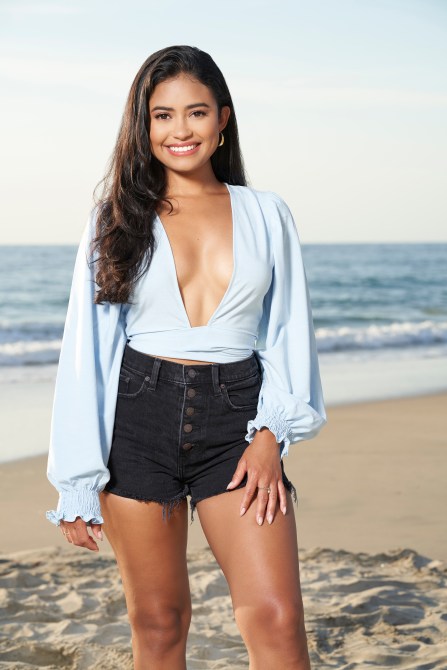 When she was eliminated: 6th place (Week 11)

Jessenia, a social media marketer from El Paso, Texas, is known for her feud with MJ Snyder on Matt’s season. Jessenia and MJ feuded after Jessenia accused MJ of lying to Matt and having three faces: one at the house, one in front of Matt and one when the cameras are on. Their feud ended after a two-on-one date with Matt, where he sent MJ home instead of Jessenia. 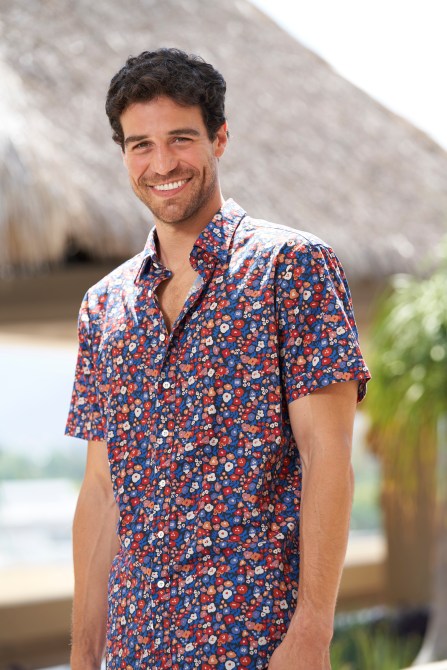 When he was eliminated: 22nd to 27th place – Week 1 (The Bachelorette); Week 5 (Bachelor in Paradise)

Joe (a.k.a. Grocery Store Joe), a grocery store owner from Chicago, Illinois, was eliminated on night one of Becca’s season. (The two later ran into each other at Bloomingdale’s.) Joe was also a contestant on Bachelor in Paradise season 5, where he had an on-again, off-again relationship with Kendall Long. The two left in season 5 single, but reunited at the “After the Final Rose” special. They split in 2020 after two years of dating. According to Kendall, the breakup was because Joe wanted to move back to Chicago while Kendall wanted to stay in Los Angeles. 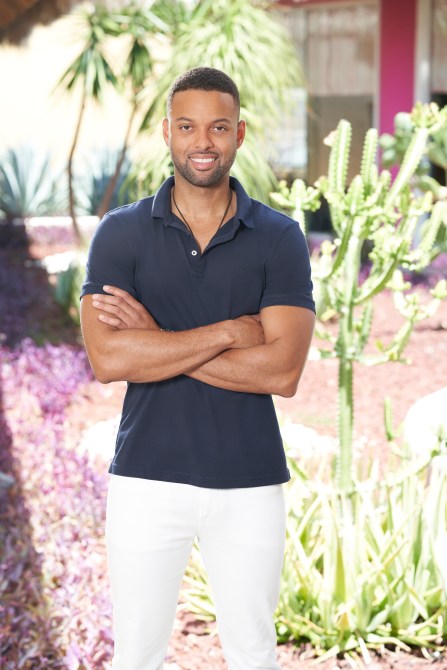 Karl, a motivational speaker from Miami, Florida, is remembered as one of the villains on Katie’s Bachelorette season. He became Public Enemy No. 1 among the cast after he told Katie that there were men on her season who weren’t there for the right reasons but wouldn’t name names or give any evidence. He was eliminated after his conversation with Katie. Karl was also originally cast on The Bachelorette season 16 with Clare and Tayshia but didn’t make the final cut. 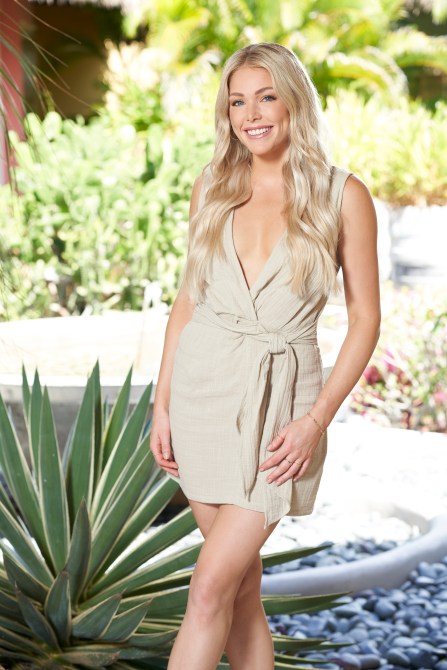 When she was eliminated: 5th place (Week 7)

Kelsey, a professional clothier from Urbandale, Iowa, was a finalist on Peter’s Bachelor season. Her most memorable moment came when a bottle of champagne exploded in her face while she was talking to Peter. The explosion came after she feuded with Hannah Ann Sluss, who unknowingly stole a bottle of champagne that Kelsey had brought from home to drink with Peter. 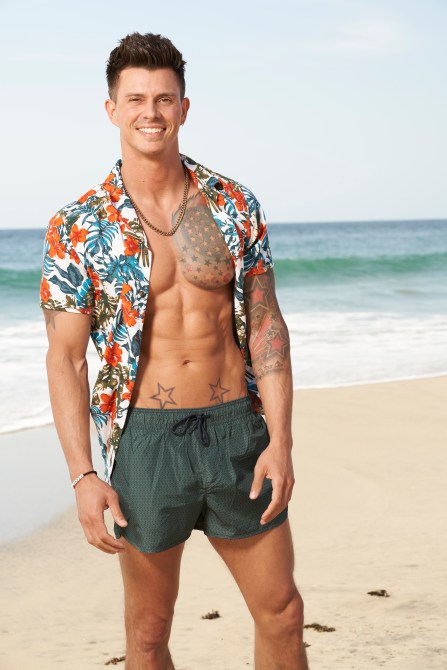 Kenny, a boy band manager from Oak Lawn, Illinois, was a contestant on Clare and Tayshia’s Bachelorette season. Aside from his occupation as a boy band manager, Kenny is perhaps remembered as one of the most vocal men to call out Clare for favoring her winner, Dale Moss, over the other contestants. 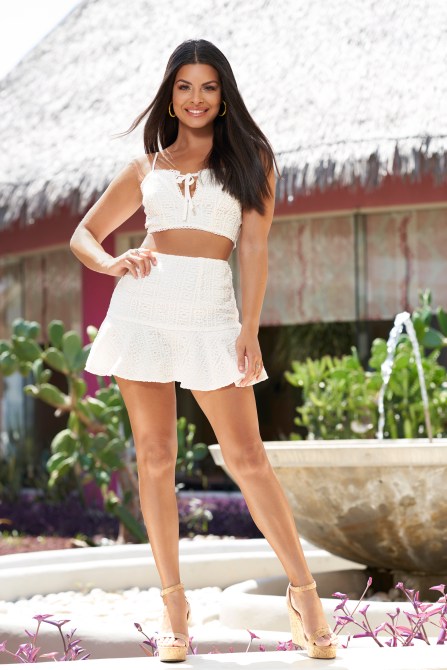 Mari, whose full name is Mariela, is a marketing director from Severn, Maryland. She was one of several beauty queens from Matt’s Bachelor season. Mari was Miss Maryland USA 2019 and a top 10 finalist in Miss USA 2019. 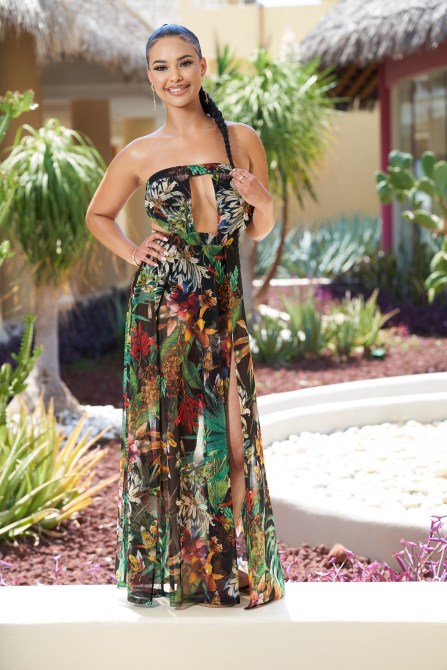 Maurissa, a patient care coordinator from Laurel, Montana, was eliminated on night one of Peter’s Bachelor season. There were rumors that she dated Mike Johnson from The Bachelorette season 15 with Hannah Brown, but Mike denied those rumors in an interview with Cosmopolitan. “Maurissa just reached out to me because I had said on IG, ‘Hey, I’m gonna be in Atlanta.’ It was my dad’s birthday and he lives in Atlanta and so she reached out. I mean, when you’re a Bachelor alum, you want to show love and respect for each other. So she said, ‘Hey, I have a few questions about, you know, how to navigate this world now. Can you help me out?’ And so, as Bachelor alum, we show love for each other, you just want to be there for her,” he said. 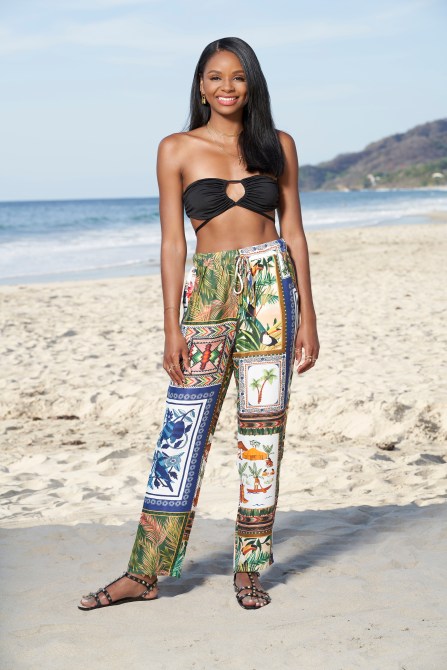 When she was eliminated: 6th place (Week 7)

Natasha, an event planner from New York City, was a finalist on Peter’s Bachelor season. Though Reality Steve reported that she was a villain on Peter’s season, she became one of his fan-favorite contestants. She’s a host of the “Click Bait” podcast alongside Tayshia and Joe. 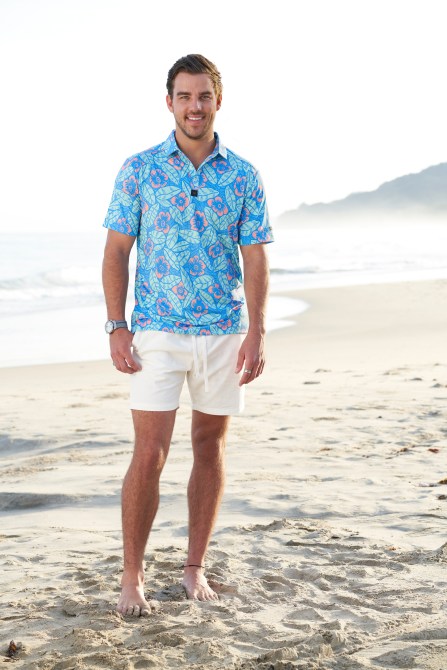 Noah, a registered travel nurse from Tulsa, Oklahoma, was one of four contestants who came mid-season on The Bachelorette season 16 after Tayshia replaced Clare as the Bachelorette. He was a villain on Tayshia’s season for his feud with many of the men. He’s also remembered for shaving off his mustache mid-date after Tayshia asked him what he would look like without it. 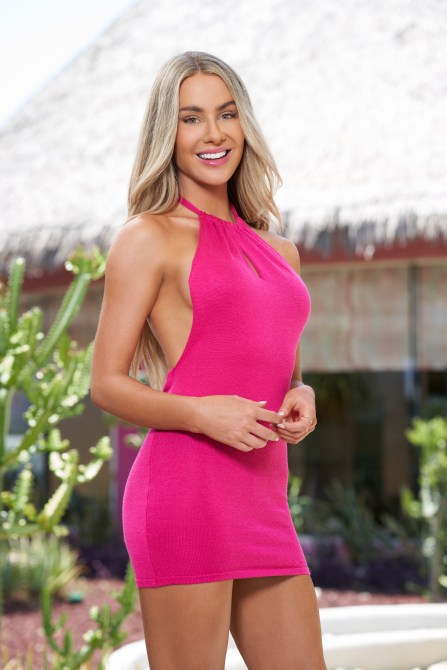 When she was eliminated: 10th place (Week 6)

Victoria P., a nurse from Alexandria, Louisiana, is remembered for her feud with Alayah on Peter’s season. Both Victoria P. and Alayah are former pageant queens. Victoria P. was Miss Louisiana USA while Alayah was Miss Texas USA. The two competed together in Miss USA 2019 and had drama. Victoria P. told Peter about her drama with Alayah, which led to Alayah’s elimination until the tables were turned back around on Victoria P. 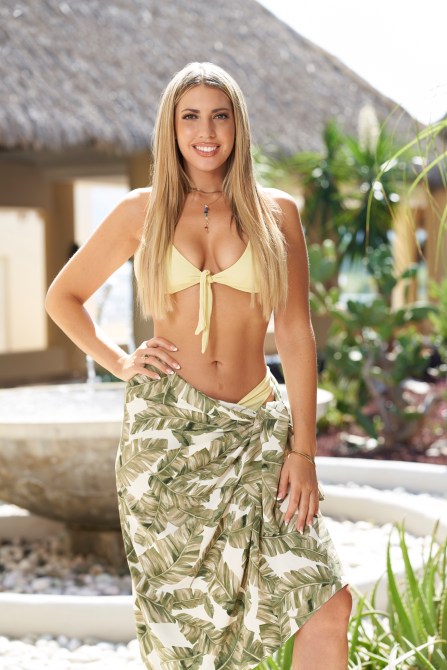 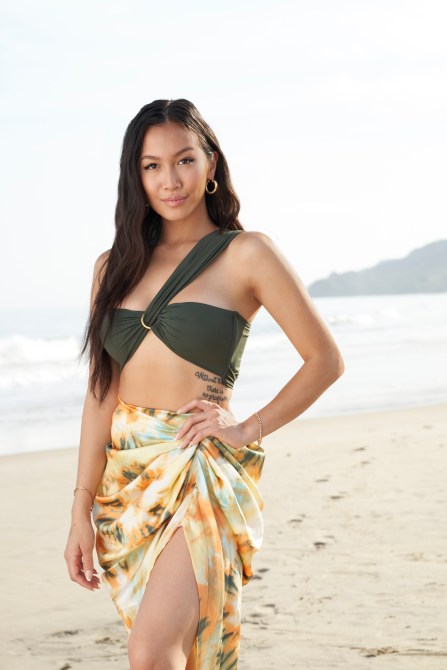 When she was eliminated: 9th place (Week 6)

Tammy, a house flipper from Syracuse, New York, was one of the controversial contestants on Peter’s Bachelor season. At his “Women Tell All” special, Tammy cried as she talked about the hate comments she received from the show. 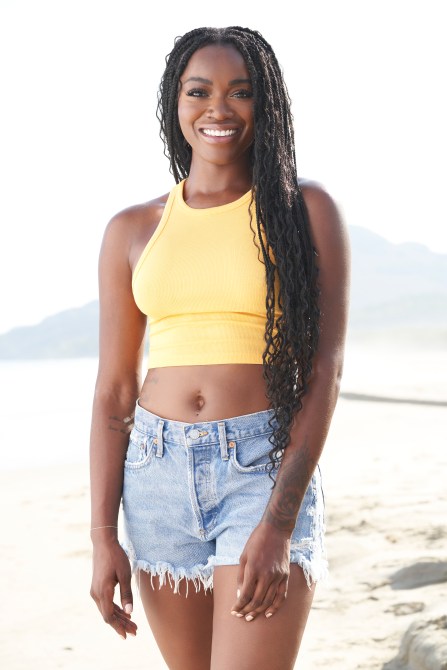 Tahzjuan, a business development associate from Castle Pines, Colorado, was eliminated on night one of Colton’s Bachelor season. She came in week 3 of Bachelor in Paradise season 6 but was eliminated that same week. 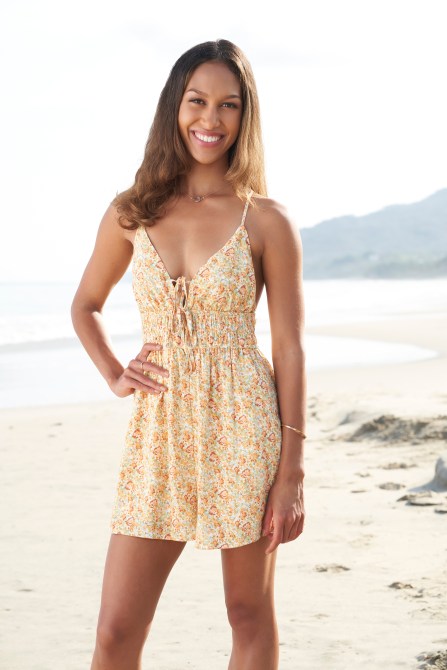 When she was eliminated: 4th place (Week 8 – Quit)

Serena P., a publicist from Markham, Ontario, was a finalist on Matt’s Bachelor season. She quit in the final four after her family told her that they had reservations about her relationship with Matt during “Hometown Dates.” 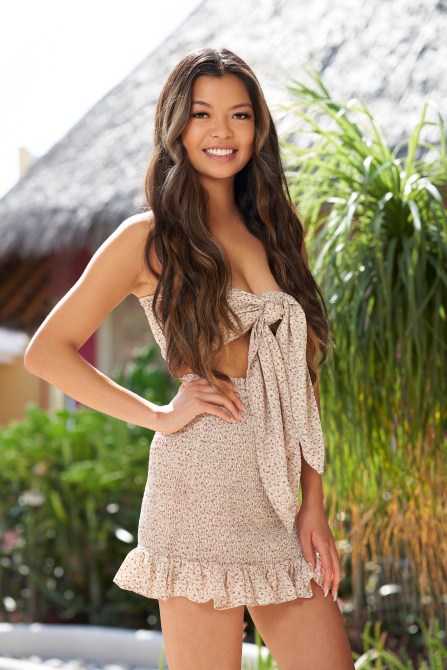 Serena C. a flight attendant from San Bruno, California, was a controversial contestant on Matt’s Bachelor season and is remembered for her meme-worthy reactions and facial expressions to various women.

Warning: Spoilers ahead. According to Reality Steve, there are more than 30 contestants on Bachelor in Paradise season 7. Here are other contestants who come on the show.