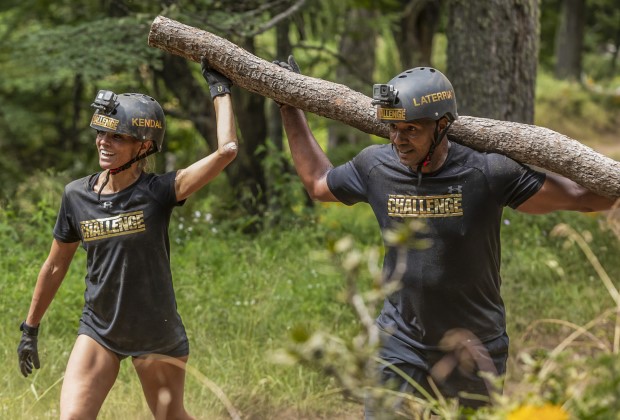 Arissa’s explosive Challenge: All Stars exit last week seemed like an impossible act to follow. That is, until host TJ Lavin pulled off the reality TV-equivalent of “hold my beer.”

Just when we thought we knew how this game would play out, some major changes were unleashed in Thursday’s episode that shook the house to its core. For starters, the Lifesaver was eliminated, but that’s nowhere near as crazy as the game-changing elimination twist that dropped jaws and caused absolute pandemonium. How’d it all go down? Read on for the highlights.

At the top of the episode, Syrus tells us how upset he was over his last appearance on The Ruins, saying he went out like a sucker. (He lost to Cohutta in the Hog Tie competition.) This time, he’s here to redeem himself, and if we read between the lines of the edit, it feels like he’s probably going into elimination, right?

DAILY CHALLENGE | It’s time for a “mini final challenge,” says TJ, where teams of six will solve a series of checkpoints, while carrying a brutally heavy log throughout the miles-long race. Eventually, the groups will get smaller, and players will carry a smaller log solo to the finish line. This is when TJ ixnays the Lifesaver and tells them: “If I was you, I would win,” which immediately sets off Jemmye’s spider-sense. “Whenever TJ is vague with his words, you have to pay extra attention because some s–t is always about to pop off,” she says. She’s not wrong!

Syrus runs with a sprained ankle, which would be tough for any daily challenge, but this footrace could be his ultimate downfall. Despite his injury, it’s Alton who gasses out and slows down the team, which is surprising considering the guy’s an absolute physical specimen. But they’re not the only ones struggling. Katie says she’s “breathing like a farm animal,” while Darrell and Eric both call for mid-trek breaks.

After the excruciating log hike, a tricky color puzzle and an individual sprint, Laterrian wins the challenge and safety from the male elimination, while Kendal wins for the women. Finishing in last place is Syrus and Beth, and you know what that means — Sy and his bum ankle are heading straight to The Arena.

DELIBERATION | Back at the house, Syrus is heated. He blames Alton for his loss, despite the fact that he and Beth botched the puzzle on their own. Alton calls Sy a “sore loser” in an interview. No surprise here, Alton is Sy’s pick for who he wants to face in the elimination.

At deliberation, Mark delivers Syrus’ request, but Alton points the finger at Eric, who finished the challenge in second-to-last place. Though Eric does get three votes cast his way, Alton’s fate is sealed with eight. 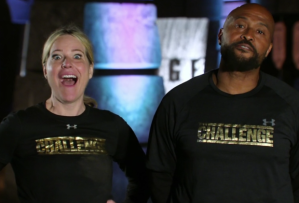 THE ARENA | TJ calls Syrus and Alton down to the sand, but before he explains the night’s game, he drops a major bomb. Not only is Laterrian safe for the night, but Kendal is safe, too… because from here on out, every elimination is a double elimination.

Since Beth was the other loser at the challenge, her life in the game is also on the line! She becomes Syrus’ teammate, while Alton gets to pick his own female partner. It’s a potential death sentence for the poor soul he selects, and unfortunately for the elimination queen Aneesa, she gets chosen for battle.

In “Over and Under,” each duo must launch a weighted ball over a wall, while one teammate climbs up and over the wall, and the other punches through it. They must tackle the complete series of four walls a total of five times.

Syrus and Beth hold their own until Syrus takes a couple hard falls on his busted ankle. Meanwhile, if anyone had been doubting that Alton is the number one threat in the house, he makes it crystal clear. He and Aneesa fully lap Beth and Syrus, and pretty soon, TJ’s horn blares: the two A’s emerge victorious.

In their exit interview, Syrus is fuming. He drops heaps of F-bombs in mere seconds, stating “this ain’t over” and wishing for a “physical f–king event next f–king time.” He walks out of frame, allowing a shocked Beth to sweetly reply, “Anyway, I had so much fun!” Say what you want about Beth’s long and very polarizing history in this franchise, but it was great to see her back in action.

Would Syrus have been better off going against Big Easy? Glad Alton and Aneesa are sticking around? Sound off in the Comments!