At this year’s Comic-Con Experience (CCXP) in So Paulo, Brazil, the panels for Disney’s Marvel Studios kicked off the weekend’s events with big news about Phase 5 of the franchise. President and producer Kevin Feige and the cast of Guardians of the Galaxy Vol. 3, the third and final movie in director James Gunn’s MCU trilogy, were at the panels. There, they finally showed the world the first official trailer. 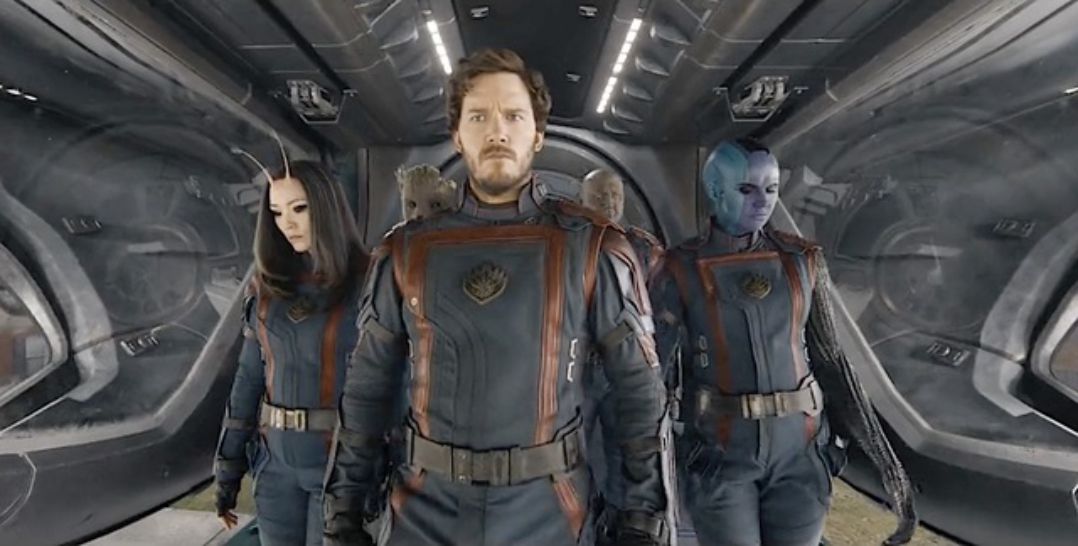 On Thursday, CCXP jumped right into the panels for Phase 5’s Ant-Man and the Wasp: Quantumania and the last part of the GotG trilogy, Vol. 3. Gunn was hesitant to show the trailer to the public at SDCC in July because of problems with VFX shots. However, a few months later, the director finally showed the first trailer for his last Guardians of the Galaxy movie.

In the trailer, we see that Gamora (Zoe Saldana) is now working for the Ravagers and trying to tell Peter Quill (Chris Pratt) that the Gamora he loves is no longer here. Like the two before him, Star-Lord has a soft spot in his heart for music, and the soundtrack will no doubt show that. Gunn uses Spacehog’s “In the Meantime” for the trailer, which shows the Guardians leaving on their next and last adventure.

Before the trailer came out, we knew Vol. 3 was the most emotional. After what happened in Avengers: Infinity War, the Gamora who joins Quill’s group of good-hearted thieves isn’t the same one who fell in love with him in earlier movies. On top of the already sad parts, the next film will add Will Poulter’s Adam Warlock and Chukwudi Iwuji’s High Evolutionary as new threats. Bradley Cooper’s Rocket Raccoon will also have a heartbreaking backstory.

This month, Gunn’s Guardians of the Galaxy Holiday Special came out exclusively on Disney+ as a fun Christmas treat for fans. The funny special brought actor Kevin Bacon into the MCU and gave us scene after scene of Drax (Bautista) and Mantis (Klementieff) riffing off each other, but it also had its jokes. The biggest news from the GotG Holiday Special was that Mantis is Quill’s sister and that Ego, played by Kurt Russell, is also her father. We also learned that the Guardians bought Knowhere from the Collector (Benicia del Toro), basically adopted Cosmo the Spacedog (Maria Bakalova), and are now traveling on a new ship called Bowie. Groot (Vin Diesel) has grown much since we last saw him.

Guardians of the Galaxy Vol. 3 will be the second movie in Phase 5 of the MCU. It will come out in theatres on May 5, 2023. Here’s where you can watch the new trailer: