The Flash’s Carlos Valdes: There Was a ‘Poetry’ to Cisco’s Musical Send-Off 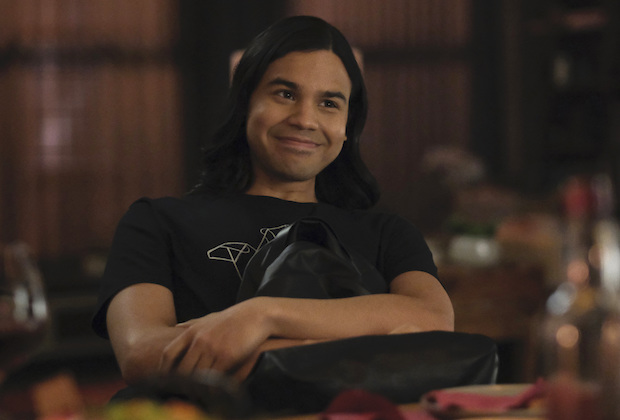 In original cast member Carlos Valdes‘ penultimate appearance on the CW series, after Team Flash battled (a kinder, gentler?) Rainbow Raider 2.0, Cisco and Kamilla readied to relocate to Star City, where the former had landed a choice gig with A.R.G.U.S. at the Cosmic Emergency Management Agency. (Thanks for the reco, Dig and Lyla!)

The karaoke’d Lady Gaga tune, you may remember, was playing inside S.T.A.R. Labs when Barry first came out of his coma after being zapped by the particle accelerator explosion. “He likes this song,” Cisco suggested to Caitlin in the series’ October 2014 pilot, as Barry’s nine-month coma came to an end. (“How could you possibly know that?” asked Caitlin. “I checked his Facebook page,” Cisco explained.)  You can watch that pilot scene down below. 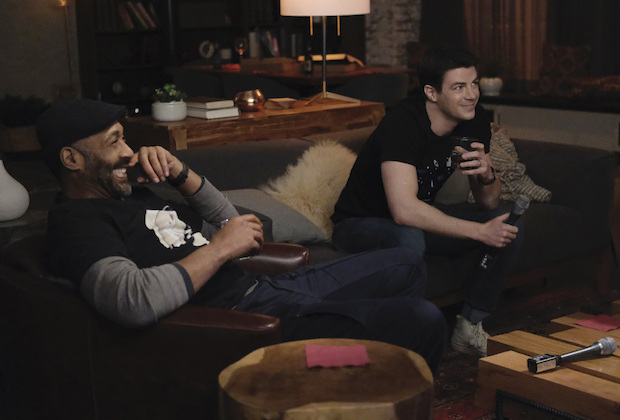 Cuing up the super, musical callback “caters to the fans that really catch all these Easter Eggs, who catch all these details,” Valdes notes. “‘Poker Face’ has been a pretty consistent wink on our show — though as with most recurring things, it wasn’t really planned. It just kinda, like, happened.”

Valdes — whose final, final appearance will be in the Season 7 finale — tells TVLine that he personally “loved the choice” of karaoke tune, given that there is “a full circle aspect to it. I mean, in the very first scene that Cisco appears, in the whole Flash series, you hear that song. So there’s a cyclical poetry about it.”

Yes, but is there an alternate take where Valdes (whose stage credits include Broadway’s Once and the national tour of Jersey Boys), Martin (a Broadway vet) and Gustin (whose vocal talents were previously highlighted in the musical Supergirl crossover) sing “Poker Face” to the very best of their abilities, and not in character?

“You know, anything is possible… Maybe as a [DVD] special feature!” jokes Valdes.

Want scoop on The Flash, or for any other show? Email [email protected] and your question may be answered via Matt’s Inside Line. 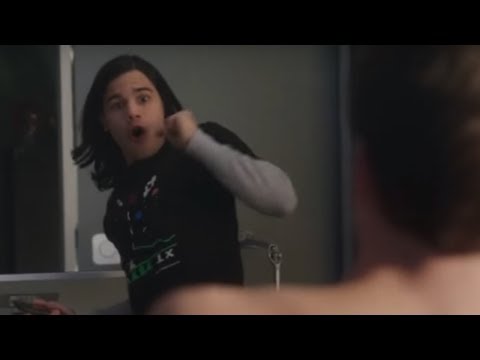