The match between Manchester United and Liverpool at Old Trafford, which was postponed due to fan protests in the stadium, will now be played on May 13. 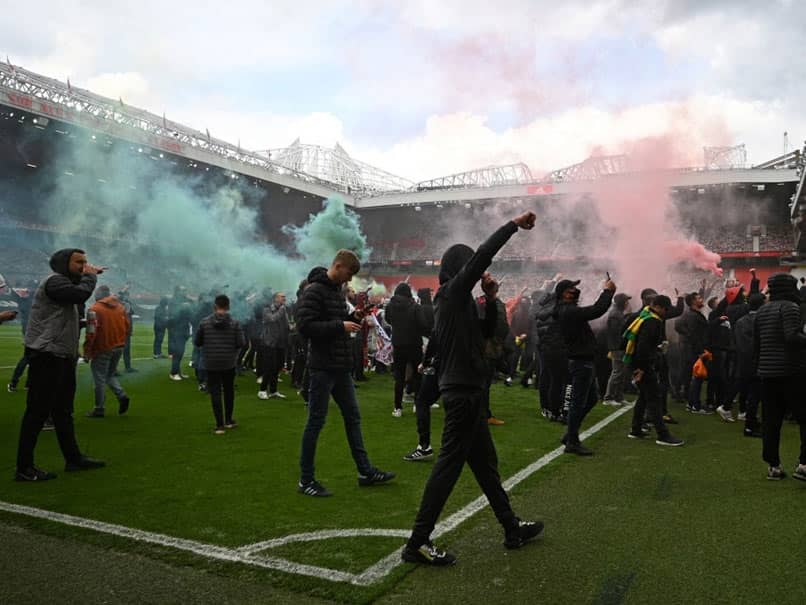 Manchester United will have to play three Premier League matches in five days after their postponed clash with Liverpool was rearranged for May 13. United were due to host bitter rivals Liverpool on Sunday, but the game was postponed after hundreds of fans broke into Old Trafford in protest at the club’s owners the Glazer family. The protestors, angry at the Glazers’ involvement in the failed European Super League plan, damaged the Old Trafford pitch and set off flares, while police were peppered with missiles outside the stadium.

That match has now been rearranged for May 13, which follows hot on the heels of United’s May 9 trip to Aston Villa and home match against third-placed Leicester on May 11.

United manager Ole Gunnar Solskjaer is unlikely to be impressed by the scheduling as a challenging season comes to a frantic conclusion.

“Each of our three remaining Old Trafford dates, against Leicester City, Liverpool and Fulham, have been rearranged, with the first two affected by Sunday’s postponement,” United said on their website.

“The scheduling of that fixture means the visit of Leicester – already rearranged due to the Foxes’ involvement in the Emirates FA Cup final – has been put back 24 hours to Tuesday 11 May.”

Assuming Solskjaer’s men do not blow their 6-2 Europa League semi-final first leg advantage against Roma, they will be playing seven matches in 21 days.

Among those fixtures will be the return of fans to Old Trafford for the first time since March 2020.

The Premier League’s updated fixture schedule confirmed that United’s home match against Fulham will be among the first to host supporters when coronavirus restrictions are lifted on May 17.

Shubho Paul has been selected by Bayern Munich for their World Squad (u-19), and is a part of I-League outfit Sudeva FC.