It’s long been teased and now finally DC Comics fans have their first look at The Rock as comic book supervillain Black Adam. But while this was officially teased by Dwayne Johnson for virtual event DC FanDome later today, a couple of set photos from the 2022 movie have leaked in the last few hours. The snaps see the 49-year-old in his Black Adam suit with a faded yellow lightning bolt on his chest in front of a blue screen.

The Rock may lack Black Adam’s pointed ears and hair, but DC fans are very happy with his look overall.

A fan called scbidmad commented: “The question is will he nail it? Absof***inglutely.”

While Bay Lopez wrote: “Not any different than I expected… it’s The Rock in a Black Adam suit. I was already hyped years ago.”

And Oliver Brooks added: “He needs no muscle pads cause he is already jacked plus this looks cool.”

BREAKING: The first look at @TheRock’s #BlackAdam on set has been revealed! pic.twitter.com/z9SU0w5gXp

Dwayne himself posted a video tease ahead of his official Black Adam first look later today.

He captioned it: “The wait is over. TOMORROW. The Man in Black comes around. Ruthless and unstoppable.

“The hierarchy of power in the DC UNIVERSE is about to change. A WORLD EXCLUSIVE first look.”

In the clip, Doctor Fate star and former James Bond Pierce Brosnan said: “Nothing compares to this.”

The wait is over.
TOMORROW..
The Man in Black comes around.
Ruthless and unstoppable.
The hierarchy of power in the DC UNIVERSE is about to change.
A WORLD EXCLUSIVE first look. #DCFanDome #BlackAdam pic.twitter.com/Qs4WkLNCOk 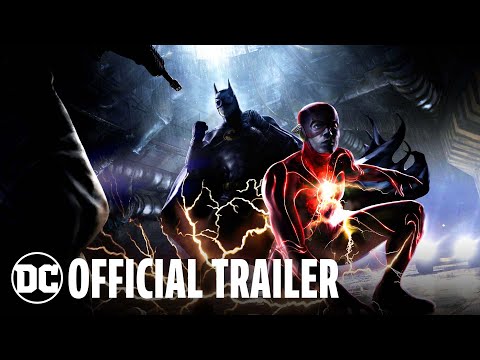 While The Rock himself said: “The hierarchy of power in the DC Universe is about to change.”

DC FanDome takes place virtually today from 10am PST, which is 6pm BST, and also sees sneak peeks at other upcoming DC movies like Robert Pattinson’s The Batman and Ezra Miller’s The Flash.

In DC comics, Black Adam aka Teth-Adam is an antihero from Kahndaq who was imprisoned for 5000 years.

He goes on to become the archenemy of the superhero Shazam, with who he shares powers from the ancient wizard of the same name.

In the Black Adam movie, The Rock’s character will take on the Justice Society of America.

Black Adam is released on July 29, 2022 and will be followed by The Flash, which features both Ben Affleck and Michael Keaton’s Batmans on November 4, 2022.

While Aquaman and the Last Kingdom releases on December 16, 2022 and Shazam! Fury of the Gods arrives on June 2, 2023. The Batman, which is set in another universe lands in cinemas on March 4, 2022.

Next James Bond: 007 boss confirms gender and nationality of next star