During its visit today, the committee met with the chairman of the European Parliament’s Foreign Affairs Committee, David McAllister, and some Parliament officials.

During the meeting, Dr Fadel stressed that the Kingdom of Saudi Arabia is facing a war in Yemen against terrorist militias and is working to stop terrorist attacks targeting vital civilian areas and oil installations in the Kingdom, and is seeking a political solution in Yemen to achieve security and pace for the Yemeni people, through their constant pursuit of dialogue between Yemenis.

For his part, the chairman of the European Parliament’s Foreign Affairs Committee referred to Iran’s hostile behavior in the region.

During the meetings held today at the headquarters of the European Parliament, the members of the commission presented a clarification on the permanent and solidarity positions of the Kingdom for security and pace around the world, on various international and regional issues, the Kingdom’s efforts to combat terrorism and its role in deterring terrorist militias that undermine security in the region and threaten shipping and its impact on global oil supplies.

During the meetings, the Shura delegation affirmed the position of the Kingdom of Saudi Arabia in support of the dialogue, aimed at reaching a comprehensive political solution to the current crisis between Russia and Ukraine, and its willingness to provide efforts that help to achieve a solution to this crisis, indicating the understandings made during the contacts received by His Royal Highness Prince Muhammad bin Salman bin Abdulaziz, Crown Prince, Deputy Prime Minister and Minister of Defense – may God protect him – from the Russian President and the Ukrainian President during the last period. 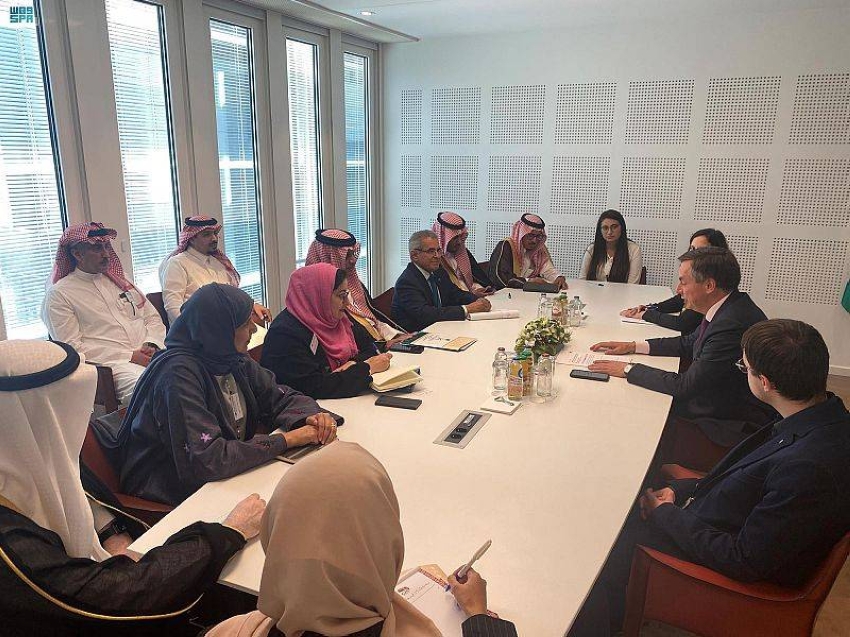 During the meetings, the members of the Committee referred to the transformations and changes that the Kingdom is experiencing in many fields, presenting a summary of the contents of Kingdom’s Vision 2030, the support provided to women in the Kingdom of Saudi Arabia, the updates taking place in the regulations and legislation of the Kingdom and its efforts in the field of human rights.

Meetings of the members of the Saudi Parliamentary Friendship Committee with the European Parliament in within the Shura Council in Parliament today discussed the possibility of exempting citizens of the Kingdom from entry visas to EU countries and the benefits this will bring for the European Union and Saudi Arabia in all fields.

The meetings were attended by the head of the mission of the Kingdom of Saudi Arabia to the European Union, Ambassador Saad bin Muhammad Al-Arifi, and the members of the Council, the members of the Saudi Parliamentary Friendship Committee with the European Parliament, Dr. . Khalid bin Mahmoud Zubair, Raeda bint Abdullah Abunayan, Dr. Mutaib bin Ayed Al-Mutairi and Dr. Hadi bin Ali Al-Yami, Huda bint Abdul Rahman Al-Halisi.

With an agreement with Turkey, a solution to the problem of Finland’s accession to NATO

With an agreement with Turkey, a solution to the problem of Finland’s accession to NATO