The Voice: Season 20’s Best Blinds, Ranked — Is the Winner Among Them? 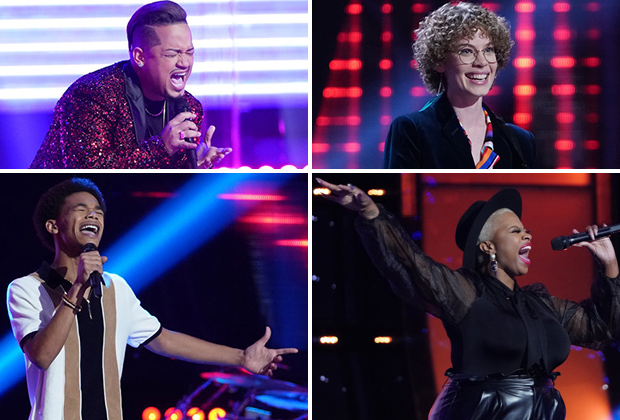 Maybe it’s only because at this point time has ceased to have any meaning for a lot of us, but it really does seem like only yesterday, doesn’t it, that The Voice began its Season 20 Blind Auditions? Yet as of Monday’s episode, that was it, they were done. Finished. Complete.

Immediately after the closing credits began to roll — OK, technically, at the halfway point, when the show moved on to a recap of the Blinds — we started tackling our task: evaluating the 40 contestants that had inspired a chair turn from at least one of the coaches, Blake Shelton, Kelly Clarkson, John Legend or Nick Jonas. So we consulted our Nick’s Notes, doing our best to recall which singers had made our heads enthusiastically bobble like the one on the figurines that Blake was offering his team members as a welcome gift.

Now, after checking our records, in some cases twice — oh, those poor vocalists whose tryouts we had utterly forgotten — we’re ready to reveal our picks for the wannabes who delivered Blinds that made us see stars. Among them are a snazzy-dressing belter whose runs go on for metaphorical miles, a gospel singer who elevates every note to a religious experience, a rocker with a rasp so powerful, it almost sounds like it hurts, and a country singer whose sweet demeanor got him dubbed the “tender cowboy.”

Ready to see which 10 singers made the cut? Just click on the photo gallery above or go here for direct access. Then hit the comments with the names of the contestants you think we had to be tone-deaf to have left out.

Taarak Mehta Ka Ooltah Chashmah: Only True Fans Would Be Able To Recognize Jennifer Mistry Bansiwal In These Throwback Pictures

RRR Song Dosti Out! SS Rajamouli Brings Together Best Of The Best