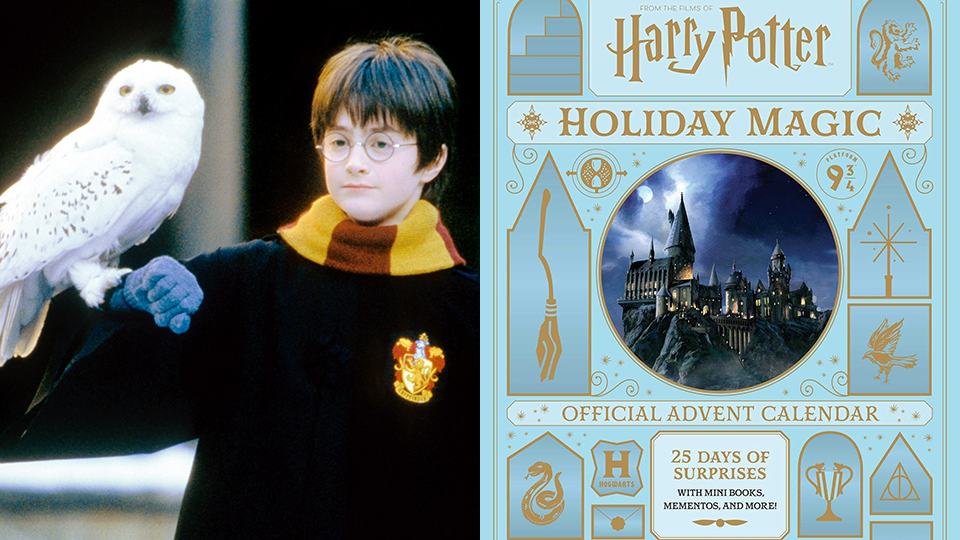 A magical Christmas. There’s a Harry Potter advent calendar, and it includes 25 days of book-themed surprises—including ornaments based on each Hogwarts house.

Created Insight Editions, the brand behind collectible books and advent calendars for Friends, Marvel, Star Wars and more franchises, this Harry Potter advent calendar—which is titled Harry Potter: Holiday Magic: The Official Advent Calendar—has 25 door that fans can open as they count down the 25 days to Christmas. Inside the doors are more than 25 exclusive Harry Potter collectibles such as ornaments and recipe cards based on iconic dishes from the books and movies. Among the keepsakes are a Hedwig keychain, a replica Platform 3/4 ticket, a collectible Patronus card and ornaments based on each Hogwarts house: Gryffindor, Slytherin, Ravenclaw and Hufflepuff.

Along with festive Harry Potter-themed keepsakes, the calendar is also decorated with intricate holiday-inspired illustrations of items and locations from the books, as well as stills and behind-the-scenes photos from the movies, which starred Daniel Radcliffe, Emma Watson an Rupert Grint as the magic-wielding trio Harry Potter, Hermione Granger and Ron Weasley.

Harry Potter: Holiday Magic: The Official Advent Calendar is available for pre-order on Amazon and will be released on September 21, 2021. But don’t wait to order it. If the Harry Potter advent calendar is anything like other Insight Edition advent calendars (which sell out well before they’re officially released), we recommend that you pre-order this Harry Potter fan item now. 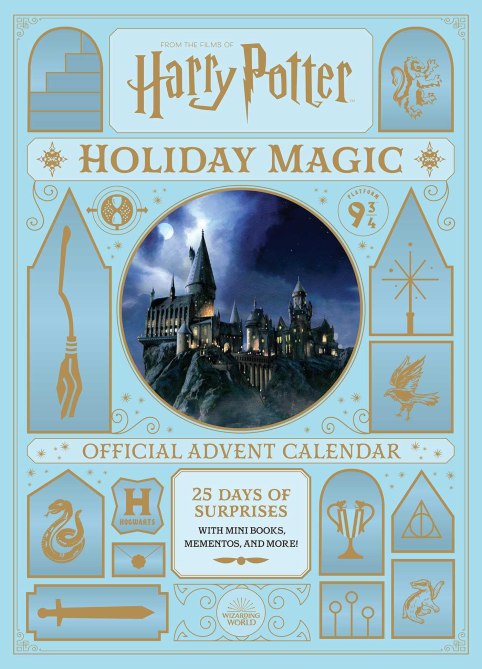 The Harry Potter series, written by J.K. Rowling, released its first book, Harry Potter and the Philosopher’s Stone, in June 1997. The series follows a young wizard named Harry Potter and his friends, Hermoine Granger and Ron Weasley, as they attend the Hogwarts School of Witchcraft and Wizardry. The books also followed Harry on his mission to stop Lord Voldemort, a dark wizard who killed his parents and wants to rule both the wizard and Muggle (non-magical) world.