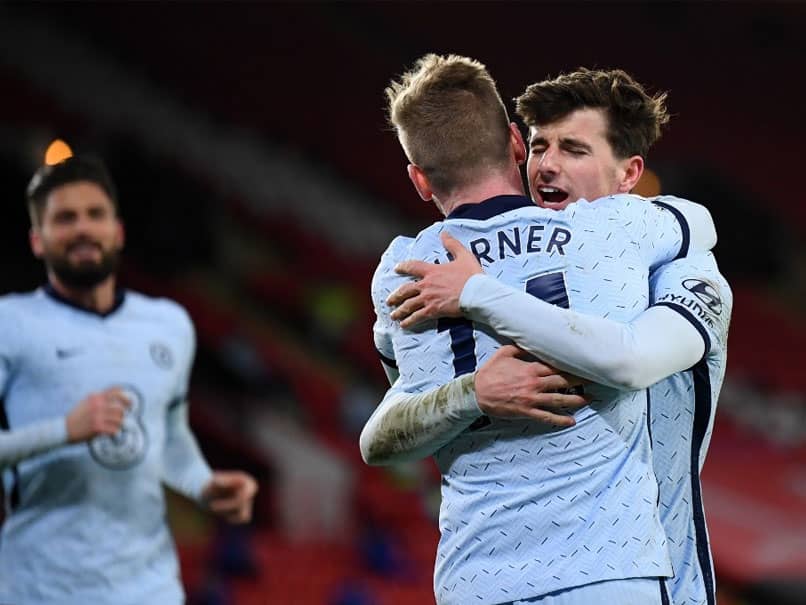 Chelsea manager Thomas Tuchel hailed Timo Werner’s contribution to a 2-1 win at bottom-of-the-table Sheffield United despite the German international’s Premier League goal drought extending to 11 games. Werner set up Mason Mount’s opener and won the decisive penalty, converted by Jorginho, as Chelsea closed to within a point of the top four with a third win in Tuchel’s four games in charge. “When he plays like this we are very happy,” said Tuchel. “This was a big step forward. The first goal was an amazing run and amazing assist. The goals will come.”

Werner was left on the bench for Frank Lampard’s final two league games before the former England international was sacked last month.

One of Tuchel’s targets is to get the 24-year-old producing the prolific numbers he did for Leipzig in the Bundesliga.

But despite the lack of goals, there were signs of Werner’s confidence coming back against the Blades.

“For myself, again no goal but it is good to see I can help the team with other things,” said Werner.

“I am happy when we win and with two assists but as a striker you want to score. It has been a long time and I have not had this long without in my career.”

Chelsea are now breathing down Liverpool’s necks for a place in next season’s Champions League after the defending champions were thrashed 4-1 at home by Manchester City earlier on Sunday.

Tuchel has benefited from a kind run of fixtures to bed himself into English football, but the former Paris Saint-Germain manager has quickly implemented his ideas.

Any suggestion Mount, who shot to prominence under Lampard, would be a casualty of the change of management have proven unfounded as the England international was again Chelsea’s most dangerous player.

Mount rounded off a brilliant team move, also involving Ben Chilwell and Werner, to give Chelsea the half-time lead their dominance deserved at Bramall Lane.

Tuchel’s men had barely even faced a shot at goal in their previous three games against Wolves, Burnley and Tottenham, but finally conceded thanks to a self-inflicted blow.

Antonio Rudiger is one of those to have benefited from Lampard’s departure after being frozen out for much of the season.

But the German defender did his new boss little favours as his attempted back pass beat the onrushing Edouard Mendy and rolled into his own net.

“Still no goal from the opponents, but we did it ourselves,” said Tuchel.

Luckily for Rudiger, the Blades offered up a gift of their own within four minutes when Werner pounced on Jayden Bogle’s short back pass and the German international was brought down by Aaron Ramsdale as he tried to round the goalkeeper.

Jorginho did not use his trademark stutter-step in scoring the winner at Spurs from the spot in midweek, but used it to good effect to send Ramsdale the wrong way.

The young goalkeeper then looked like he may become the first concussion substitution in the Premier League for the blow he took to the head in upending Werner, but was allowed to complete the match after a medical assessment.

At the other end, Mendy had to make a big save deep into stoppage time to turn Billy Sharp’s acrobatic effort to safety and maintain Tuchel’s early momentum.

Premier League: Mason Greenwood stood out for Manchester United with twin strikes in their 3-1 win against Burnley, while Arsenal survived a scare with...

European football’s governing body said it had learned that some English, Spanish and Italian clubs might announce a breakaway competition.

Previous articleJio vs Airtel vs Vi: Dhansu plan of less than ₹ 200, data and free calling will get insurance of ₹ 2 lakh
Next article´Killer´ mistakes costly for Liverpool as Klopp targets top-four finish