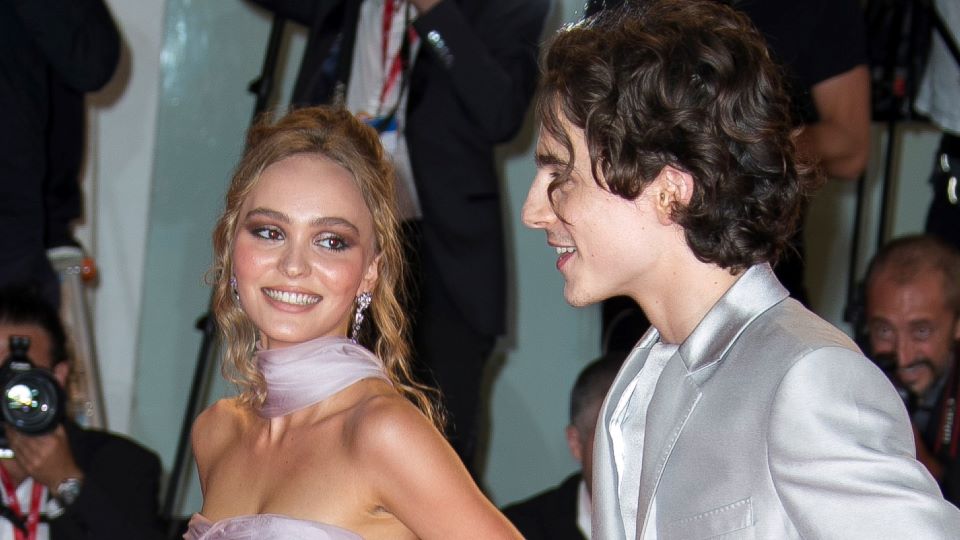 Some fans are convinced Timothee Chalamet and Lily-Rose Depp are back together after breaking up a year ago. The former flames first sparked rumors of a reconciliation in early April, after they were both spotted out and about within minutes of each other in New York City—and now, the duo have finally appeared to be photographed together for the first time since their split.

A social media user, @gloriialin, took to Twitter to share an alleged photo of the couple walking side by side. “TIMOTHEE CHALAMET AND LILY ROSE DEPP WERE SEEN TOGETHER IM SO HAPPY,” they captioned the blurry shot. While it’s unclear if the photo is actually of Lily-Rose, 21, and Timothee, 25, sources have already begun sharing details about their reunion. InTouch was the first to report that the Dune actor and model were back together, with an insider telling the site on April 6, “they’re both super happy.”

“They’re a private couple and are keeping their romance out of the spotlight,” the source added. “It works better for them that way.” The insider went on to claim that Lily-Rose and Timothee “got back together in January and are stronger than ever,” after realizing “what they’d lost” following their split in April 2020.

According to a separate source who spoke to Us Weekly, “They were pretty playful and flirty with each other” when they first started dating back in October 2018. The notoriously private pair were last photographed together in September 2019 while on vacation in Italy. The young Hollywood couple was packing on the PDA in the flicks, which Timothee later admitted made him “embarrassed” as the photos became public.

“I went to bed that night thinking that was one of the best days of my life. I was on this boat all day with someone I really loved, and closing my eyes, I was like, indisputably, ‘That was great,’” he told GQ of the photos in 2020. “And then waking up to all these pictures, and feeling embarrassed, and looking like a real nob? All pale? And then people are like: ‘This is a P.R. stunt.’ A P.R. stunt? Do you think I’d want to look like that in front of all of you?!”

In June 2020, Timothee was recently rumored to be dating Eiza González after they were spotted getting cozy during a trip to Mexico. For her part, Lily-Rose—who is the daughter of actor Johnny Depp and model Vanessa Paradis—was recently linked to British model Ash Stymest.

Avengers Endgame theory: What timeline is Captain America in? ‘Gone’