Today at the Euros: Wales, Switzerland and Turkey look to join Italy in last-16 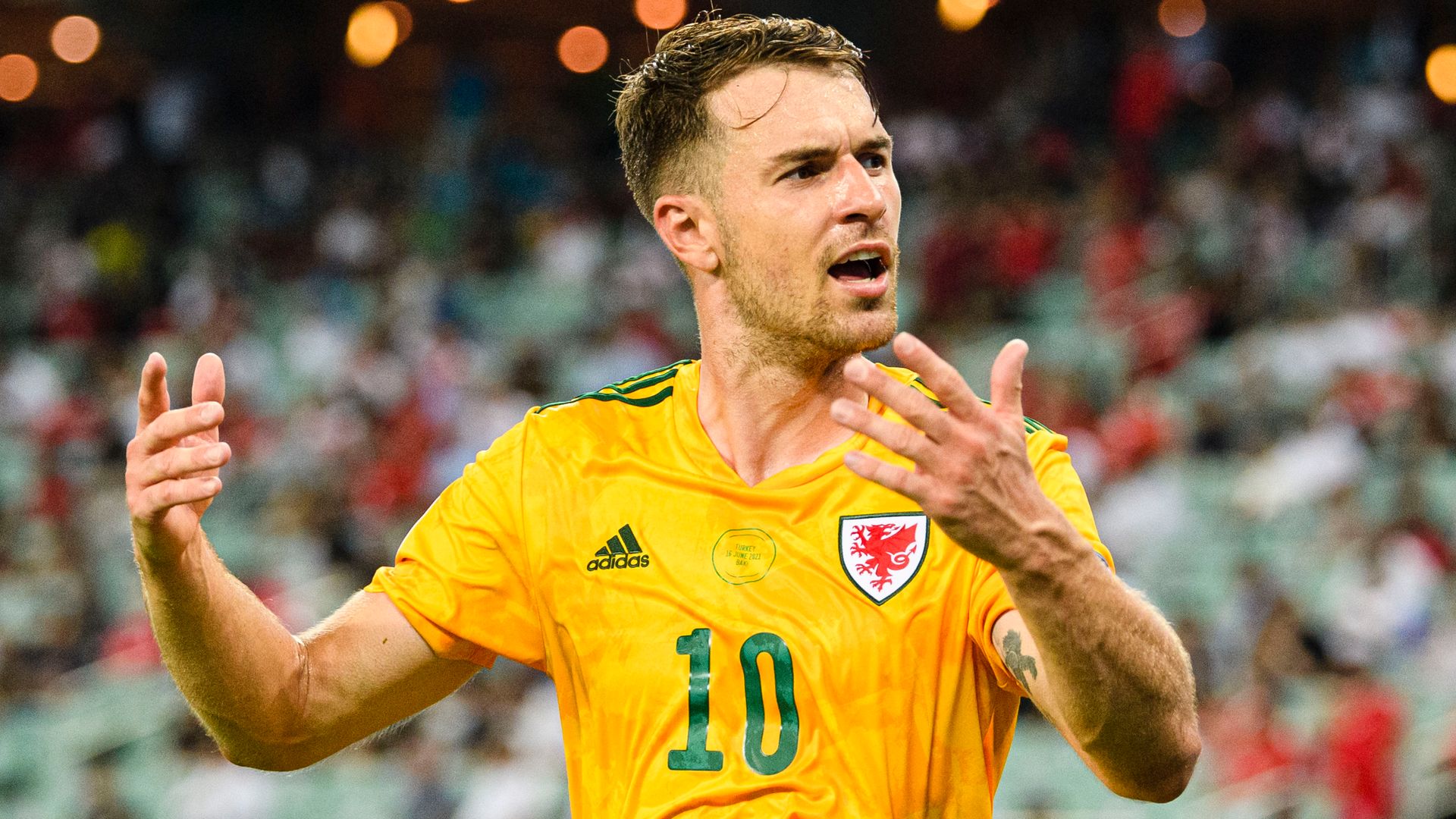 The final round of Euro 2020 group games start on Sunday, with Turkey, Switzerland and Wales all hoping to join Italy in the last-16.

Italy have already guaranteed their spot in the next round after winning both of their opening two games, and will secure first position in Group A as long as they avoid defeat in their final group match against second-placed Wales.

A point at the Stadio Olimpico in Rome would also be enough to guarantee Rob Page’s unbeaten side their own place in the knock-out stages, although even a defeat coupled with a goal difference swing of less than five over third-placed Switzerland would see them finish second.

The Italians did not even qualify for the World Cup in 2018 but back-to-back 3-0 wins have continued their unbeaten run to 29 matches in all competitions, and have heightened talk that the 2012 finalists could return to the top in this year’s European Championships.

“They’re a great team with not a lot of weaknesses – and have had two great games,” said Wales winger Daniel James, part of a Manchester United side that won a Europa League tie in March when beating AC Milan at the San Siro.

“They’ve got players like (Giorgio) Chiellini and (Leonardo) Bonucci, legends of the game who are coming towards the end of their career but still at the top level.

“They are the type of players you look up to, but we believe we can get a result. We’re full of confidence and we don’t go into any game playing for a draw.

“We want to win every game and we fully believe we can do that. We showed that in the past Euros and in our recent form.”

Switzerland are still looking for their first win at this year’s Euros and anything but three points in Baku against Turkey, who have lost both of their games so far, will likely see them eliminated in the group stages.

The Turks need an almighty run of luck to make it out of Group A whatever happens – as their goal difference of -5 would leave them in a sticky situation in the third-placed rankings which decide who joins the 12 qualifying teams in the last-16.

Manager Vladimir Petkovic has come under increasing pressure for Switzerland’s poor performance in this year’s group stages. He came into Euro 2020 as the tournament’s third longest-serving coach, but prior to Wednesday’s 3-0 hammering by Italy had not seen his side beaten in the group stage of a tournament finals since taking the reins in 2014.

He took the unusual step of pleading with the country’s fans to get behind their team ahead of their must-win game in Azerbaijan on Sunday, which will again feel like a home game for their opponents due to the close-knit relationship between the two countries.

“Soccer players and coaches have feelings, worries, fears and happiness like anyone else. We are just as vulnerable,” Petkovic wrote in an open letter published Saturday in the Schweiz am Wochenende newspaper. “And that’s why we need the support of you all ahead of this decisive game. Your solidarity. Your positivity. We will do everything so that we can all celebrate together on Sunday evening.”

Italy vs Wales: Marco Verratti is back in Italy training but with his understudy Manuel Locatelli scoring twice against Switzerland last time out, there will be little desire to rush him back. Alessandro Florenzi missed the win over Switzerland to recover from a knock, and is not expected to return for the Wales game.

Wales have a full squad to choose from, but may opt to stick with the same starting XI that faced Turkey after their performance in Baku.

Switzerland vs Turkey: Both teams have a full squad of players to pick from, with Switzerland unlikely to deviate from their normal 3-5-2 set-up. Turkey manager Petkovic may be tempted into changes after two below-par results and performances for a must-win clash in Baku.

Who needs what to qualify?

After two wins from their opening two games against Turkey and Switzerland, Italy are through and will finish top of the group if they avoid defeat against Wales on Sunday.

Wales, who can still top the group with a win over Italy, will be confirmed in the top two with a draw or if Switzerland fail to beat Turkey.

Switzerland, who will be eliminated from the tournament if they lose to Turkey, can also finish in the top two if they win and Wales lose. The two teams would be level on points and will then be separated on goal difference.

Finally, Turkey have no chance of finishing in the top two, but they must beat Switzerland to finish third in the group – and then hope they rank highly enough to make it through.

This will be the second meeting between Switzerland and Turkey at a major tournament. Their first encounter was in the group phase of Euro 2008 – the Swiss, as co-hosts, lost 2-1 to the Turks.

Turkey have won each of their last two encounters with Switzerland, with both victories seeing the Swiss open the scoring. The Turks have never won three in a row against the Helvetic nation.

The last five games between Switzerland and Turkey have produced 17 goals, an average of 3.4 per game.

Switzerland (D1 L1) are looking to avoid remaining winless in all three of their group stage games at a major tournament for the first time since Euro 2004.

None of Italy and Wales’ previous nine meetings have ever ended in a draw, with Italy winning seven to Wales’ two victories. This is their first meeting at a major tournament.

The last three matches between Italy and Wales played on Italian soil have produced 11 goals, all scored by Italy (W3).

Italy and Wales’ latest encounter was 18 years ago, in a European Championship qualifier back in September 2003. On that day, Filippo Inzaghi scored his one and only hat-trick with the Italian national team (4-0).

Italy are unbeaten in their last 29 matches in all competitions (W24 D5) since a 0-1 loss to Portugal in September 2018. If they avoid defeat against Wales, they will equal their all-time longest unbeaten run of 30 games between November 1935 and July 1939.

Wales have made it out of the group stages in their previous two appearances at a major tournament (1958 World Cup, Euro 2016). If they avoid defeat in this game, they’re guaranteed a spot in the knockout stages of this tournament.

Italy are looking to win all three of their group stage matches for the fourth time at a major tournament, previously doing so at the 1978 and 1990 World Cups, and at Euro 2000.

Reaching the knockout stage can have its downsides for players at the European Championship.

Sweden defender Victor Lindelof choked up and had to pass on a question at a news conference after being asked about missing his family back home.

It came after Lindelof’s wife shared pictures on her social media account of their young son recognizing his father on an advertisement outside a store.

An emotional Lindelof said “It’s not a good day to ask such a thing,” before leaning back, stretching his arms and then bowing his head for a few seconds.

Sweden’s players left their families to join up with the squad on June 2 and they have to stay in the tournament bubble. A 1-0 win over Slovakia on Friday means the Swedes are likely to qualify for the round of 16 and be at Euro 2020 at least until the end of the month.

What are the home nations up to?

Scotland’s players will be back at their training base ahead of Tuesday’s must-win match with Croatia at Hampden Park, fresh from some downtime from a spot of golf on the back of Friday’s goalless draw with England.

Scotland assistant coach Steven Reid told reporters: “You do need a day or two during an intense few weeks to switch off. They’ll play a few holes. Definitely not a full 18.”

England are back at St George’s Park after their own recovery day as they prepare for their own final group game against the Czech Republic, which they must win to top Group D.

Sky Sports News will have all the build-up to Tuesday’s games – with Gary Neville looking back on Friday’s stalemate at Wembley at 10am.

The Senior Open: Darren Clarke one ahead of Bernhard Langer, Jerry Kelly at