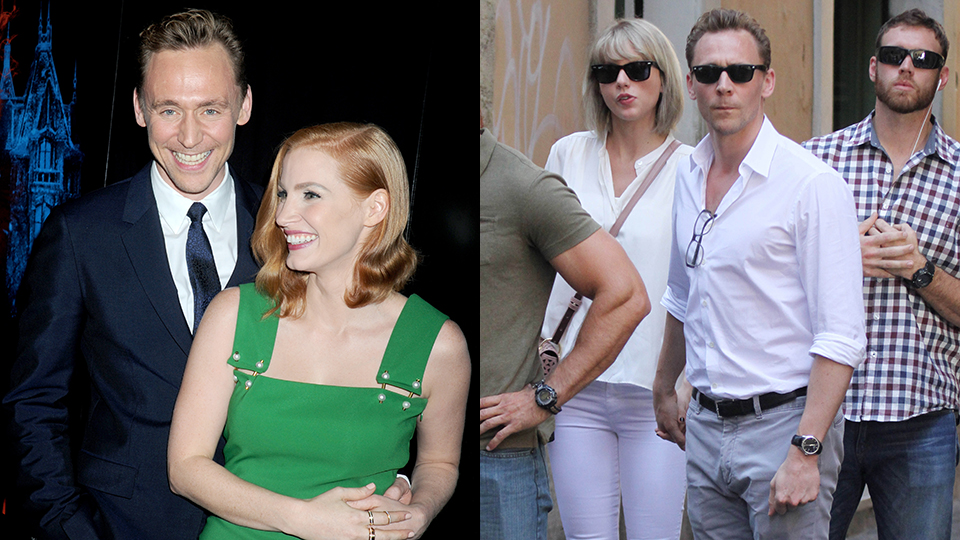 As the actor who plays one of the popular villains in the Marvel Cinematic Universe, it’s understandable why there’s so much interest in Tom Hiddleston‘s girlfriends and who he’s dated.

Hiddleston made his MCU debut as Loki, Thor’s adopted brother and the God of Mischief, in 2011’s Thor. Since then, he’s starred in five Marvel movies and skyrocketed to international fame. In 2017, he won the Golden Globe for Best Actor in a Miniseries or Television Film for his role in BBC’s The Night Manager. He was also nominated for an Emmy for the same role. In 2021, Hiddleston reprised his role as Loki in Disney Plus‘ miniseries, Loki, which saw the God of Mischief travel through time after he stole the Tesseract in Avengers: Endgame.

As one of Marvel’s most beloved stars, a lot of fans want to know about Hiddleston’s love life. “Make sure you tell the people you love that you love them. Loudly and often. You never know when it might be too late,” Hiddleston tweeted in 2012. In 2013, he told GQ UK about how he’s aware there’s interest in his love life. “I understand the curiosity. One day I hope when there’s really something to write home about, then I’ll be able to talk,” he said.

Ahead is what we know about Tom Hiddleston’s girlfriends and who he’s dated in the past. 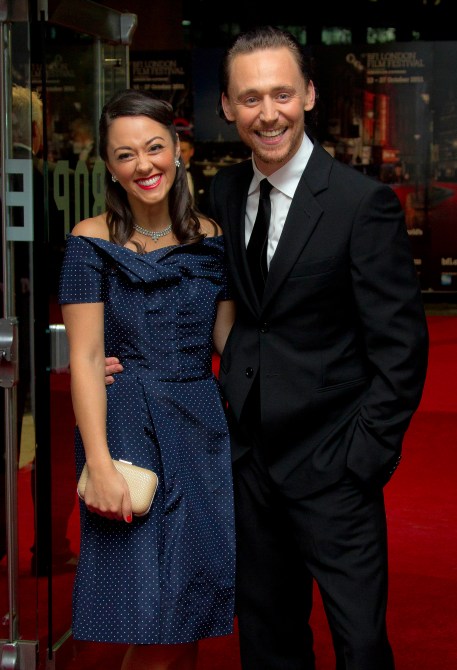 Actress Susannah Fielding was Hiddleston’s first public romance. The former couple met on the set of the BBC show Wallander in 2008 and dated for three years. In an interview with The Daily Mail in 2012, Hiddleston revealed that he and Fielding had split due to their busy careers. Hiddleston starred in his first Thor movie in 2011.

“The fact is we’ve split up. The relationship ran its course,” he said at the time. “People assumed it was about me getting well-known and leaving her behind. But she is a very talented actress and has lots of projects coming up. It’s just I am very driven right now and there isn’t really any time to have a proper girlfriend.”

He continued, “Acting just demands everything and if you don’t give it everything, there will be someone behind you who will.” 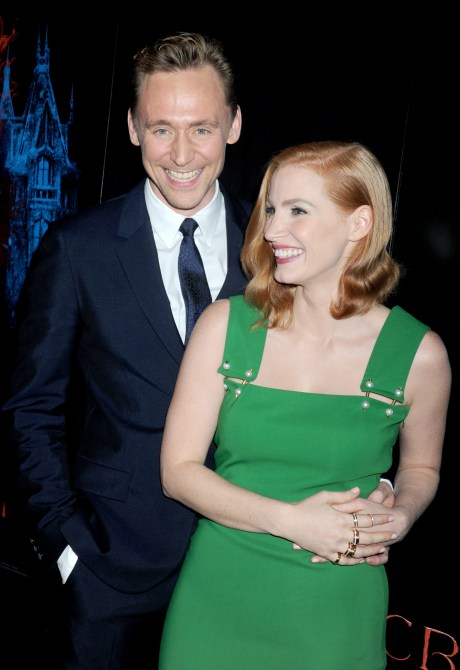 Jessica Chastain and Hiddleston, who starred together in 2015’s Crimson Peak, were rumored to be dating in 2013. Tom is taken with Jess and it’s serious,” a source told Metro at the time. “Before Christmas she visited Britain to stay with him and meet all his family for the first time.”

That same year, in an interview with InStyle UK, Chastain revealed that she has a “no actors” rule when it comes to dating.”I have dated an actor before, at Juilliard, but since then, I’ve only been on a couple of dates with one and I was so freaked out someone was going to take a picture of us, because they were famous,” she said.

In an interview with M magazine in 2015 to promote Crimson Peak, Chastain revealed the “most sexy thing” about Hiddleston.”What is the most sexy thing about Tom? It is hard for me to say, because I see him as a friend, but I think it is his voice. He has such a lovely accent, doesn’t he?” she said. 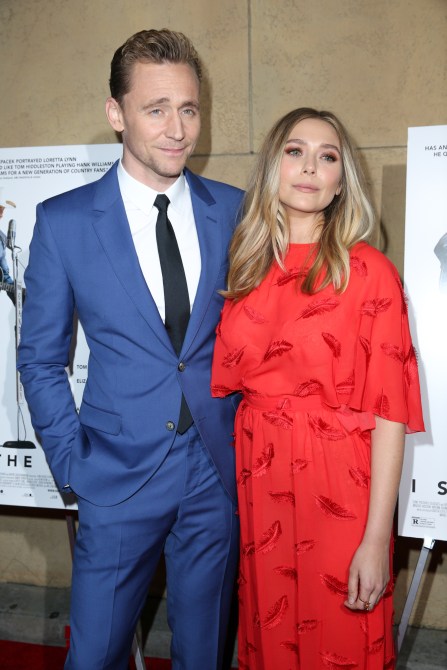 After starring together in 2015’s I Saw the Light, there were rumors that Hiddleston and Elizabeth Olsen (who plays Scarlet Witch in the Marvel Cinematic Universe) dated. The two were linked in the summer of 2015 after they were photographed several times on what looked like dates.

“They have been hooking up,” a source told Us Weekly in May 2015. “It’s casual. [They] text when they’re apart.” The rumors came months after Olsen split from fiance Boyd Holbrook in January 2015.“She wants to make a new life for herself,” the source said.. “She’s having fun.”

In July 2015, Us Weekly reported that Hiddleston and Olsen’s relationship had become more serious. “They’ve been talking constantly. It’s been good for the both of them. They really care for each other,” the source said. “Neither of them are looking to jump into a large commitment, but it’s getting more serious.” According to Star magazine, the two broke up at the end of 2015. “Elizabeth’s so focused on her career,” a source told the magazine at the time. “She wasn’t sure she could handle a serious relationship right now.”

In an interview with Refinery29 in September 2015, Olsen denied that she and Hiddleston were more than friends. “I mean, we definitely are friends and we’ve known each other for about four years. And we happened to be at a restaurant at a wrong time having dinner,” she said. “We all go out to dinner.” 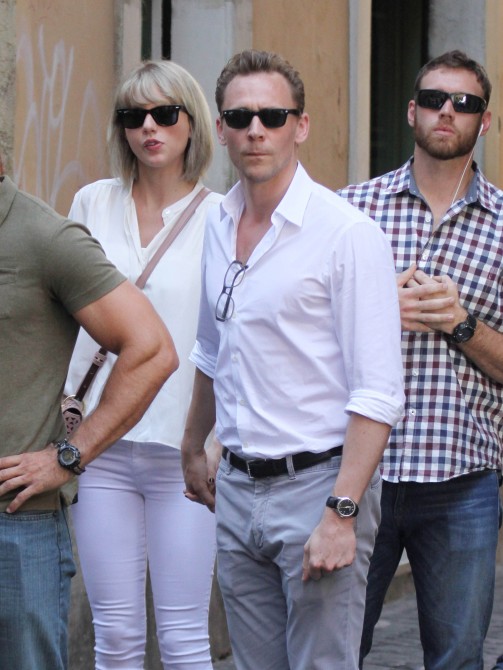 Taylor Swift is Hiddleston’s most high-profile romances. Rumors started in May 2016 when they were seen dancing at the Met Gala. A month later, in June 2016, Hiddleton and Swift were photographed kissing in Rhode Island soon after the singer’s split from Calvin Harris. On Fourth of July, 2016, Hiddleston was photographed wearing an “I Heart T.S. Tank Top.”

He confirmed the romance to The Hollywood Reporter in July 2016. “Look, the truth is that Taylor Swift and I are together and we’re very happy,” he said at the time. “Thanks for asking. That’s the truth. It’s not a publicity stunt.” The couple split in 2016. In an interview with GQ in February 2017, Hiddleston called his ex-girlfriend an “amazing woman.” “Taylor is an amazing woman. She’s generous and kind and lovely, and we had the best time… Of course it was real,” he said.

In her Getaway Car from her 2017 album, Reputation, Swift hinted at when she met Hiddleston while she was still dating Harris. “The ties were black / the lies were white / I wanted to leave him, I needed a reason. But with three of us, honey, it’s a side show and a circus ain’t a love story and now we’re both sorry,” she sings in the song. 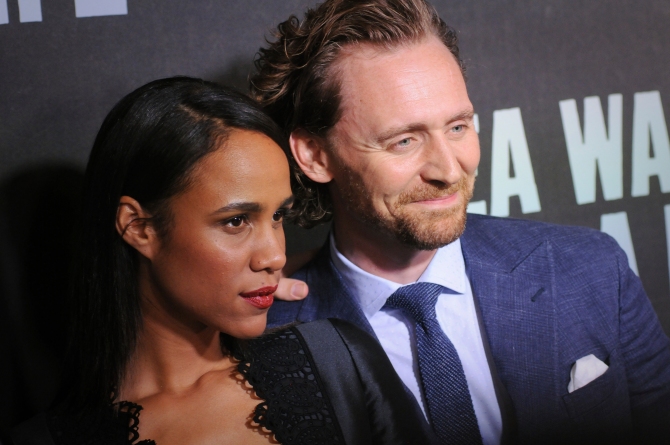 Hiddleston and actress Zawe Ashton met in 2019 while starring together in the West End production of Betrayal in London. The couple started dating in February 2019 but news didn’t break of their relationship until September 2019. Tom and Zawe have stayed quiet about their relationship but she has spent the last few weeks with him in the US,” a source told The Sun at the time. According to the newspaper, the two were living together in Atlanta, Georgia.

The insider noted that the two are “very well suited and enjoy the quieter side of life away from the glitz and glamour of the showbiz world.” The insider continued, “Their lives are typically very busy, so spending time together while not working has been ­something they have both embraced. Tom has made a home in Atlanta during lockdown and he is ­expecting to spend the rest of the year there.”

The source also claimed that Hiddleston had “fallen” hard for Ashton at the time. “Tom really has fallen for Zawe in a big way. They’ve actually been together for more than six months,” the insider said. Ashton is also a part of the Marvel Cinematic Universe. She will star as a villain in 2022’s The Marvels.