Sir Tom Jones, 78, returned to Celebrity Gogglebox alongside his co-star Anne-Marie, 30. The TV duo are firm favourites on The Voice UK but have since joined Channel 4’s star-studded line-up with famous faces including Lorraine Kelly, Denise Van Outen and Mo Gilligan.

During the show, Sir Tom and Anne-Marie settled down to watch the 1987 film favourite Dirty Dancing.

The Delilah hitmaker sat and watched the movie while his pal revealed she was a big fan of the romantic drama.

An impatient Anne-Marie commented: “I just want to see them jump.”

As the various celebrities eagerly awaited the standout moment from the movie of Dirty Dancing, Sir Tom was left taken aback by his co-star. 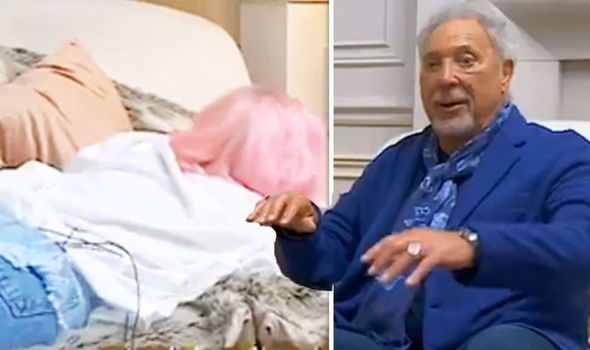 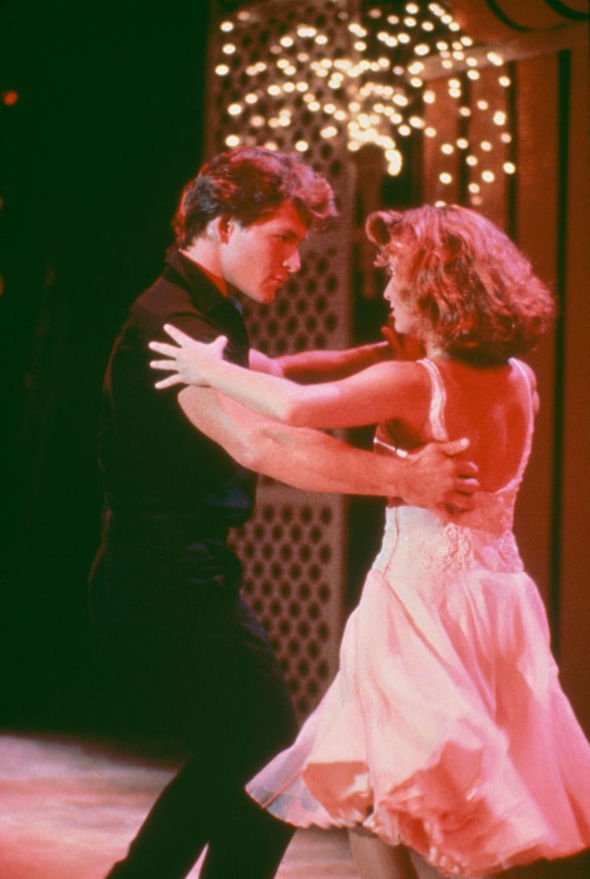 As the iconic character Baby Houseman (played by Jennifer Grey) jumped into the arms of Johnny Castle (played by Patrick Swayze), Anne-Marie attempted to replicate the move.

To Sir Tom’s dismay, his Gogglebox colleague threw herself across the room and landed on the sofa.

The legendary crooner chuckled, as he admitted he thought Anne-Marie was going to jump into his arms.

He confessed he was unprepared for the moment as a look of horror was etched across his face. 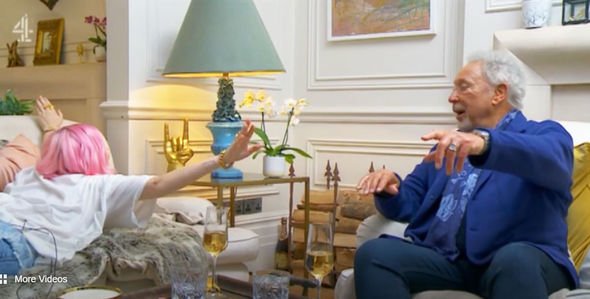 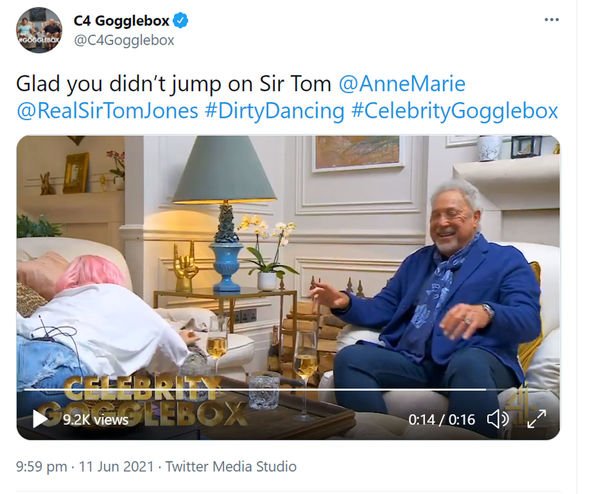 Following her Dirty Dancing portrayal, Tom commented: “I thought, ‘oh s**t’ when I saw you standing over there.

The singer appeared thankful that Anne-Marie had decided against using him as his dance partner.

Fans flocked to comment on the hilarious moment, as one wrote: “I bet his life flashed before his eyes thinking she was going to launch herself on him.”

Another quipped: “You two are so funny but I would have jumped on him.”

A third commented: “Highlight of the week!! Was p****ng myself laughing.”

During the Channel 4 show, the two singers also took the opportunity to showcase their talents.

It comes after the pair sang the iconic song from the Dirty Dancing movie – The Time of My Life.

Social media users suggested the pair should do their own cover version of the song.

One suggested: “Am I the only one who thinks these two need to do a cover of The Time Of My Life…”

Another agreed: “It would be perfect.”