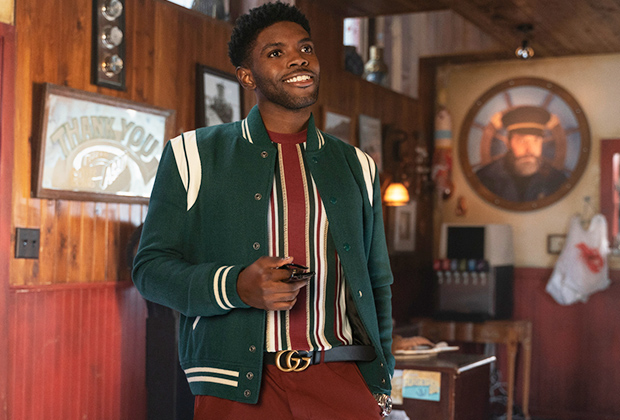 The CW’s Nancy Drew universe is officially expanding: The network has given a series order to spinoff Tom Swift.

The billionaire inventor character, as played by Tian Richards, was introduced in an episode of Nancy Drew that aired last May.

“The original Tom Swift was great for his time and what he represented,” Richards previously told TVLine. “At the time, that was the face of young boys, All-American kids full of possibilities. But in 2021, that can look so different. It can look like someone like me — a Black guy who is chocolate, who is queer, who is all those things that we’re told aren’t the normal or the status quo.”

Richards also maintained that there will be no shortage of material to explore in an ongoing series. “We’re going to dive into so many sectors of identity,” he said. “We’re going to talk about Blackness — and a different kind of Blackness than we’re used to seeing, which is the Black elite, the 1 percent, the billionaires.

“We’re also going to talk about a queer boy’s journey into becoming a queer man,” he continued. “Not only self-acceptance, but acceptance as a whole, having the community and people around you. We also don’t shy away from the STEM world. You’ll see all the amazing gadgets and science, so it’ll also be deeply informative. You want to see the action along with the representation, and we tackle both things head on.”

LeVar Burton, who lent his voice as Tom’s A.I. companion Barclay in last spring’s backdoor pilot, is expected to continue on with the series.

Previous articleNew Update for Fortnite 17.50 update 3.28 on the August 31st update
Next articleResistance to Panjshir: 7 Taliban killed and others wounded in an attack of the movement