First, look at what’s coming to Hulu this week 25th June 2022. As a reminder, you can read about what’s new on Hulu every week with our weekly roundups. The latest Top TV Shows on Hulu this Week are below.

Synopsis: Deep in the Mississippi Delta lies an oasis of glitter amid violent human trajectories where beauty can be hard to find. Each episode traces the kaleidoscopic story of a tiny strip club where colorful characters walk through its doors, whether life-broken, hopeful, or utterly lost.

Synopsis: The family you know and love is back with a brand-new series that gives an all-access pass into their lives. Kris, Kourtney, Kim, Khloé, Kendall, and Kylie bring the cameras back to reveal the truth behind the headlines. From the intense pressures of running billion-dollar businesses to the hilarious joys of playtime and school drop-offs, this series brings viewers into the fold with a rivetingly-honest story of life and love in the spotlight.

Synopsis: Sick, twisted and politically incorrect, the animated series features the adventures of the Griffin family. Endearingly ignorant Peter and his stay-at-home wife Lois reside in Quahog, R.I., and have three kids. Meg, the eldest child, is a social outcast, and teenage Chris is awkward and clueless when it comes to the opposite sex. The youngest, Stewie, is a genius baby bent on killing his mother and destroying the world. The talking dog, Brian, keeps Stewie in check while sipping martinis and sorting through his own life issues

Synopsis: Elizabeth Tudor, an orphaned teenager who becomes embroiled in the political and sexual politics of the English court on her journey to secure the crown.

Synopsis: A half-hour satirical look at the week in news, politics and current events.

Synopsis: Naruto Uzumaki wants to be the best ninja in the land. He’s done well so far, but with the looming danger posed by the mysterious Akatsuki organization, Naruto knows he must train harder than ever and leaves his village for intense exercises that will push him to his limits.

Synopsis: Tells the intricate love story of Clare and Henry, and a marriage with a problem… time travel.

Synopsis: A revelatory reframing of American leadership through the lens of the First Ladies. Starring Viola Davis as Michelle Obama, Michelle Pfeiffer as Betty Ford,and Gillian Anderson as Eleanor Roosevelt, this series delves deep into the Ladies’ personal and political lives, exploring everything from their journeys to Washington, family life, and world-changing political contributions, the impact of the White House’s women is no longer hidden from view.

The Man Who Fell to Earth

Synopsis: An extraterrestrial alien arrives on Earth at a turning point in human evolution and must confront his own past to determine our future.

Synopsis: Bob’s Burgers centers on the Belcher family (Bob, Linda, Tina, Gene, and Louise) who own a hamburger restaurant. Bob’s burgers are really delicious and appear to be better than his rivals’ but his kids aren’t really helpful at selling them, as more customers head over to Jimmy Pesto’s restaurant. 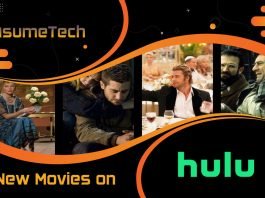 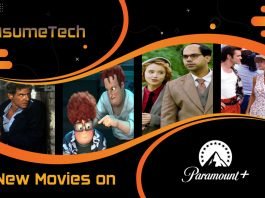 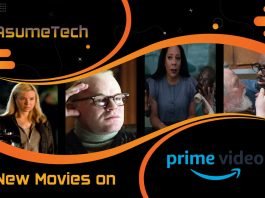