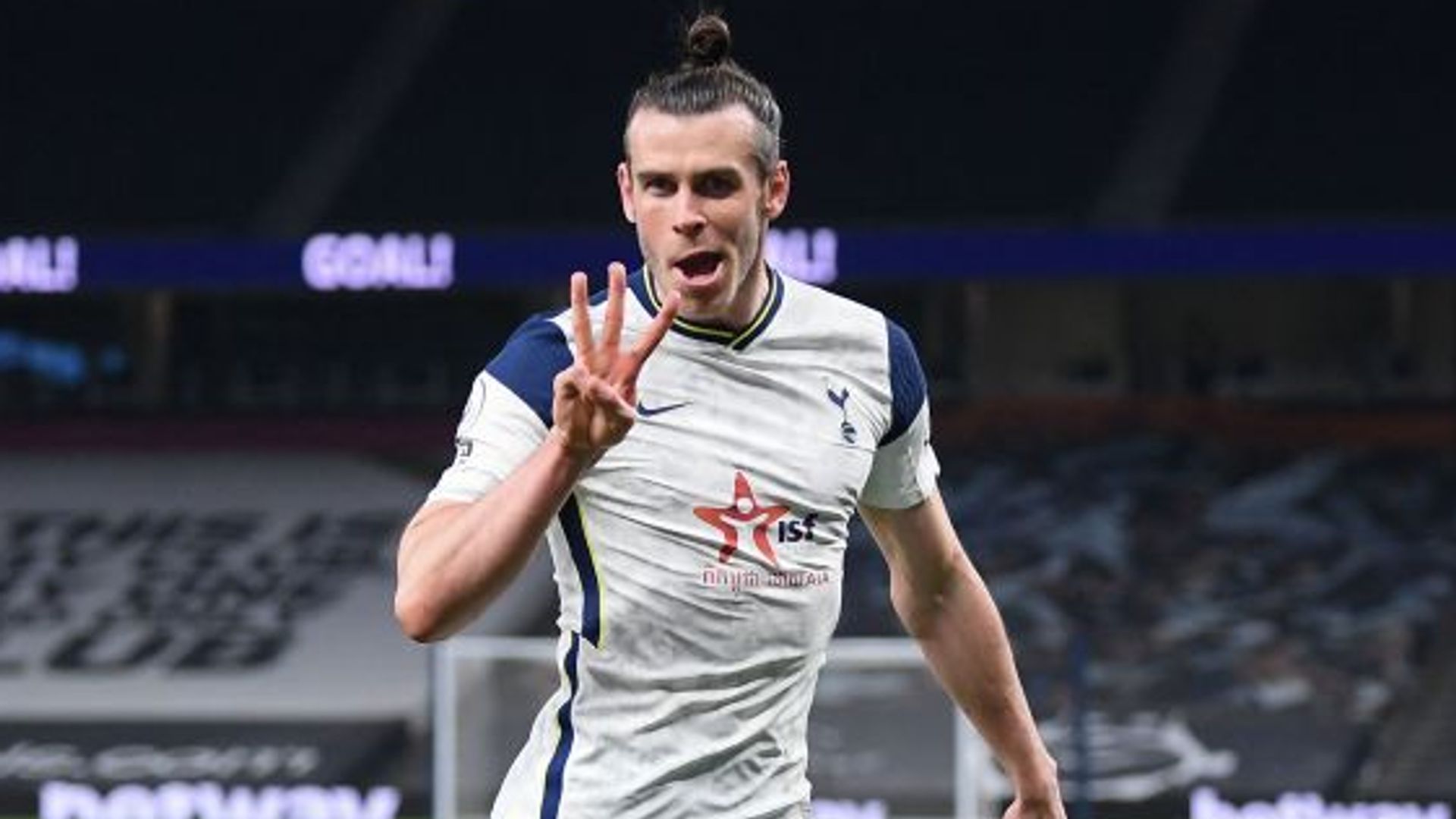 Gareth Bale scored a brilliant hat-trick as Tottenham shook off their Carabao Cup final misery and kept alive their Champions League hopes with a 4-0 win over relegated Sheffield United.

Bale’s 36th-minute opener, a fine instinctive flick from close range, was scant reward for Spurs’ first-half dominance, but though Heung-Min Son saw an effort after the break (52) ruled out for offside, the Welshman struck twice more legitimately and emphatically soon after.

Bale brought up his 50th Premier League goal shortly after the hour mark after being set up by Son on a Spurs breakaway and hit a fierce third without breaking stride (69) before departing to hearty applause, albeit only from the home bench.

The Blades, for whom John Fleck escaped punishment after a VAR review after catching Giovani Lo Celso on the head, had twice built momentum before conceding but Bale’s third goal ended their fleeting resistance and Son completed the rout with a brilliant curled finish 13 minutes from time.

Tottenham move up to fifth – for now at least, having played a game more than West Ham, Liverpool and Everton behind them – but remain five points off Chelsea with just four games left to play.

Seeking a mood-boosting win after unrest over their part in the European Super League, renewed speculation over Harry Kane’s future, and a Carabao Cup mauling that delivered a paltry 0.06 in expected goals, Spurs were dominant from the off, albeit against far inferior opposition.

A moment of early hesitancy between Aaron Ramsdale and George Baldock almost cost the Blades with Sergio Reguilon lurking, but Spurs were building patiently as Dele Alli – making only his third Premier League start of the season – drifted between central areas and the left flank.

Kane’s round-the-corner ball fizzed into Bale should have brought reward, the Welshman firing well over, and after Son drew a strong right hand from Ramsdale, Chris Basham had to sidefoot off his line to deny Kane.

Kane had further ballooned over and lashed a free-kick chance into Sheffield United shins but despite weathering the storm, the visitors were unable to make any rare forays forward count. David McGoldrick’s pull-back from a dangerous area was straight at Hugo Lloris and Rhian Brewster – still to score for the Blades – shanked high and wide.

They were punished soon after when Bale stretched to elegantly lift a ball chipped into his path by Aurier, the breakthrough belated but inevitable.

Fleck was reprieved after the interval after leaving Lo Celso with a cut that left him with ice strapped to his head, the moment deemed accidental, but momentum the Blades seemed to have wrestled back through the substitutions of Oli Burke and Sander Berge was short-lived.

Though Son had been narrowly ruled offside from Toby Alderweireld’s long ball forward (52), he was soon riding a Ben Osborn challenge from a spurned Blades corner before setting up Bale, who gave Ramsdale no chance with a powerful finish.

That snuffed out any lingering Sheffield United threat and Son got the goal his busy performance deserved when Steven Bergwijn – on for Bale – robbed Oliver Norwood and teed him up to find the far top corner.

Kane, lively but wasteful, was denied by Ramsdale at the death but the damage was long done, Spurs earning a timely boost and the Blades well beaten as the last whistle of a torturous season moves thankfully closer.

Man of the match – Gareth Bale

Eight goals in his last eight games: how Tottenham fans will be thinking what might have been.

Underused by Jose Mourinho, Ryan Mason had a hunch this might be the Welshman’s night after what he revealed has been a bright week in training and how it proved. Six shots, five on target, three goals but Bale bristled with intent all night, relishing the freedom to roam with Kane, Son and Alli.

“Gareth Bale has been the jewel in Tottenham’s attacking crown,” said Sky Sports’ co-commentator Andy Hinchcliffe. “He’s given a movement and finishing masterclass.”

Tottenham travel to Leeds on Saturday May 8 for a 12.30pm kick-off, while Sheffield United host Crystal Palace on the same day (3pm kick-off). That match is live on Sky Sports Premier League.