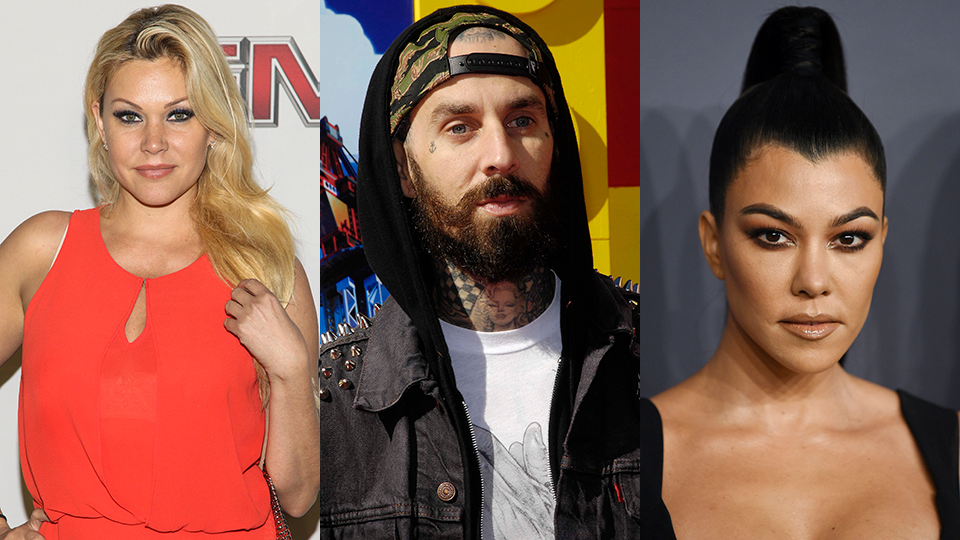 Not for her. Fans think Shanna Moakler shaded Travis Barker and Kourtney Kardashian‘s kissing photo after she criticized couples whose relationships are “based” on Instagram and social media posts.

Shanna, who divorced Travis in 2008 after four years of marriage, took to her Instagram recently to post a black-and-white photo of her boyfriend, Matthew Rondeau, kissing her hand. “He makes me happy. ❤️🙃⚓️ @matthew_rondeau,” she wrote in the caption.

It didn’t take long for fans to speculate that something was wrong in Shanna’s relationship because her boyfriend doesn’t post photos of her. “Girl don’t post him when he isn’t posting you. It’s embarrassing,” the user wrote. In her response, Shanna shaded couples who post too many photos of themselves on social media (a.k.a. Kourtney and Travis.) “unlike some people my relationship status isn’t based on social media posting… I’m happy on life not on IG,” she wrote.

Though Shanna didn’t name Kourtney or Travis, fans believe that Shanna was shading a recent photo on Kourtney’s Instagram of her and Travis making out while her legs were wrapped around him. The picture saw the Keeping Up With the Kardashians star in a bikini as she and Travis had a hot moment in the desert. “Just Like Heaven,” she captioned the picture, to which Travis commented, “EVERYTHING.”

However, Shanna isn’t the only ex who seemed to have a problem with the picture. Kourtney’s ex-boyfriend, Younes Bendjima, was also accused of shading his ex when he posted a cryptic quote about “shamelessness” on his Instagram Story. “Shamelessness has become so normal in today’s society that modesty has become strange,” the post read. He followed the Instagram Story with a second post, which read: “Do yourself a favour. Surround yourself with those who speak of visions, ideas, goals, growth. Not those who sit and gossip about others. And if you do find yourself in that situation, excuse yourself and walk away. The game ends when you choose to leave such a gathering.”

After his Instagram Stories, Younes denied that he was shading Kourtney and that he wanted to be kept “far away” from her drama. “I always post quotes since years, all types of quotes,” he wrote.  “Stop attaching myself to people that are not part of my life anymore, it’s been two years let’s move on.” He continued, “No need for bad vibes.”

Keeping Up With the Kardashians airs Thursdays at 8 p.m. on E!. Here’s how to watch it for free.

The expert expects that Egypt will completely float the pound within a few days, and calls for the termination of the agreement with the...