By John Mahon
May 5, 2021
8
EntertainmentHollywood 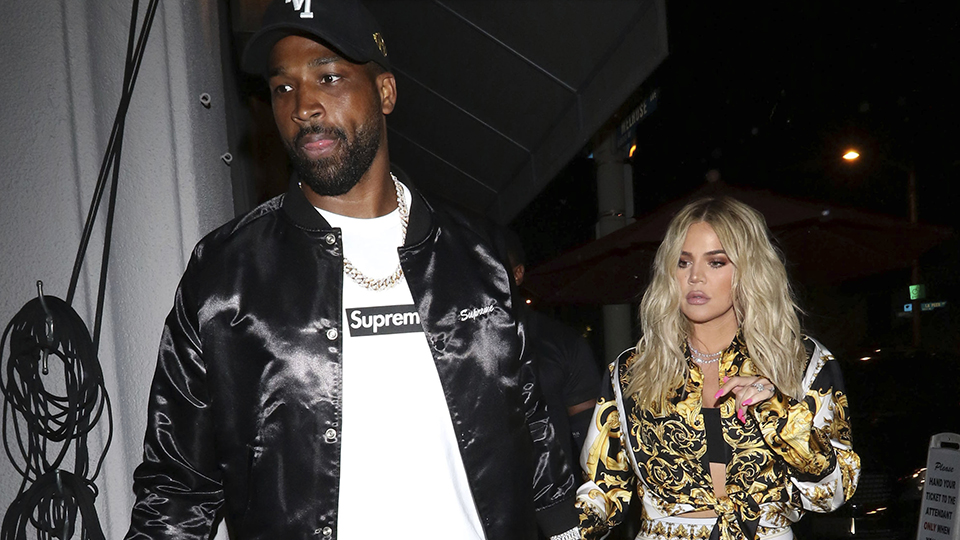 His side of the story. Tristan Thompson responded to rumors he cheated on Khloé Kardashian with Sydney Chase by calling the claims “malicious defamatory fabrications.”

TMZ reported on Tuesday, May 4, that Tristan hired celebrity attorney Marty Singer to send a cease and desist letter to Sydney to stop her from accusing him of infidelity. In a letter obtained by TMZ, Tristan’s lawyer called Sydney’s claims “malicious defamatory fabrications.” The letter also states that Tristan claims he’s never had a relationship with Sydney nor sent her any texts. “Mr. Thompson had no relationship with you whatsoever and he never sent you any such texts,” the letter reads.

Tristan’s lawyer also accused Sydney of making up quotes about his client and having no evidence to back her claims. “It is obvious that you are a liar,” the letter reads. The letter concludes that if Sydney doesn’t stop “defaming” Tristan in the media or on her social media that she may find herself on the receiving end of a lawsuit. “You do so at your peril since you may find yourself in court attempting to defend your indefensible misconduct.” the letter reads.

The alleged texts and quotes that Tristan’s lawyer is referring to is when Sydney claimed in an Instagram Live in April 2021 that Tristan told her that Khloé wasn’t “his type.” “Tristan literally said, ‘Yes baby I like that. I want to see what they look like. I’m curious. You got me excited to come back,’” Sydney said at the time, forgetting that she was on an Instagram Live with her friend. “Oh yeah, this is on Live. I’m about to fuck myself in the ass. Oh well, it’s fine.”

She continued, “Apparently Khloé is not his type but I’m his type. He wanted the status and be able to keep that status but I looked just like his ex and am his type [like] his baby mama…But he just called me and told me, ‘You’re what I like’ and I’m like, ‘You’re with someone.’ There’s no way she doesn’t know.”

Rumors of Tristan’s infidelity started when Sydney claimed in an episode of the “No Jumper” podcast on April 22 that she and Tristan had a romantic relationship while he was still with Khloé. “It was a peek-a-boo dick but baby it was good,” Sydney said when one of her friends asked her about sex with Tristan.

Sydney then claimed that Tristan told her that he was single and no longer with Khloé. “I did not know he was in a relationship. He told me he was not in a relationship anymore,” she said. She also alleged that the two “talked and hung out” on several occasions. Adam John Grandmaison, the host of the “No Jumper,” confirmed to Page Six on Tuesday that he received a cease and desist letter from Tristan’s lawyer and that the podcast episode with Sydney has been re-uploaded with the part where Sydney accused Tristan of infidelity edited out.

“Yeah, we got a cease-and-desist and deleted it,” Grandmaison said. “Honestly, I wouldn’t have posted it in the first place if I knew it was going to mess up a relationship…I try to avoid the ‘exposing’-style interviews these days.” Sydney, for her part, claims she hasn’t received a cease and desist letter from Tristan’s legal team, according to TMZ. “Let this be a lesson to not let anyone no matter the money or fame they have, to shut you down or tarnish your name,” Syney said.

However, a source close to Tristan showed the site an email that was sent on Friday, April 30, to Sydney’s email, as well as her social media accounts. An inside for Page Six accused Sydney using the accusations to “cash in on 15 minutes of fame.” The newspaper also reports that Sydney used the scandal to pitch a reality TV show with Blac Chyna to Zeus Network and grow her social media following for brand deals. In a recent Instagram Story, Sydney shared a screenshot of her engagement numbers as a way to attract sponsors. “On a side note DM for promo $,” she captioned the screenshot.

In a TikTok video on April 26, Sydney doubled down on the claims that Tristan cheated on Khloé with her. “Yes the Tristan rumors are true,” she wrote on her TikTok. In the video, Sydney said that Tristan last contacted her on April 13, the day after his and Khloé’s daughter True’s 3rd birthday. She also told viewers that Tristan messaged her after her claims on the “No Jumper” podcast. “The last time we had contact—besides when he messaged me after finding out about the interview, it was the day after his daughter’s birthday party,” she said.