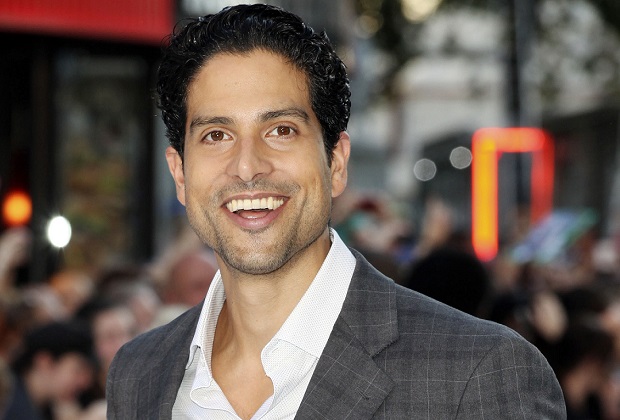 Criminal Minds and CSI: Miami vet Adam Rodriguez is not some Ordinary Joe — but he will recur on the upcoming NBC fall drama (premiering Monday, Sept. 20).

Starring James Wolk in the titular role, the Sliding Doors-esque series is “all about the choices you make — and sometimes what you do in a single moment can change everything,” reads the official synopsis. Wolk’s character Joe Kimbreau “faces one of these decisions at his college graduation. The three parallel stories that diverge from that night find Joe and the people around him with different careers, relationships and family lives, showing the unexpected ways that things change — and stay the same.”

Per our sister site Deadline, Rodriguez will play Bobby Diaz, a young Congressman on the rise whose impressive life path suddenly all changes in an instant.

* FBI: International has added Christiane Paul (Counterpart) and Carter Redwood (The Long Road Home) to its cast, Deadline reports. Paul will play a Europol agent, while Redwood portrays a member of the FBI Fly Team in Budapest.

* Dollface has tapped Luke Cook (Chilling Adventures of Sabrina, Katy Keene) to recur during Season 2, per Deadline. No character details are currently available.

* Paramount+ has released a trailer for The Harper House, an adult animated comedy premiering Thursday, Sept. 16:

* The CW has released a trailer for Coroner Season 3, premiering Stateside on Thursday, Aug. 19:

Previous articlePS5 UK stock news: John Lewis PlayStation 5 console restock is next
Next articleHungama 2 Movie Review: Those Who Say Getting Kicked In The Balls Hurts The Most Haven’t Seen This Priyadarshan’s Film!