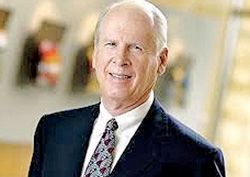 Meanwhile, Brockman is seeking access to national security information that he claims helped fellow billionaire Robert Smith avoid prosecution in exchange for his cooperation against Brockman.

Brockman asked a federal judge on Tuesday for a non-public hearing under the Classified Information Procedures Act to discuss the “probable existence” of material about Smith that could aid Brockman at trial. Brockman initially invested at least $1 billion in Vista Equity Partners, where Smith is CEO.

Brockman has pleaded not guilty to charges that he hid $2 billion in Vista proceeds from the Internal Revenue Service. Smith avoided prosecution after admitting he hid more than $200 million in Vista income, agreeing to pay $139 million in back taxes and penalties and cooperating in investigations of Brockman and others. Both men used similar networks of offshore entities, nominees and secret foreign bank accounts to hide income.

Bloomberg News reported on Feb. 3 that Smith’s cooperation and his involvement in an unspecified national security matter contributed to the decision by then-Attorney General William Barr to forego an indictment and allow him to enter a non-prosecution agreement.

Citing the article, Brockman’s filing noted the matter was deemed sufficiently important that it involved the former head of the Justice Department’s tax division, Richard Zuckerman, and the current head of the national security division, John Demers.

“According to the Bloomberg Article, ‘[l]ate in the game, facing an imminent indictment, Smith agreed to cooperate against Brockman’ and thereby secured his ‘stay-out-of-jail card,’” Brockman’s lawyers said in the filing.

“It appears the intelligence community had a motive to protect Smith and his involvement in a national security matter,” the filing said. “The means to offer this protection was to shift culpability from Smith to Mr. Brockman, which former Attorney General Barr facilitated.”

Brockman’s attorneys wrote to prosecutors on Feb. 9 about the potential existence of classified material relevant to his case, according to the filing. They asked prosecutors to collect and preserve “all communications and notes of communications between Smith’s lawyers and DOJ” as well as “Smith’s contacts in the intelligence community regarding Mr. Brockman, Vista Equity Partners, and any other subject matter related to the DOJ’s tax investigation.”

In a response on Feb. 10, a prosecutor said his team was working with the Justice Department’s National Security Division “to take the appropriate action.” He also said, without explanation, that some of the information in the article “is not accurate.’”

A spokesman for the DOJ didn’t immediately respond to a request for comment. Spokesmen for Smith, Vista and Brockman declined to comment.

Prosecutors aren’t objecting to Brockman’s request for a court hearing on the classified information, according to the filing. Brockman’s lawyers seek exculpatory material that may help Brockman’s defense, including information to use in a cross-examination of Smith, if he testifies at trial should it take place.

Lindsay VanHulle of Automotive News and Bloomberg contributed to this report.