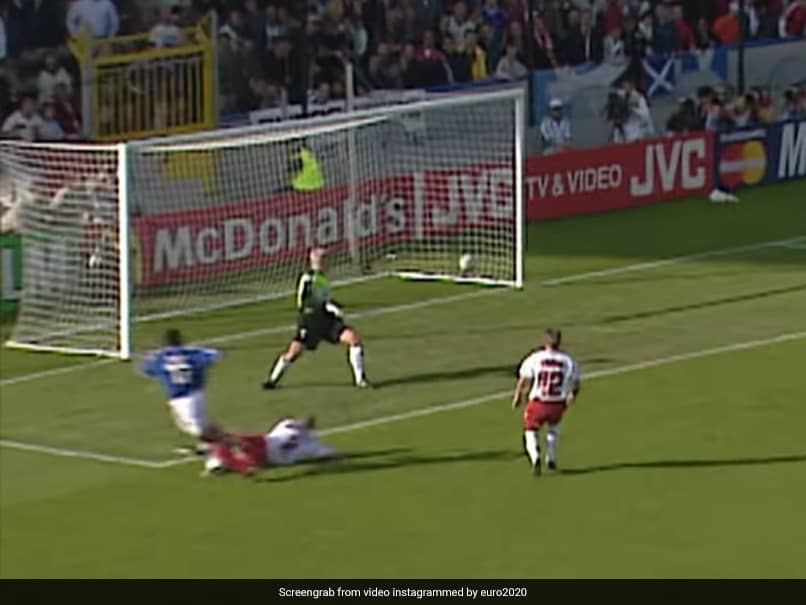 With UEFA Euro 2020 all set to begin, football fans will be aiming to keep themselves entertained till July 12, in a year which has been overshadowed by the ongoing coronavirus pandemic. The tournament opener is between Turkey and Italy, and is set to kick-off on July 12, 12:30 AM IST. Ahead of kick-off, the Euro 2020 official Instagram handle posted a montage video of sensational goals from the tournament, and asked fans to choose their favourite one. Here are the goals:

The video also consists of a Thierry Henry highlight, where the Arsenal legend can be seen scoring past Peter Schmeichel. The goal took place during France’s opening Group D fixture against Denmark in Euro 2000. They went on to win the match 3-0, and also won the trophy that year.

It is worth noting that Euro 2020 was scheduled to be held last year, but got postponed due to the coronavirus pandemic.

Italy, who missed out on the 2018 FIFA World Cup, will be playing in the opener and are in Group A, along with Turkey. The other teams in Group A are Switzerland and Wales.

In Group B, Belgium will be hoping to claim top spot, and are up against Denmark, Finland and Russia.

With a point to prove in the upcoming tournament, the Netherlands find themselves in Group C, with Austria, North Macedonia and Ukraine.

The 2018 World Cup runners-up Croatia are slotted in Group D, and will compete against the Czech Republic, England and Scotland.

Spain are in Group E, along with Poland, Slovakia and Sweden.

France find themselves in Group F, which is also considered to be the group of death. The other teams in the group are Germany, Hungary and defending champions Portugal.

Euro 2020 Denmark star Christian Eriksen collapsed on the pitch in Saturday’s Euro 2020 game against Finland in Copenhagen, causing the suspension of the...

Kieffer Moore scored the equaliser for Wales as they secured a 1-1 draw against Switzerland in a Group A Euro 2020 clash on Saturday.

UEFA EURO 2020: Despite a 0-3 defeat, Turkey displayed a moment of brilliance, with Hakan Calhanoglu and Kenan Karaman running rings around Italy’s Manuel...