Unai Emery won his big reunion with Arsenal but 2-1 might prove a small reward for Villarreal, who failed to take advantage of Dani Ceballos being sent off in a frantic Europa League semi-final first leg on Thursday. 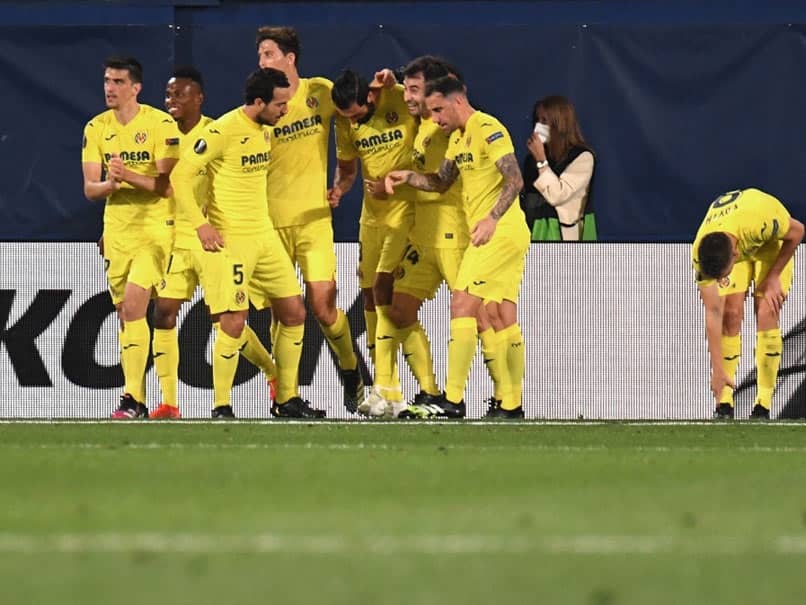 Unai Emery won his big reunion with Arsenal but 2-1 might prove a small reward for Villarreal, who failed to take advantage of Dani Ceballos being sent off in a frantic Europa League semi-final first leg on Thursday. Manu Trigueros and Raul Albiol gave Villarreal a dream start at La Ceramica and the tie looked to be slipping away from Arsenal when Ceballos was shown a second yellow card early in the second half. But 10-man Arsenal rallied and grabbed an away goal when Nicolas Pepe converted a penalty in the 73rd minute, before Villarreal’s Etienne Capoue also saw red with 10 minutes left to play.

Pierre-Emerick Aubameyang might even have snatched a late equaliser for the visitors but Mikel Arteta will be delighted his team are not just in the contest but in a healthy position too, with an away goal to take back to London next week.

“It changes completely the tie. It makes a huge difference,” said Arteta. “We know we are there, we have to be better and if we are we will have the chance to be in the final.”

For Villarreal, a chance was missed but the lead is still welcome and Emery will take comfort from the fact that they were the better side for the best part of an hour, even before Ceballos was dismissed.

“Things went for us and against us but we have to keep believing,” said Emery.

“It was a difficult challenge before the match and it’s still difficult. But with everything on the table, we have won, we have the advantage.”

Emery said on Wednesday he would always have a “place in his heart” for Arsenal, despite a turbulent 18 months in charge of the club before he was sacked in 2019.

He might also look on with little envy at his successor Arteta, who is under pressure now to win the Europa League and qualify for the Champions League, with Arsenal sitting 10th in the Premier League table and nowhere near the top four.

Villarreal took the lead in the fifth minute with a free-flowing move out from the back that Arteta would be proud of.

It started with the goalkeeper Geronimo Rulli and finished with Samuel Chukwueze driving into the box, the ball spilling out to Trigueros, who drove into the far corner.

There were not even 30 minutes gone when Villarreal made it two, this time from a simpler source as Dani Parejo’s corner was flicked on by Gerard Moreno and Albiol stuck out a foot at the back post.

Emery brought on Francis Coquelin to add some protection but the dynamic of the game changed just before the hour, when Ceballos arrived late on Parejo’s ankle to earn a second yellow card.

Moreno should have made it three but Bernd Leno pushed his shot over and then Arsenal were given a lifeline, Bukayo Saka nipping between Capoue and Trigueros before tumbling over. Pepe drilled the penalty down the middle and in.

Villarreal’s lead had been cut and then their numerical advantage vanished too as Capoue flew in late on Saka to see red, while injuring himself in the process.

Arsenal sensed an equaliser and Aubameyang, on as a substitute, might even have found it when he was slipped in on the right of the area but Rulli made the save.

After Qatar, Saudi Arabia and the UAE, Egypt is looking to attract investment from another Gulf country!