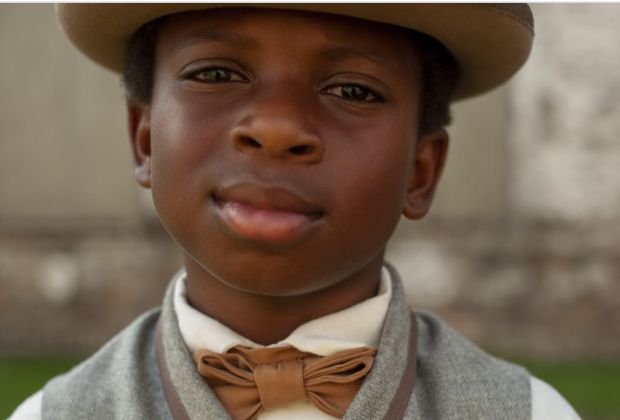 One of the most haunting characters in Amazon Prime’s limited series The Underground Railroad also happened to be one of its youngest — Homer.

Formerly enslaved himself, the bright and inquisitive little boy uses his gifts of observation to help his employer Ridgeway (played by Joel Edgerton), who purchased and freed him, recapture Black enslaved people who somehow escaped. This includes the mystical offering’s heroine Cora (South African newcomer Thuso Mbedu), who Ridgeway doggedly pursues because he never captured her mother, who also liberated herself.

Oscar-winning writer and director Barry Jenkins adapted the series from Colson Whitehead’s Pulitzer Prize-winning novel of the same name and has said of all of the portrayals in his drama, Homer, masterfully played by 11-year-old actor Chase Dillon, scared him the most because the child worked against his own best interests and that of his people. Homer even chains himself up at night.

Akin to a modern-day child soldier, Homer is either brainwashed, self-hating or a combination of the two. However, his ability to frighten, anger and sadden is only made possible by Dillon’s impressive and nuanced turn. 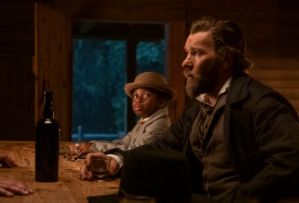 “He is a complicated little boy, and I don’t really have to like him to play him,” Dillon, a projected Emmy contender, thoughtfully tells TVLine. “But I do understand him. Homer is a very observant and intelligent and a very strong and powerful character, just like Ridgeway. He does the stuff that he needs to do to get the job done, whatever that is. He saves his boss, and that’s the main objective: to save his boss and tell his boss things.”

Jenkins was so concerned with Dillon taking on this role and endangering his still developing psyche that he sent all the scripts to the up-and-coming thespian and his parents. Dillon read them all, and with the help of his mom, read most of Whitehead’s book and says he couldn’t wait to play Homer.

“When I first got the script, that’s when I knew who Homer was. It was really powerful like, ‘Oh, shoot!’ Then I saw the preaching part, I was like, ‘Mama! Mama! I got this,’” Dillon mirthfully recalls. “My mouth was hanging open. This is some powerful stuff. I hadn’t learned about someone like Homer in school.” 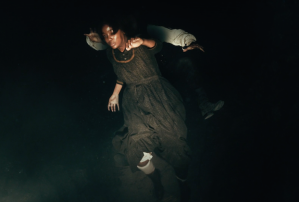 In one of The Underground Railroad‘s most impactful scenes, Homer cries when Ridgeway meets his inevitable fate, and Dillon says those tears came from a genuine place. “At the time that I filmed the scene when Homer cries over Ridgeway, one of my family members had passed away,” Dillon shares. “I literally thought about my family member because she was an amazing person and tears started running down my cheeks.”

“It’s sad, but some people can cry just like that,” he continues, sounding like a shrunken Courtney B. Vance. “You just have to think about sad stuff. It’s hard to think about sad stuff that you have to go through. And the funny thing is, when I started crying, Barry was about to stop the take and then he saw me crying and he could see that I was in the zone. He saw me in the zone, crying real tears, and kept the camera rolling. I didn’t know that he was going to do that. I was in the moment, but that’s what made it so natural.”

Dillon also credits his parents, as well as Jenkins, Edgerton and Mbedu, with keeping him grounded in reality when Homer’s self-loathing became too much for him.

“As soon as Barry said, ‘Action,’ I was Homer, and then, ‘Cut,’ and I was Chase,” he concludes. “Joel is like a big brother to me and Thuso is like a big sister, and I love them both from the bottom of my heart. I spent the most time with Joel and Thuso. And on set, Thuso and I were hugging and laughing and making beats and Barry would say, ‘Hey! Y’all better separate! You’re supposed to hate each other.’”

Impeachment: American Crime Story: Monica Lewinsky Has a Gift for the President in First Footage of FX Drama

Raashii Khanna Joins Dhanush’s Next; Says, “He Has Contributed In Such A Huge Way To The Cinema”