US Open: Lee Westwood looking to return to form and challenge for major victory 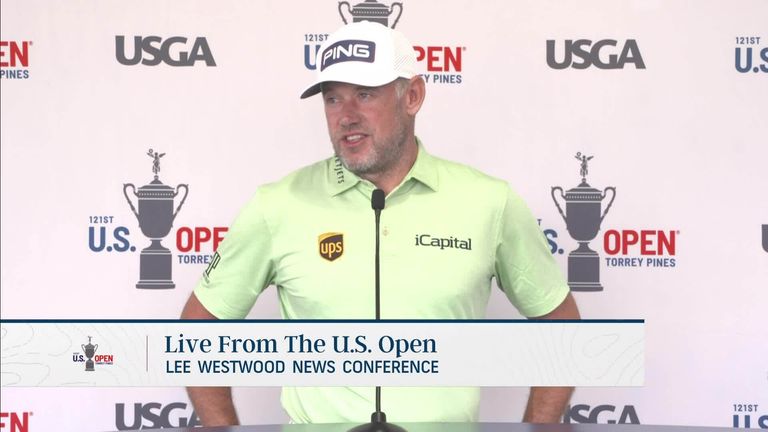 Lee Westwood reflects on his early-season form and assesses his recent run of results heading into the US Open at Torrey Pines.

Lee Westwood is looking to put his dip in form behind him and contend for an elusive maiden major title at the US Open.

The former world No 1 posted back-to-back runner-up finishes on the PGA Tour in March at the Arnold Palmer Invitational and The Players, although arrives in Torrey Pines having posted just one top-20 in eight starts since.

Westwood married Helen Storey in Las Vegas before making the trip to San Diego for the third men’s major of the year, with the Englishman unconcerned about his recent results ahead of playing a venue at which he finished third in the 2008 contest.

“I feel like over the years I’ve changed,” Westwood admitted. “I think I was a lot more consistent when I was younger. I think it’s just a case of getting older and not being able to peak as often.

“I know when my game’s there, it’s still world class, and I’m still going to have a chance in the big tournaments against the best fields. It just doesn’t happen as regularly.

“I’m a little bit sort of blasé about it and turn up to tournaments and do as much good progression as I can. If my game’s there, it’s there, and I might have a chance. If it’s not, it’s just one of those weeks where I just try and enjoy every week I’m playing.”

Phil Mickelson became the oldest major winner in history when he won the PGA Championship title at Kiawah Island last month, giving Westwood – who turned 48 in April – further evidence that the older players can still compete against the world’s best.

“How Phil [Mickelson] plays really bears no relevance to how I’m going to play, but there’s been great performances by the older guys previous to that,” Westwood said. “Stewart Cink, who I’m playing with this week, has won twice already this season.

“Padraig Harrington played really well that week (in the US PGA), and he’s nearing 50. Obviously it was a great result for Phil and it just proves that golf is a game where, if you keep yourself in shape (you can compete).

“I think Phil’s and mine and Padraig’s age group, we were kind of just the start of looking after ourselves a little bit more than maybe our predecessors, and now we’re seeing the benefits of that as we do get into our late 40s and 50s. What we did back then is paying benefits now.”