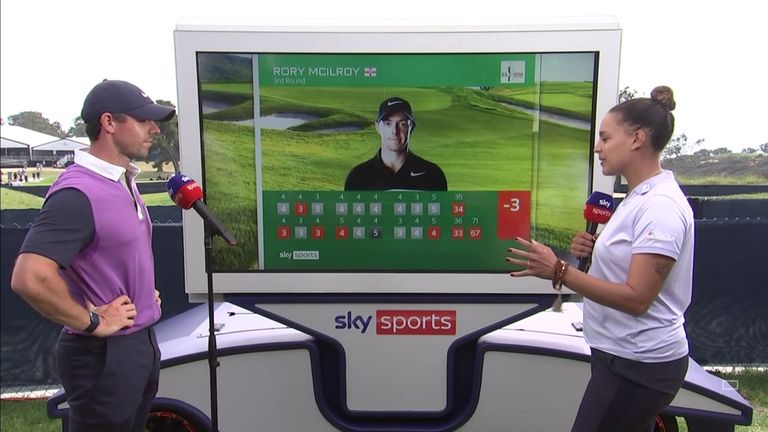 Rory McIlroy was pleased to still be in the running to register a fifth major title, a decade on from his last US Open win, after posting a third-round 67 at Torrey Pines

Rory McIlroy celebrated one of his best rounds of the year as a superb 67 gave him a huge chance to end his major drought in the third round at the US Open.

McIlroy needed a positive response to his “roller coaster” 73 on day two in which he carded seven bogeys and slipped six shots off the pace, and he duly delivered with the joint-best score of the third round at Torrey Pines.

He matched Friday’s tally of five birdies but, crucially, he dropped only one shot in a high-quality performance that prompted the return of the McIlroy swagger as he left the 18th green full of confidence.

The 2011 champion kept the mistakes at bay in a steady outward half of 34, with a lone birdie at the second and eight pars, but he made a significant move up the leaderboard with three birdies in four holes after the turn.

The highlight was a sublime chip-in for an unlikely three at the 12th, and he also hit the pin with his long-range second to the par-five 13th, but he was in danger of undoing all his good work with one poor swing off the 15th tee, his drive pulled way left and into a hazard via a big bounce off the cart path.

McIlroy was unable to reach the green with his third, but he limited the damage to just a bogey with a delicate pitch to four feet and a composed putt, and he did well to scramble another par at 16 before a classy two-putt from 60 feet at the last ensured his third birdie of the week at the 18th. 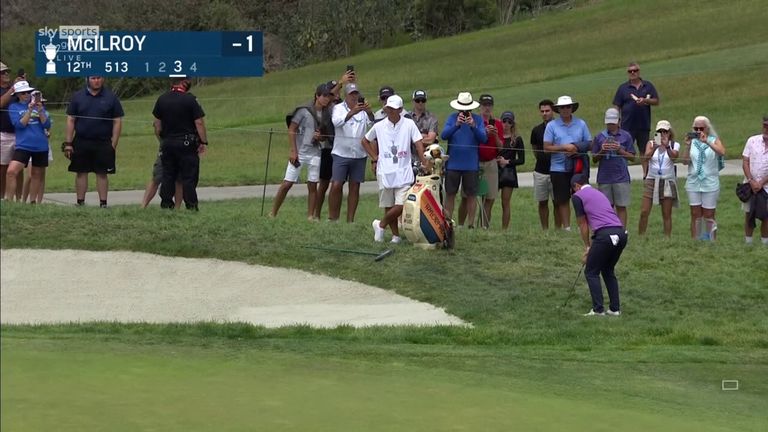 “It’s definitely the best that I’ve played this week,” said McIlroy as he reflected on his best chance to win the US Open since lifting the title 10 years ago. “I felt like I played well on Thursday, and 70 felt like the worst I could have shot.

“It was a little scrappy yesterday, but then today I hit a lot of fairways starting out, hit a lot of greens and gave myself a lot of birdie chances. I didn’t actually make that many, but I just stayed really patient knowing that, if you’re not making bogeys out there, you’re not losing ground.

“But I just played a really solid round of golf. There was really only one loose shot out there, which was the drive on 15, but apart from that, it’s one of the best rounds of golf I’ve played in a while.”

While he was understandably delighted with his five birdies, he was also fully aware of the importance of his clutch putts on the 15th and 16th greens that maintained his challenge for major No 5.

“Those putts were huge, huge to keep momentum,” he added. “As I said, this is the only tournament in the world where you fist-pump a bogey. Only losing one there was a big deal, and getting it up-and-down out of the bunker on 16 and making that birdie on 18 just to get that shot back that I lost, really big. 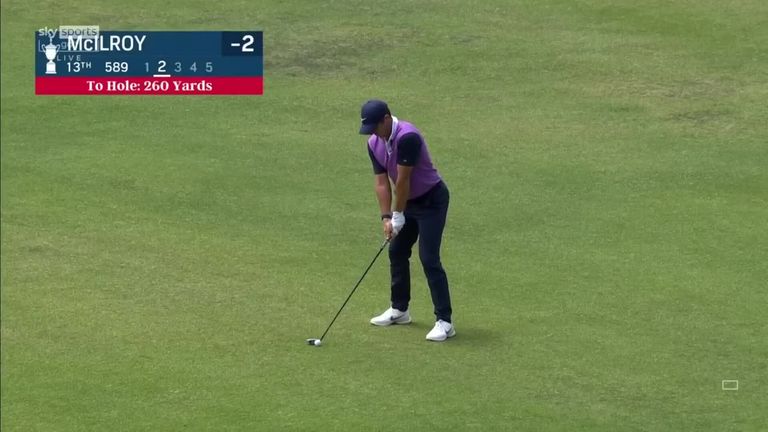 McIlroy makes a two-putt birdie at the par-five 13th during his third round, having rattled the pin with his approach from 260 yards!

“I thought something like two 68s over the weekend from where I was after Friday was going to have a good chance. I’ve done the first part of that job. Now it’s up to me tomorrow to go out and try to play a similar round of golf.”

McIlroy will look to exercise caution over bravado again on Sunday after conceding he paid the price for being too aggressive in his second round, and he is anxious to avoid “momentum-killing” holes.

“I got pulled into being overly aggressive a couple of times out there yesterday,” he said. “I thought the pin positions were a lot trickier the last two days, but I hit good drives yesterday on 14 and on 5, and going at pins and short-siding myself and making bogey from there.

“They’re just huge momentum killers, so accepting the fact that I’m going to hit a wedge 20 feet away, I still have a decent chance of holing it, but if I don’t, make par, move on.

“I think that’s typical US Open golf. You have to accept that middles of greens and pars are good, and I got into that mindset today.”

Previous articlePhillip Schofield celebrates being reunited with his mum for the first time in over a year
Next articleVirgin River’s Benjamin Hollingsworth Teases the Big Mystery of Season 3: ‘Brady Is On Everyone’s Suspect List’