Take a look back at the third round of the Vitality Netball Superleague, and enjoy some of the best performances and major talking points.

After a cracking 10-match opening weekend, round three lived up to the same standard, kicking off with a belter between Leeds Rhinos Netball and Surrey Storm, and went from there.

If you did miss any of the action, then you can watch every match back on the Sky Sports YouTube channel. Here, we review some of the things that jumped out during another busy round of Vitality Netball Superleague action…

Match of the Round

This week, we’ll look no further than the final match between Wasps Netball and Team Bath Netball, as it highlighted the strength in depth that Bath possess as well as Wasps Netball’s fighting qualities. 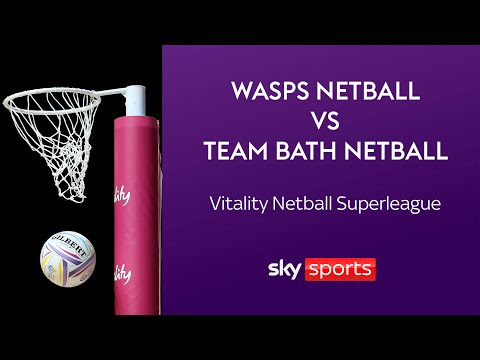 Player of the Round

The Welsh side were indebted to her work during their contests and against Storm in particular, you saw how crucial she is to their output when she left the court due to injury. Within a league that’s full of outstanding shooters, Clinton is really standing up and being counted for.

Performance(s) of the Round

Normally we’ll have just one performance of the round, however in this round, two outfits – Manchester Thunder and Loughborough Lightning – couldn’t be separated and there was a strong argument for Team Bath Netball making the cut too. 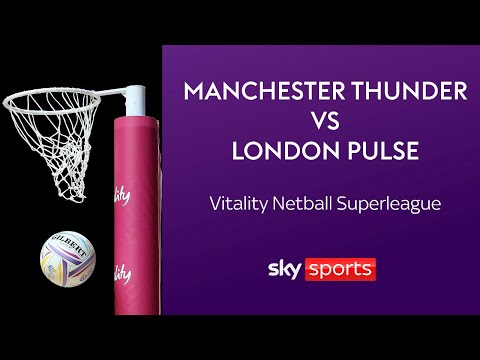 First on Sunday, 2019 champions Thunder demonstrated their credentials with a commanding 57-30 victory over London Pulse.

After suffering from a slow start against Strathclyde Sirens in the opening weekend, they did not make the same mistake twice. Instead, their 18-7 first quarter, which included them scoring eight goals without reply from the first whistle, laid the foundations for their work.

Not only did Karen Greig’s side keep their foot on the gas throughout, but they were able to continue to give their younger players court time and showcase the considerable talents they have within their ranks.

No less than 13 of their squad members have come through their pathways and the way in which Berri Neil and Lois Pearson, in particular, have taken to the Superleague stage has been impressive.

We weren’t happy with our performance last week so we worked hard in training this week and you can tell out on court. We know that there’s still more to come though.

Once Thunder and Pulse had finished on court then Lightning made their statement with their 60-35 victory over Saracens Mavericks. It was another result that was built on a strong start as the defensive work of Alice Harvey, Sam May and Beth Cobden set the tone. 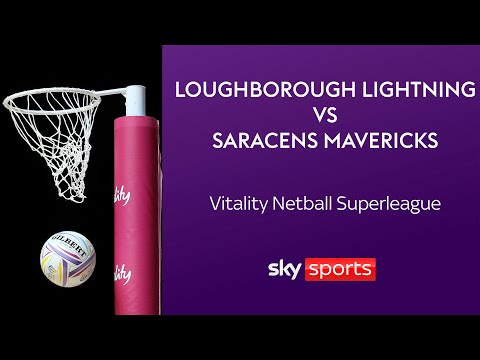 Sara Bayman was also able to turn to her bench during the encounter, and captain Nat Panagarry spoke post-match about their desire to start this season strongly in order to put themselves in a positive position later on.

“It’s nice to see that the side pushed on in the second half,” Bayman said. “Everyone who came on did exactly what we wanted them to, and it was good to get all twelve of the squad out there and put on a confidence building performance.”

After flying in Leeds Rhinos Netball’s circle, 18-year-old Sienna Rushton took home the player of the match award from their 50-44 victory over Surrey Storm.

Her 34 goals were integral to their triumph and the way in which she commanded her circle and had the confidence to put up her shots, will no doubt have pleased her head coach Dan Ryan.

Already Rushton and Rhea Dixon are in tune with each other and look like they have played together for much longer than just a few months.

With Donnell Wallam sidelined for an ‘extended period of time’, there will be plenty of pressure on this teenager’s shoulders, but having gone on a England U19s tour at the age of 15, she should be up for the challenge.

They surprise me everyday which is what’s making my job so exciting, I love it. There’s a massive smile under this mask, watching they play, learn and grow.

The View on Social Media

In November last year, Mia Ritchie announced that she had decided to take some time out from netball after 11 years in the Vitality Netball Superleague, to ‘focus on other aspects of life’.

She may not be on court this season, but she is giving her thoughts and opinions after every match.

#DRAvSIR Impressed with Sirens ability to step up after losing Gallagher. Swings around the circle edge worked wonders in attack. Abernethy rock solid again. Nicholl a quiet assassin ???????? Back to the training court for Dragons although Clinton’s accuracy is outstanding.

As you’d expect with the Commonwealth Games in Birmingham just around the corner, England’s Vitality Roses head coach Jess Thirlby has been keeping an eye on all of her players, and she’s keeping quiet about her predictions.

????????????????I always challenge myself to doing league and match predictions but I’m enjoying seeing all the teams and I’m sure a few unexpected twists and turns will happen along the way ???? https://t.co/qv4gScktD1

During one of her commentary games on Sunday, Pamela Cookey shared her perspective on 12-minute quarters, a new feature for this season, and why she thinks they’re a great idea.

“I like them, I think that it adds that little bit of extra pressure to teams in terms of them knowing that they have to get going and do something,” she said.

“In 15 minutes, you sometimes see quarters blow out a little bit more, because one team settles in, but with 12 minutes it makes it more exciting. If I was playing, I’d have enjoyed it!”

Sky Sports is your home of netball. The Vitality Netball Superleague continues on Sunday with Round Four and four back-to-back matches available to watch on the Sky Sports YouTube channel from 12pm.

Billie Jean King Cup: Ankita Raina’s gallant fight ended in agony yet again as she lost to world number 47 Anastasija Sevastova in the...