Team Bath Netball jumped to the top of the Vitality Netball Superleague table after a hard-fought 47-36 victory over Strathclyde Sirens on Monday night.

Anna Stembridge’s side are the only unbeaten team in the competition, and they now move three points clear of Loughborough Lightning following the culmination of Round Seven.

For Strathclyde Sirens, the contest with Bath provided another reminder of their continued development and growing belief. After going toe-to-toe with Wasps Netball on Sunday, they made Bath’s world-leading players step up and be counted in Wakefield.

In the second contest of the night, Leeds Rhinos Netball managed to finish on the right side of a close encounter with Melissa Bessell’s Severn Stars, edging a 42-38 victory.

After taking the second and third quarters by just a single goal, a 13-7 final quarter helped Bath to swing the balance in their favour and see them hold pole position in the Superleague standings.

“We’re top but we’ve got a long way to go in this competition,” Serena Guthrie said during her post-match interview on Sky Sports. 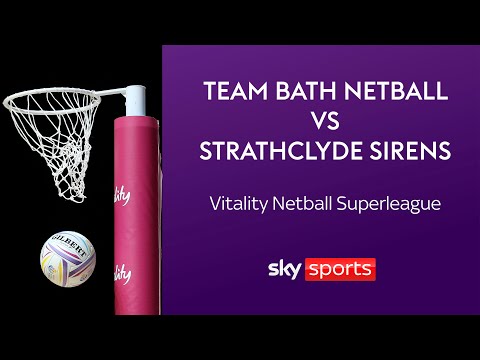 With Strathclyde Sirens arriving in form and knowing that a win would move them into the top four for the first time in their history, Karen Atkinson’s outfit looked focused and ready to take on their unbeaten opponents.

Atkinson had asked her Sirens players to be “calm and confident with the ball”, however, the world-class ability of Layla Guscoth and Eboni Usoro-Brown did present challenges in their attack end.

After a close first quarter, which Team Bath won 11-8, Anna Stembridge’s team capitalised on early turnovers in the second.

That created a comfortable seven-goal cushion, however errors then crept into Bath’s work and Sirens reeled them back in, assisted by stronger shooting from Emma Barrie and Bethan Goodwin.

As a result, the contest was finely poised – 22-18 – at the interval, and while Team Bath kept their starting line-up on court, Sirens introduced Niamh McCall at GA.

The third set of 12 minutes saw both teams continue to go blow-for-blow. McCall added a new dimension for Sirens and Towera Vimkhumbo remained magnificent in defence, but Bath started to provide a hint of what was to come.

In the final quarter, Tash Pavelin built on Guscoth’s positive work and Guthrie took herself to a new level. With turnover ball being swiftly converted, Bath made life a little more comfortable for themselves and added a touch of gloss to what had otherwise been a tough tussle.

Rhinos grind out win over Stars

The final victory of Round Seven belonged to Leeds Rhinos Netball as they held firm against a tough Severn Stars team to record a 42-38 win. 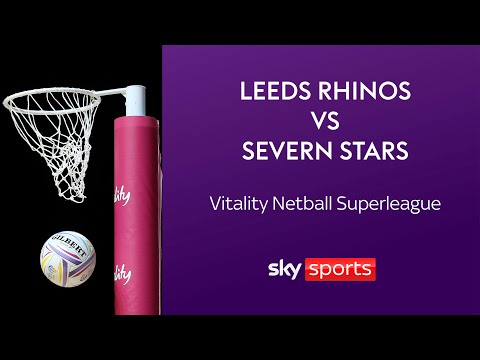 From the outset, it was clear that Rhinos and Stars were up for the challenge of meeting each other. From post-to-post, their respective defenders snatched copious amounts of ball, and there was very little to choose between them.

Dan Ryan’s outfit were the ones to get their noses in front first, but every time they tried to pull away from Nia Jones and her team, Stars had an answer.

Lucy Herdman was a pillar of strength at the back for them while Georgia Rowe had another strong shooting display in Stars’ attacking circle.

Within Rhinos’ line-up, Jade Clarke was a force at C and then she helped them to tighten the screw, when she moved back to WD in the second half.

Heading into the final quarter, Rhinos held a narrow 32-28 lead and although Stars clawed it back to within two goals with 60 seconds to play, Superleague’s newest franchise remained composed.

They continued to look forwards and feed the indominable Sienna Rushton well. As a result of their positivity, she rewarded them with two more goals which ultimately secured their victory.

Sky Sports is your home of netball. The Vitality Netball Superleague continues on Sunday with Round Eight and four matches back-to-back, streamed live on the Sky Sports YouTube channel from 12pm.

Nawaf bin Mohammed crowns the best in the 400 hurdles

Previous articleUAE: The Saudi Arabian initiative is a valuable opportunity for a comprehensive ceasefire in Yemen
Next articleRuby Rose on Batwoman’s Kate Kane Recast: ‘I Am Stoked’ for Wallis Day