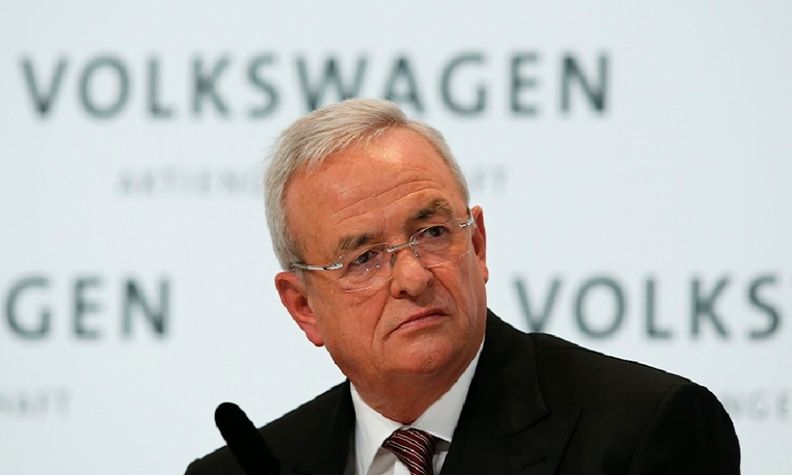 VW said its supervisory board believes Winterkorn (shown) breached his duties by failing to promptly clarify the circumstances behind the use of unlawful software functions in diesel engines sold in North America.

Volkswagen Group said it will claim damages from former CEO Martin Winterkorn and former Audi boss Rupert Stadler, as the company tries to draw a line under its diesel cheating scandal.

The automaker’s supervisory board has concluded that Winterkorn breached his duties of care from July 27, 2015, by failing to comprehensively and promptly clarify the circumstances behind the use of unlawful software functions in 2.0-liter TDI diesel engines sold in the North American market between 2009 and 2015, VW said in a statement on Friday.

Winterkorn also failed to ensure that the questions asked by the U.S. authorities in this context were answered truthfully, completely and without delay, VW said.

The board also concluded that Stadler breached his duties of care by failing, in the period from September 21, 2016, to ensure that 3.0-liter and 4.2-liter V-TDI diesel engines developed by Audi and installed in VW, Audi and Porsche vehicles sold in Europe were investigated with regard to unlawful software functions, the statement said.

VW said the board’s decision to seek damages follows an extensive review of liability claims by the law firm Gleiss Lutz, which concluded that negligent breaches of duty had occurred. The investigation included the screening and review of 1.6 million files and more than 1,550 interviews and questionings. It found no violations by other members of the management board, VW said.

Volkswagen admitted in 2015 to using illegal software to rig diesel engine tests in the United States. The scandal has cost it more than 32 billion euros ($38 billion) in fines, refits and legal costs.

Winterkorn, 73, and Stadler, 58, have both denied being responsible for the scandal.

Winterkorn resigned as VW Group CEO on Sept. 23, 2015, a week after the scandal broke. About three years later, VW Group terminated Stadler’s contract as Audi CEO against the backdrop of a criminal investigation into whether he was involved in emissions cheating.

Winterkorn’s lawyers said in a statement the former CEO regretted the supervisory board’s decision and rejected the accusations against him. The statement said Winterkorn “is aware that the supervisory board is obliged to assess potential claims and to possibly assert them. He will therefore seek to clarify those questions in consultation with Volkswagen.”

The U.S. has charged Winterkorn with conspiracy and wire fraud, but Germany doesn’t extradite its citizens. Investigations in Germany into the roots of the scandal and the people responsible for it have progressed at a slower pace.

Both Winterkorn and Stadler now also face criminal charges in German courts. The start of hearings in the German city of Brunswick in VW’s home state involving Winterkorn and other former VW managers was pushed back to September due to the pandemic. Separate hearings against Stadler and other former Audi officials started in Munich last September and are likely to drag on for years.

VW has shed little light so far on findings of internal investigations as well as an external probe by law firm Jones Day that was commissioned by the supervisory board. The most comprehensive documentation of the manipulation that stretched almost a decade is the plea agreement VW signed with the U.S. Justice Department four years ago.

Reuters and Bloomberg contributed to this report