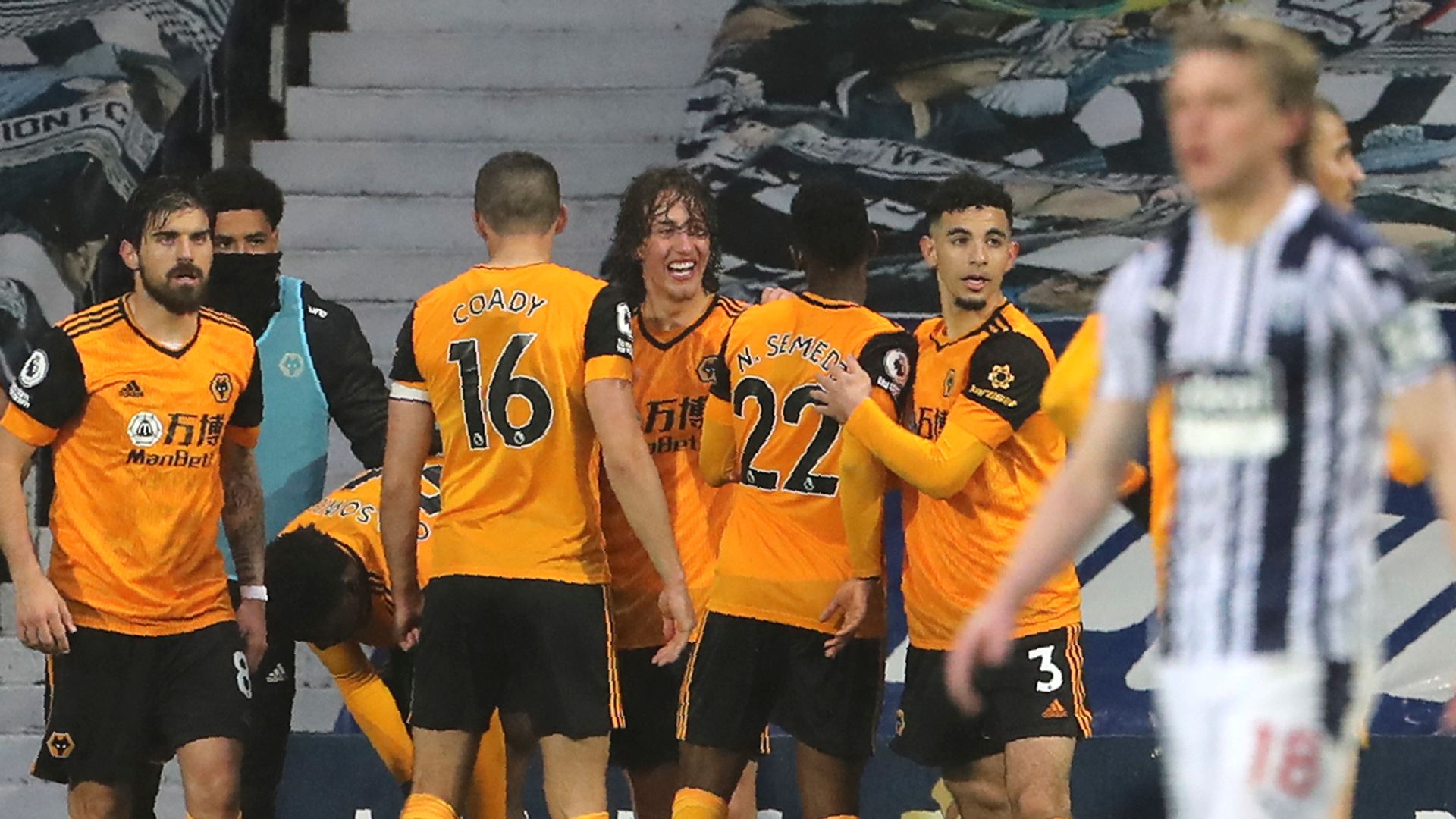 West Brom came from behind to earn a 1-1 draw at home to rivals Wolves but the solitary point edges them closer to the drop.

Mbaye Diagne’s second-half header cancelled out Fabio Silva’s fortunate goal in first-half stoppage time but the draw means Sam Allardyce’s side are 10 points from safety with four games to go.

Wolves had more of the ball throughout but their own frailties were evident as Nuno Espirito Santo’s out-of-form team failed to withstand West Brom pressure after the interval.

As rain swept across the ground, it took both teams some time to settle into any kind of rhythm but it was Wolves who had the first chance when Romain Saiss headed straight at Sam Johnstone.

The away side dominated possession for much of the first half, Nelson Semedo forcing a far better save from the Baggies goalkeeper on the half hour before Vitinha tried his luck from range.

West Brom came close to the breakthrough late in the half when a short corner found its way to Diagne at the far post but he could only divert across goal rather than into the net.

It was to prove costly within minutes when Wolves took the lead in farcical circumstances at the other end after some impressive build-up play involving Owen Otasowie and Vitinha.

Kyle Bartley looked likely to clear but his attempt ricocheted off Silva, looping over Johnstone and into the Albion net, much to the delight of the teenage forward who wheeled away in celebration.

The Portuguese has struggled to fill the void left by Raul Jimenez but this was his second goal against Wolves’ biggest rivals and more than justified his return to the starting line-up.

West Brom went with a back five with Dara O’Shea returning to the defence, and Matheus Pereira providing the support for Mbaye Diagne in attack. The casualty from the 2-2 draw at Aston Villa was Callum Robinson, who returned to the bench.

Wolves made three changes to the team thrashed by Burnley last time out with the inexperienced trio of Vitinha, Owen Otasowie and Fabio Silva coming in to replace Willy Boly, Daniel Podence and Willian Jose. That saw a change of formation with Nuno Espirito Santo reverting to a back four.

The only change at half-time was the official, with Mike Dean stepping up to referee the second half after Paul Tierney sustained an injury, but there was a shift of momentum towards the home team.

West Brom threw everything at Wolves in the early stages of the second half with goalkeeper Rui Patricio making two huge saves when the equaliser seemed inevitable.

Firstly, the impressive Matheus Pereira slipped the ball to Conor Townsend only for the full-back to shoot too close to Patricio on the angle. Then, good work by substitute Matty Phillips found Sam Gallagher in space at the far post only for the midfielder to see his effort palmed away.

The goal finally came just after the hour mark when Diagne was left unmarked in the centre of the goal to head calmly home from Townsend’s expertly directed left-wing cross.

With both teams chasing a winning goal, it made for an open finale as rain lashed down on the sodden Hawthorns turf but neither side had the quality to fashion another clear chance late on.

The result means West Brom have had the better of this season’s Black Country derbies, having won at Molineux in January. But a repeat of the fixture next time around now looks highly unlikely.

Man of the match: Vitinha

West Brom manager Sam Allardyce: “You can’t miss chances like that. When you’re in the position we’re in, the first one’s unlucky off the line, but the two chances after half-time, with only the keeper to beat, not to put those two in is a big loss for us today, a big three points missed.

“We can only hope the teams lose above us and we win four games on the trot.”

Wolves boss Nuno Espirito Santo: “I’m not totally pleased, but more pleased regarding what we wanted from the game. We controlled it from the beginning, had good moments.

“The only part was the beginning of the second half, when West Brom created problems, but for the rest of the game the attitude was magnificent.”

Man of the Match: Vitinha

This was only the third Premier League start of Vitinha’s career, having never started a league game for parent club Porto, but the little midfielder made a big impression at The Hawthorns.

His impeccable control and busy work in a derby game being played out in treacherous conditions caught the eye. He has a fierce shot on him and was involved in the build-up to the opening goal.

Vitinha was substituted late on but he had already done enough to earn the man of the match award by then and on this evidence Wolves would do well to keep hold of a player with real promise.

West Brom take their survival battle to the Emirates Stadium and Arsenal next Sunday; Kick-off at 7pm. 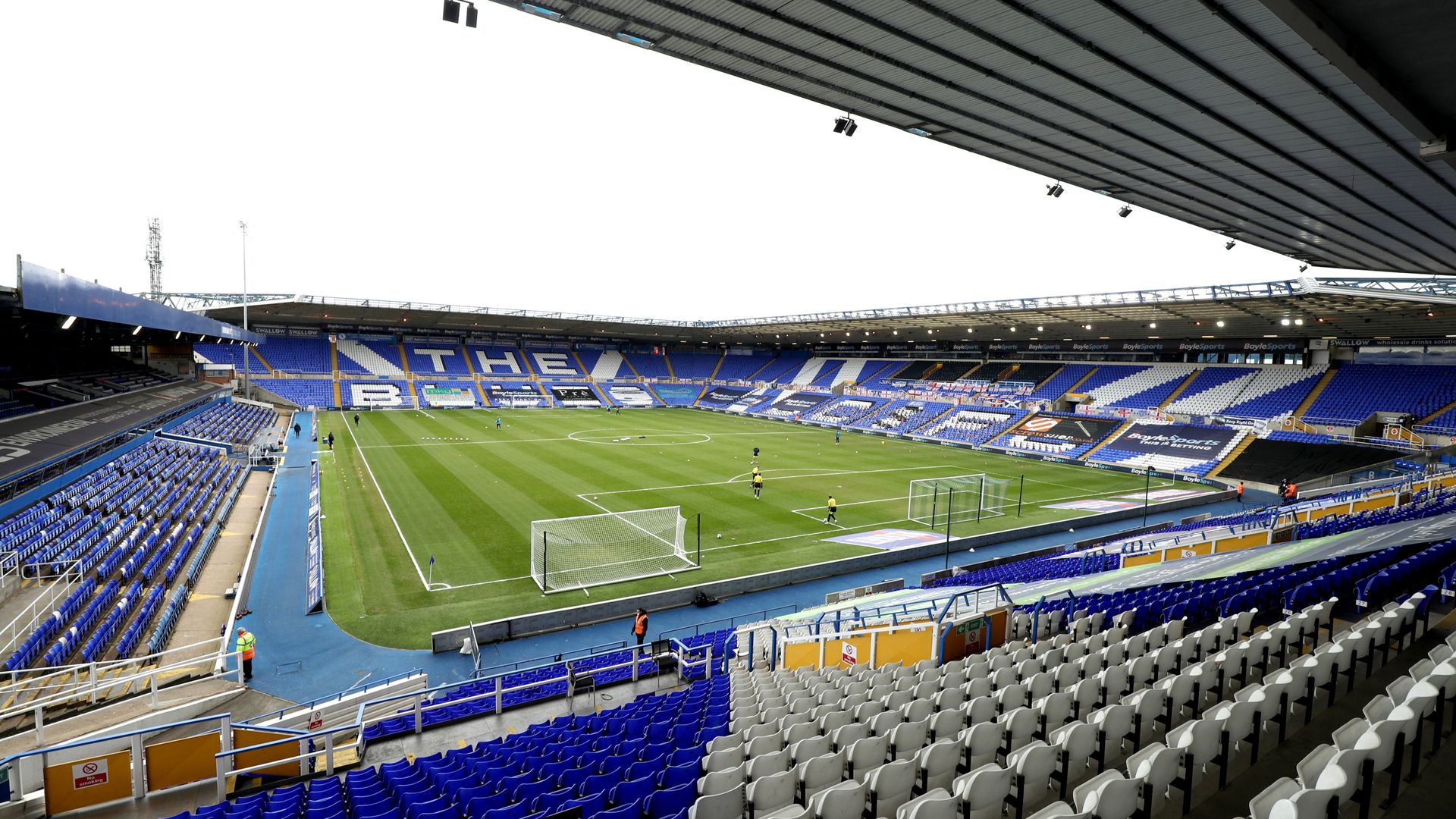 Anthony Joshua vs Tyson Fury set to be staged in Saudi... Andy Murray to play doubles alongside Liam Broady at the Internazionali...