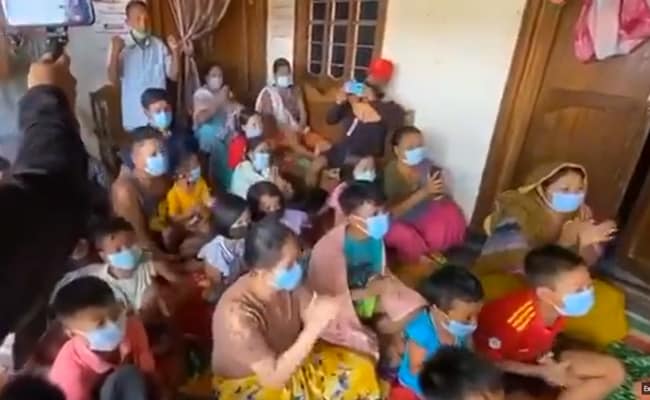 In what is perhaps the most heart-warming moment following weightlifter Mirabai Chanu’s Silver win at Tokyo Olympics was the scene at her home in Manipur.

Her 26-year-old’s family, neighbours and friends, who were gathered at her home and watching the game, burst into celebrations the moment she lifted a total of 202 kg (87kg+115kg).

Women, men and children saw on the floor of a small room, glued to a television set with the game on.  While many were seen praying with their hands folded and eyes closed, some watched the screen with bated breath.

#WATCH | Manipur: Family and neighbours of weightlifter Mirabai Chanu burst into celebrations as they watch her win the #Silver medal for India in Women’s 49kg category. #OlympicGamespic.twitter.com/F2CjdwpPDc

Ms Chanu ended India’s 21-year wait for a weightlifting medal at the Olympics by clinching the silver medal in the 49 kg category to open the country’s account in Tokyo.

“We are very happy today. This is a result of her hard work. India and Manipur are proud of her,” a relative told news agency ANI.