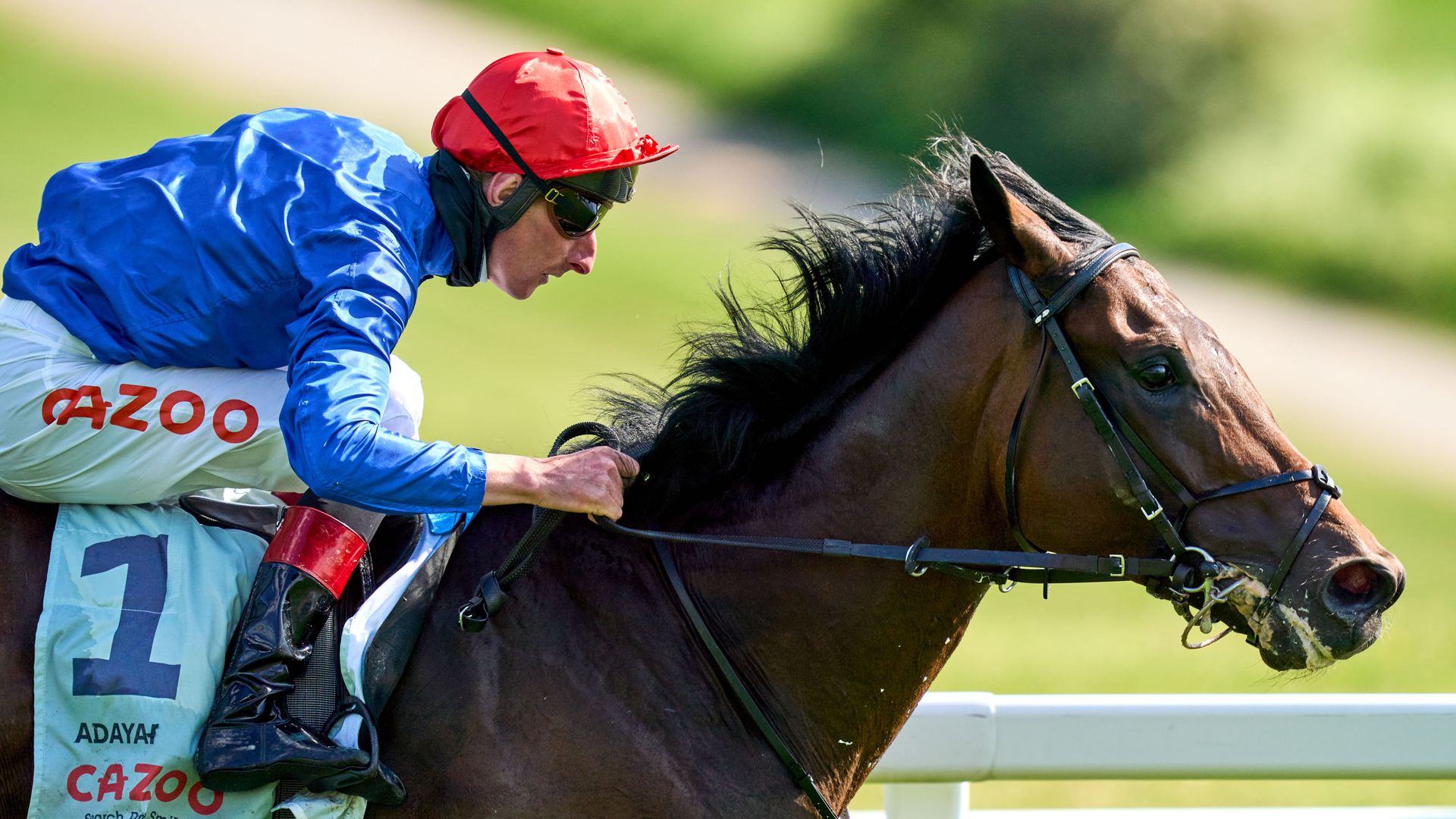 The Cazoo Derby took centre stage on the first Saturday in June – and this year, the limelight belonged to Adam Kirby as he and Adayar stormed to a memorable victory.

Kirby’s path to Epsom glory was circuitous to say the least, as a tale-of-the-unexpected sequence of events led to his booking on Godolphin’s apparent third-string for Charlie Appleby.

It was very much the direct route in the race itself, however. Kirby never diverted from the inside before nosing through a gap up the far rail two furlongs out and then surged clear as Adayar became this century’s first Derby winner from stall one.

There was some late money for him as part of a minor public gamble, but Adayar’s starting price of 16-1 still reflected relatively modest expectations – well adrift of stablemates Hurricane Lane and One Ruler in the market.

They were confounded – and so too those behind strong favourite Bolshoi Ballet, Aidan O’Brien’s only representative as the Ballydoyle powerhouse sought a ninth Derby but was to be well-beaten this time in a 17-length seventh.

On Derby day, though, it was Ayadar’s stablemate Hurricane Lane who fared best of those prominent in the betting – almost eight lengths behind the winner in third, with 50-1 outsider Mojo Star vastly outrunning both his odds and status as a twice-raced maiden for Richard Hannon.

Kirby’s pre-race story was part fairytale, part thriller – particularly in the past week, with a fanciful succession of plot twists on the way to an undoubted career highlight.

The 32-year-old began Derby week plotting his challenge on the well-touted John Leeper, who would eventually finish ninth under Frankie Dettori.

O’Brien’s decision to run just one of his six possible contenders left Dettori suddenly available, and John Leeper’s owners quickly snapped up his services in place of Kirby.

The latter, variously billed as a journeyman jockey or all-weather specialist but in truth nothing of either sort, has a long association with Appleby and Godolphin – and once it appeared he was free, the call came for him to ride Adayar, for whom dual champion jockey Oisin Murphy had previously been booked.

Reflecting on both the pre-race merry-go-round, and his resulting first Classic success, Kirby said: “There’s been ups and downs, it’s racing, but when it comes to Charlie Appleby, he’s a top man. I can’t thank him enough.”

As well as a first Derby winner for Adayar’s sire Frankel, it was a second for Appleby after Masar’s triumph in 2018.

Kirby’s gratitude to and admiration for Appleby was evident.

He added: “He’s a real gentleman and a great trainer. It’s quite unbelievable really – I don’t think it’s really sunk in yet.

“It’s a Derby. He ran well in the Lingfield Derby Trial, and that was obviously good form – we can all be wiser after the event.

“I got in (on the rail) and luckily the horse was brave enough to go through with it – he galloped up to the line and out through it.

“It’s a marvellous day. I hope my mother was watching.”

Appleby admitted he had his doubts about Adayar tackling the Derby, but Godolphin founder Sheikh Mohammed was keen to let the colt have his Classic chance.

The Newmarket trainer said: “I’m delighted for His Highness Sheikh Mohammed and Team Godolphin, being a home-bred as well and Frankel having his first Derby winner.

“I’m delighted for Adam. He knows him as well as anyone, because he broke all three of the runners in.

“To win the way he has done, he’s stamped his authority there among the three-year-old middle-distance horses. We’ll just take a breath, let the dust settle and regroup.

“I had a conversation with His Highness on Wednesday and I sort of put it up there that Adayar would be more of a staying horse – and, thankfully, he put me straight back where I should be and said ‘no Charlie, there’s only one Derby – and you need to stay in the Derby’.”

Ballydoyle was back in high-profile business on Sunday – thanks to St Mark’s Basilica, an impressive winning favourite in the Qatar Prix du Jockey Club.

The Siyouni colt was taking his Group One tally to three in successive races as he added the French Derby to last month’s French Guineas.

Ioritz Mendizabal was again in the saddle – and although the winning margin was just under two lengths on each occasion, Sealiway the outsider who got closest this time, the superiority was evident.

“Ioritz is a great rider and rode for us in Deauville last year – and we were very impressed.

“He’s a world-class rider, and we’re so delighted to get him.”

As for the big-race assignments on the radar following a successful move up to 10 and a half furlongs for St Mark’s Basilica, O’Brien added: “He has a lot of options, and obviously we’ll wait and see how he is when he comes back and see where we go.

“The Eclipse, the Champion Stakes – all those types of races – would be very strong possibles for him. It will depend on how he is and see what the lads (owners Coolmore) want to do.”