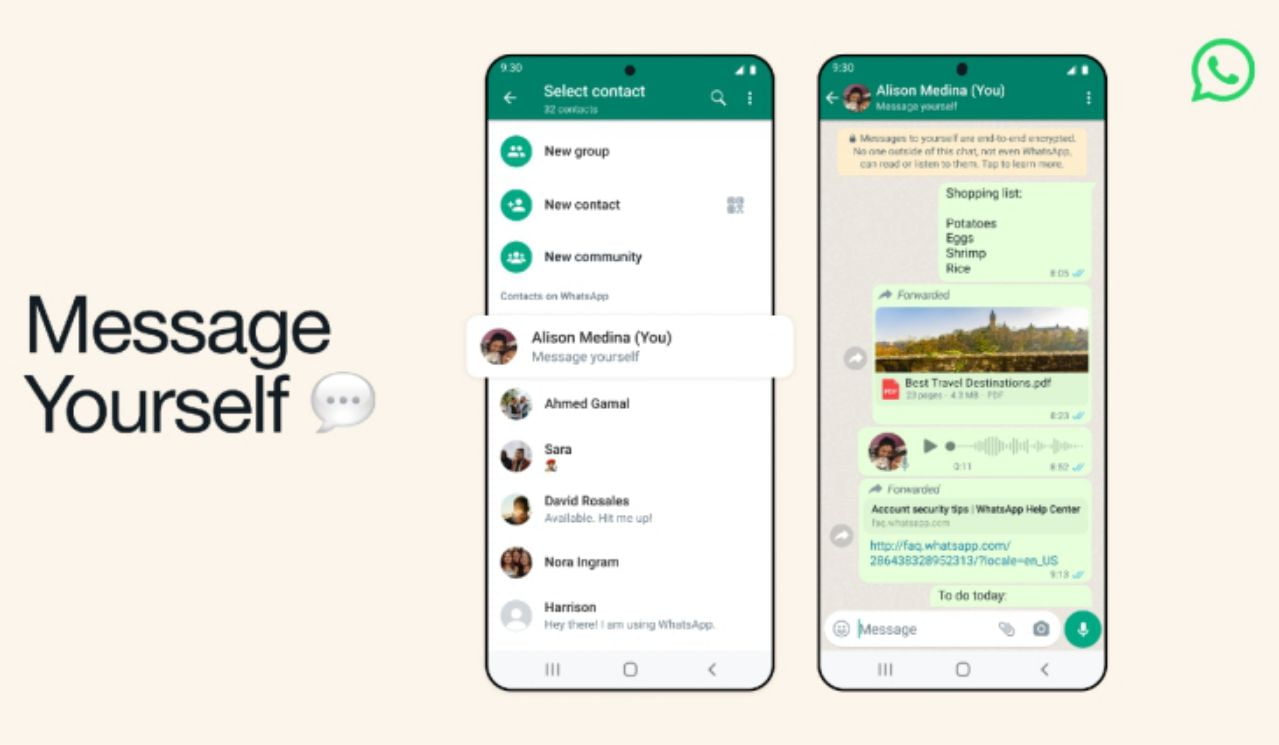 WhatsApp has begun adding a feature that lets you talk to yourself. When you send a message to your account, you can keep a piece of information with your other WhatsApp conversations.

On Monday, Meta, the company that owns the instant messaging app, announced that the new messaging feature would be rolled out to all Android and iPhone users over the next few weeks. Late in October, WhatsApp beta tracker WABetaInfo said it was first tested with some beta testers. TechCrunch has heard from the company that the feature is now being used worldwide.

When a user starts a new chat on WhatsApp, their contact will be at the top of the contacts list. If they tap on that contact, they will be taken to the chat screen to send themselves messages.

Even though the ability to send yourself a message is new to WhatsApp, some users have been doing it differently for a while. With the app’s “click to chat” feature, you could already talk to yourself. Still, the new feature removes the extra steps users had to take to self-chat using the wa. me URL.

Users can also pin their self-chat messages to the top of the conversation list if they want to avoid looking for them in their long chats list.

Signal, an app that competes with WhatsApp, has a “Note to Self” feature that lets you make messages for your use. But unlike WhatsApp’s new feature, which is at the top of the app’s contact list, Signal doesn’t put your profile at the top of the list of people you can send to. Users must search for and choose “Note to Self” from the contacts list to use the feature.

In the same way, the community platform Slack has a place called “Jot Something Down” where users can send themselves notes.

Telegram also has a feature called “Saved Messages,” which lets users bookmark important messages and save notes and reminders they can access later. Once you’ve saved a message, you can find it at the top of the chat screen. But at first, Telegram users have to tap the hamburger menu on Android or go to the settings menu on iOS to use the feature.