When Aishwarya Rai Bachchan Gave A ‘Mic Drop’ Reply To David Letterman’s Ignorant Question Of “Do You Still Live With Your Parents?”

Aishwarya Rai Bachchan is the winner of the Miss World 1994 pageant and for good reason. She has a gorgeous face and incredible body frame but it was her wit and her sass that made her win the coveted title. We seldom get to see that intelligence.

Back in 2004, when the actress was promoting her film Gurinder Chaddha’s Bride and Prejudice, she appeared on David Letterman’s chat show. During the interview, she was questioned on some stereotypes that people from around the world relate to India.

When Aishwarya Rai Bachchan sat in front of David Letterman, she expected questions her film and career. But little did she know what was to come next. The anchor seemingly underestimated her. He was not only condescending but also completely ignorant about her accomplishments and her credibility.

Aishwarya had to face several ignorant questions which clearly showed that the anchor did little research about her. However, the actress showed incredible patience and confidence as she faced those volley of questions.

David Letterman asked her, “Do you still live with your parents and is that common in India for older children to leave with their parents?” To which Aishwarya Rai Bachchan delivered a befitting response that shredded David on his own show. She said, “It’s fine to live with your parents because it’s also common in India, we don’t have to take appointments from our parents to meet for dinner.” Watch her response below: 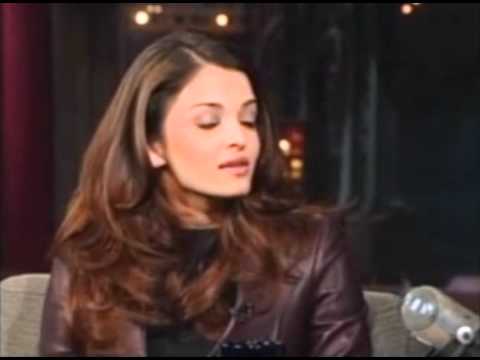 Aishwarya’s response naturally left Letterman speechless. She once again proved that when it comes to wit, beauty, and grace, Aishwarya truly is the ultimate Miss World.

What do you think about Aishwarya Rai Bachchan‘s sassy reply to David Letterman’s ignorant questions? Let us know in the comments.