In a career spanning over 25 years, Shah Rukh Khan has made his way to the top all by himself. Be it wealth or stardom, the actor has achieved it all. Speaking on the same, once Jackie Shroff beautifully described SRK’s impression on him and why he is known as King Khan.

It traces back to 2014 when the team of Happy New Year including SRK, Jackie, Deepika Padukone, Sonu Sood, Boman Irani, Farah Khan and others, held a promotional event. The event was attended by several media houses and it was a hell lot of fun. During the event, one media person asked Jackie to share his experience working with SRK.

For the unversed, Jackie Shroff and Shah Rukh Khan have worked together in 4-5 films including King Uncle, One Two Ka Four, Devdas and Trimurti. In a reply to the media person, Jackie shared that SRK is very deep, very lonely and he rarely smiles. He also shared that he always says Tiger Shroff to look up to the Zero actor and be well-mannered, humble like him despite all the success.

See the video below: 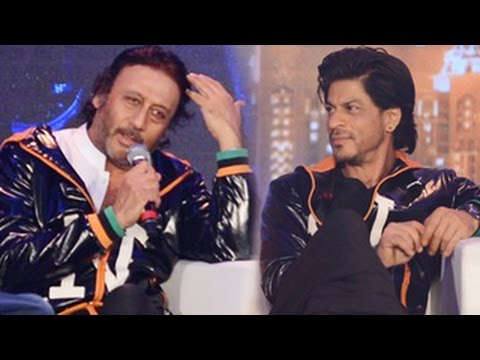 On the work front, Shah Rukh Khan is busy shooting for his unofficially confirmed, Pathan. The film is being helmed by Siddharth Anand under YRF’s banner.

. Anushka Sharma Lifting Husband Virat Kohli & Screaming “Did I Do It” Is The Cutest Thing On The Internet Today, Watch

I get bored easily so playing different parts works for me

Previous articleU.S. auto industry calls for government help on chip shortage
Next articleJackie Chan Birthday Special: From Falling Off 6-Storey Building To Swinging Off A Helicopter, A Look At 5 Dangerous Stunts That Almost Cost The Karate Kid Actor His Life