When Kareena Kapoor Khan started romancing Saif Ali Khan, it raised a lot of eyebrows among the fans and B-town. The age gap between the two is what was bothering the fans but their love for each other proved that age is just a number. Back in the day, Bebo once confessed on Koffee With Karan that she wouldn’t fall for someone older than her husband. Read to know the scoop below.

Kareena appeared with Kajol who did ‘We Are Family’ together which also starred Arjun Rampal in a pivotal role.

During a rapid-fire round on Koffee With Karan, Karan Johar asked Kareena Kapoor Khan, “If you get a role as a young girl who falls in love with an older man, who would you like to cast in that role?” Bebo replied, “No, no. I don’t want to fall in love with any older man.”

Karan immediately said, “Why? Aren’t you in love with one right now?” to which Kareena replied, “Saif is anyway 10 years older than me. Now older than that I can’t handle. Older than that I’m not interested.”

Haha, take a look at the video here: 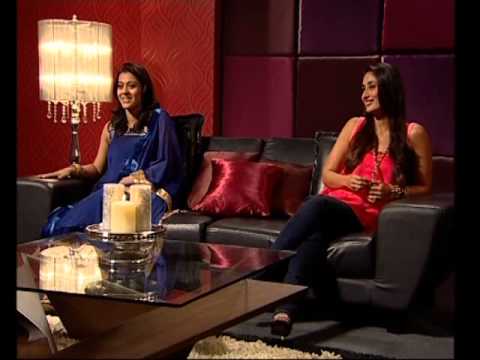 That’s one fun rapid-fire round to watch!

Meanwhile, Kareena Kapoor Khan and Saif Ali Khan had fallen in love with each other on the sets of Tashan. The couple has worked together in multiple films including Agent Vinod, Omkara and Kurbaan.

Back in 2014 during a conversation in Look Who’s Talking With Niranjan, Kareena revealed that initially they used to just exchange greetings with each other on the sets and were dating different people in their respective lives.

“Saif) is from a different generation. I’ve know him, I have been hanging around on sets when Lolo and Saif were shooting in Hum Saath Saath Hai in Jodhpur. Then we did Omkara where we didn’t speak and we were with our respective girlfriend and boyfriend at that time and we hardly interacted or even exchanged a word. It was always like ‘Good morning.’ He used to always be like ‘Good morning ma’am,’ and, you know, treat me with so much respect. I was like okay because he is anyway so chivalrous,” Kareena Kapoor Khan recalled.

Now, both Kareena and Saif have been married for more than a decade and share a great bond with each other.

. Did You Know? Randeep Hooda Was 3rd Choice For Jannat 2 Starring Emraan Hashmi

Previous articleDoes Mare of Easttown Twist Make Sense? Did SVU Have You on Edge? Is Paramount+ Puzzling? And More TV Qs
Next articleEngland vs New Zealand, 1st test: Washout at Lord’s as teams frustrated with the rain on Day 3