When KRK Shared How Shah Rukh Khan Agreed To Do Baazigar Only On This Condition & Said, “Ek Paagal Sa Ladka Aaya Hai…”

Producer, director and self-proclaimed judge of Bollywood, Kamaal R Khan always manages to grab headlines for all the wrong reasons. He never shies away from locking horns with the big (and small) names in Bollywood. He also revealed a similarity between Shah Rukh Khan and Ayushmann Khurrana.

KRK had often boasted about his proximity with King Khan by sharing pictures of SRK with his children. He even put out a fake tweet with a photo of the star promising to ‘leave the country’ if Narendra Modi became the Prime Minister. But now he reveals a striking similarity between SRK and Ayushmann Khurrana’s career.

In the video, Kamaal Khan revealed that when Shah Rukh Khan came to the industry, Salman Khan and Aamir Khan had already established themselves as successful actors. SRK accepted films that were rejected by other stars and one of the films was the 1993 film Baazigar.

KRK then said that Ayushmann Khurrana is also following the path laid out by Shah Rukh Khan. The Dream Girl actor also did films that were rejected by other stars. Take a look at the video below: 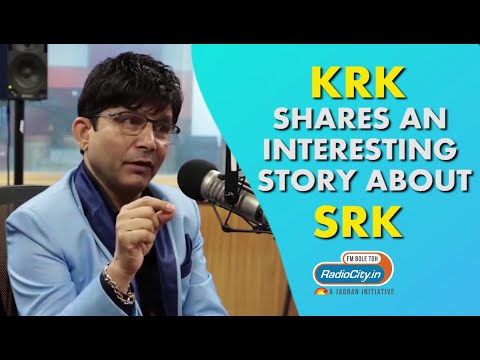 Kamaal R Khan (KRK) for the past few days is making headlines for locking horns with Salman Khan. While the Deshdrohi actor had alleged that Salman filed a defamation case against him over his review on Radhe. But the superstar’s legal team had clarified that KRK allegedly called him and his company Being Human a fraud and a front for money laundering.

Previous articleNotes on patch of Marvel’s Avengers update 1.38
Next article“I Do Need To Quite Him Down For My Next Job”