Who Is Sydney Chase? Meet the Model Tristan Allegedly Cheated on Khloé With 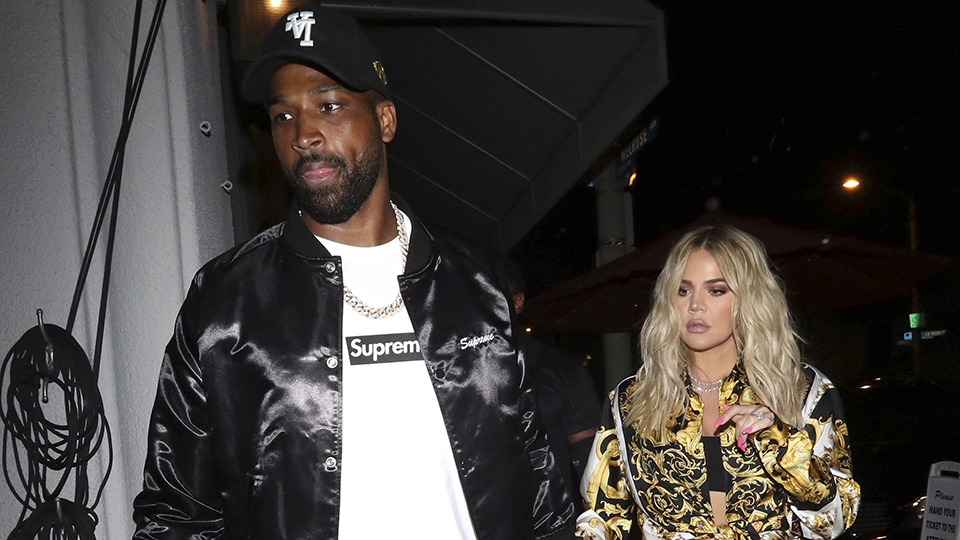 If you’ve been keeping up with the Kardashians, you may be wondering: Who is Sydney Chase, Tristan Thompson‘s alleged mistress with whom he cheated on Khloé Kardashian.

Sydney, a member of The Blackout Girls, claimed in an interview on the “No Jumper” podcast on April 22 that she and Tristan had an affair while he was still with Khloé. During the interview, Sydney’s fellow Blackout Girl, Hayden, asked her, “How was Tristan Thompson’s dick?” “It was a peek-a-boo dick but baby it was good,” she said. Sidney then claimed that Tristan told her that he was single and no longer with Khloé. “I did not know he was in a relationship. He told me he was not in a relationship anymore,” she said. She also alleged that the two “talked and hung out” on several occasions.

As fans know, this isn’t the first time Tristan has been involved in a cheating scandal. In April 2018, while Khloé was pregnant with their daughter True, Tristan was accused of cheating on her with model Lani Blair after photos and videos surfaced of them kissing at a club in New York City. In March 2019, Tristan was involved in a second scandal after he was accused of cheating on Khloé with Kylie Jenner’s former best friend, Jordyn Woods. Woods denied the rumors at the time, claiming that Tristan kissed her (not the other way around) and they didn’t have sex.

The Sydney controversy makes for Tristan’s third major cheating scandal since he and Khloé started dating in September 2016. Ahead is what to know about Sydney Chase, Tristan Thompson‘s alleged mistress that he cheated on Khloé Kardashian with.

Who is Sydney Chase?

Sydney, a 23-year-old from Los Angeles, is an Instagram model with more than 30,000 followers (and counting) under the handle @sydneychasexo. She also has a TikTok with more than 19,000 followers under the same URL. She also has an active OnlyFans account, according to The Sun. She is also one fourth of The Blackout Girls, a social media group that includes her, Erica Perry, Hayden Reilly and Richelle Vega.

When did Tristan allegedly cheat on Khloé with Sydney?

In a TikTok video on Monday, April 26, Sydney doubled down on the claims that Tristan cheated on Khloé with her. “Yes the Tristan rumors are true,” she wrote on her TikTok. In the video, Sydney claimed that Tristan last contacted her on April 13, the day after his and Khloé’s daughter True’s 3rd birthday. She also told viewers that Tristan messaged her after her claims on the “No Jumper” podcast. “The last time we had contact—besides when he messaged me after finding out about the interview, it was the day after his daughter’s birthday party,” she said.

In the video, she apologized for “[disclosing] personal information about Tristan. “That’s not OK, and I shouldn’t have done that,” she said.

Despite her apology, Sydney didn’t take back that she and Tristan did have a romantic relationship while he was still with Khlo. “Me answering the question about our past relations, that is true. We did have past relations; I then found out he was in a relationship and I ended things,” she said. “In the interview, things got misconstrued while we were drinking…We first met [in] November—November 11th to be exact—and that’s when everything started. And then the last time we had contact—besides when he messaged me after finding out about the interview—it was the day after his daughter’s birthday party.”

Sydney claimed on the “No Jumper” podcast that she repeatedly asked Tristan if he was single, to which he confirmed “yes.”

After Qatar, Saudi Arabia and the UAE, Egypt is looking to attract investment from another Gulf country!

Previous articleIPL 2021: couple more Wins on the trot and we can get some momentum: Jaydev Unadkat
Next articleExpenditure Secretary TV Somanathan Appointed Finance Secretary