WHO Issues Covid Warning To European Travellers Ahead Of Summer Travels 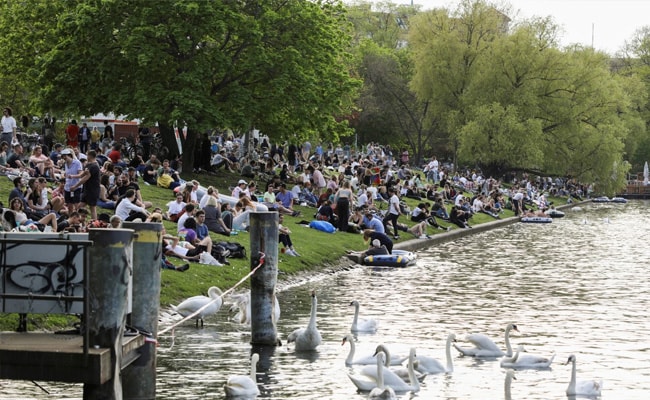 Tourists on the bank of Landwehr Canal in Germany as the country opens up. (File)

The World Health Organization on Thursday urged Europeans to travel responsibly during the summer holiday season and warned the continent was “by no means out of danger” in the battle against COVID-19 despite a steady decline of infection rates in recent weeks.

“If you choose to travel, do it responsibly. Be conscious of the risks. Apply common sense and don’t jeopardize hard-earned gains,” Kluge said.

Over the last two months, new COVID-19 cases, deaths and hospitalisations have declined, prompting 36 out of 53 countries in the region to start easing restrictions.

The number of reported COVID-19 infections last week came in at 368,000, a fifth of weekly cases reported during a peak in April this year, Kluge said.

“We should all recognize the progress made across most countries in the region, we must also acknowledge that we are by no means out of danger,” he added.

Kluge said the so-called Delta variant, which was first identified in India, was a matter of concern. This variant, he said, “shows increased transmissibility and some immune escape is poised to take hold in the region while many among vulnerable populations, above the age of 60, remain unprotected.”

Countries should learn from the resurgence in cases seen over the summer last year, even as vaccinations are being rolled out across the region.

With just 30% in the region having received their first dose of vaccines, this would not be enough to prevent another wave of the virus, he said.