On the surface, there may not seem like much of a link between a company which produces make-up for men and one of the most renowned sides in the macho world of rugby league.

But when you dig a little deeper, the reason Wigan Warriors have linked up with War Paint For Men as their new training kit partner becomes much more obvious.

Far from being just a sponsorship deal, the partnership with the five-time Super League champions will see the two parties promoting men’s mental health and wellness, working on a variety of projects with the club’s players and building on the wider work being done in the sport as a whole.

For War Paint For Men founder Danny Gray, who suffers from body dysmorphia and was inspired to set up the company having worn make-up since his teenage years to help combat that, this link with the Warriors is ideal.

“That’s the reason I wanted to do a partnership like this, because it’s probably one people wouldn’t expect,” Gray, who has previously partnered with Norwich City Football Club in a similar scheme, told Sky Sports.

“I want to break down that stereotype about men doing whatever they need to do to make themselves feel comfortable. That doesn’t have to be about wearing make-up, it can just be whatever you need if you’re going to be the real you.

“[Rugby league is] seen as a very manly, macho sport where men run through brick walls and all I’m trying to show is that it doesn’t matter what the exterior, everyone has insecurities or mental health to some extent. 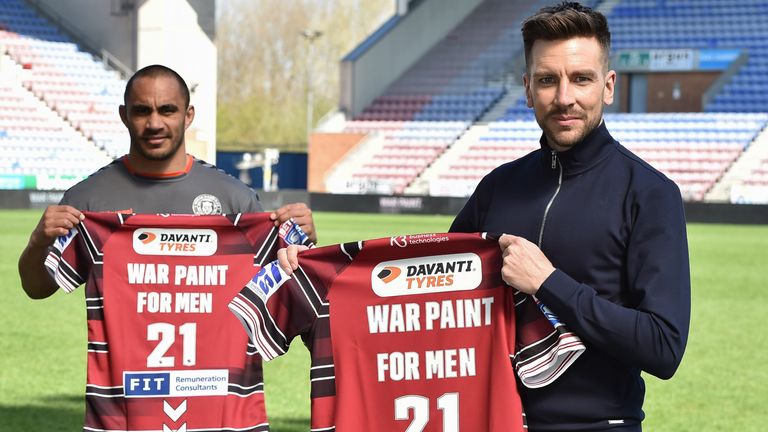 It’s not about me putting make-up on rugby players, it’s about mental health and breaking stereotypes for guys to do what they want to do, and I’m really happy with this partnership.

“It’s not about me putting make-up on rugby players, it’s about mental health and breaking stereotypes for guys to do what they want to do, and I’m really happy with this partnership.”

Wigan chief executive Kris Radlinski has personal experience of how mental health issues can affect people, having lost his former team-mate Terry Newton 11 years ago when the 31-year-old took his own life.

Newton’s death was a jolt for many across the entire sport and rugby league has taken steps such as launching the State of Mind programme in 2011 to address those. Organisers of this year’s Rugby League World Cup will also be promoting mental health awareness and education programmes.

Radlinski wants the Warriors’ approach to mental health and wellness to be focused on everyone working at the DW Stadium too, not just those on the playing side.

“In the last decade, it’s become a really prevalent point and a lot on our minds,” Radlinski said. “I lost one of my team-mates in Terry Newton and I think that perhaps put it on people’s radar the importance of giving extra time to mental health.

“The modern workplace is changing and professional sport, and certainly rugby league, has almost been quite military in its approach and we’re having to change and adapt to things also.

“The welfare and wellbeing of our people – not just the players, but the coaches and the administrative staff – it’s a much more holistic working environment perhaps than it has ever been.

“Certainly, mental health in sport is right up there with the hottest topics and we’d like to be up there leading the way with that.” 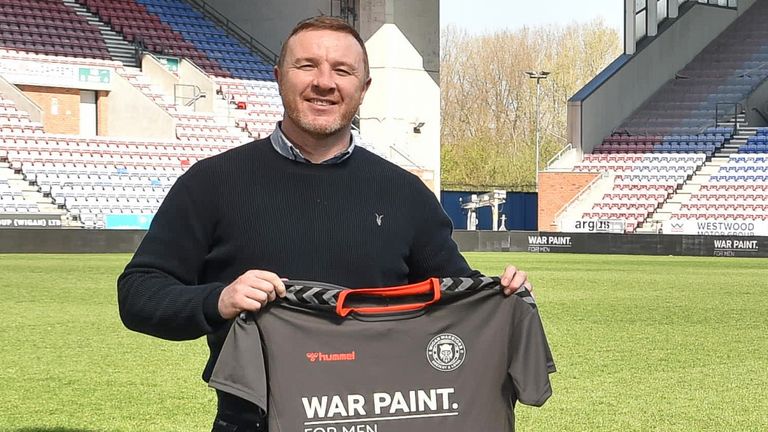 Getting behind initiatives like this is not a decision, it’s almost a responsibility we have to do as leading sports clubs – certainly in Wigan, anyway.

Some of the work Wigan and War Paint For Men will be doing will centre around breaking down stereotypes around professional athletes and how they are just as prone to mental health issues as everyone else.

Gray is quick to point out how these problems can manifest in anyone whatever their walk of life and however much it can appear they are living the dream.

“From the outside world, they might seem to have this idyllic life, but we all have mental health to some extent. It’s about how you manage it and it affects some people more than others.

“We’re doing something this year which is going to highlight that and change a lot. Wigan are so proactive about the mental health side and I’m proud to partner with them because of that.”

Radlinski recognises the importance of the Warriors taking the lead on mental health through their community work as well, whether that be going into schools or community teams in the town and surrounding area.

Indeed, the former Great Britain international full-back is in no doubt it is almost beholden for renowned sporting institutions such as Wigan’s rugby league club to be doing so.

“We’re very lucky we are close to our communities and we understand the role we, as perhaps the pinnacle business in the town, have to play in supporting our communities,” Radlinski said.

“Getting behind initiatives like this is not a decision, it’s almost a responsibility we have to do as leading sports clubs – certainly in Wigan, anyway.”