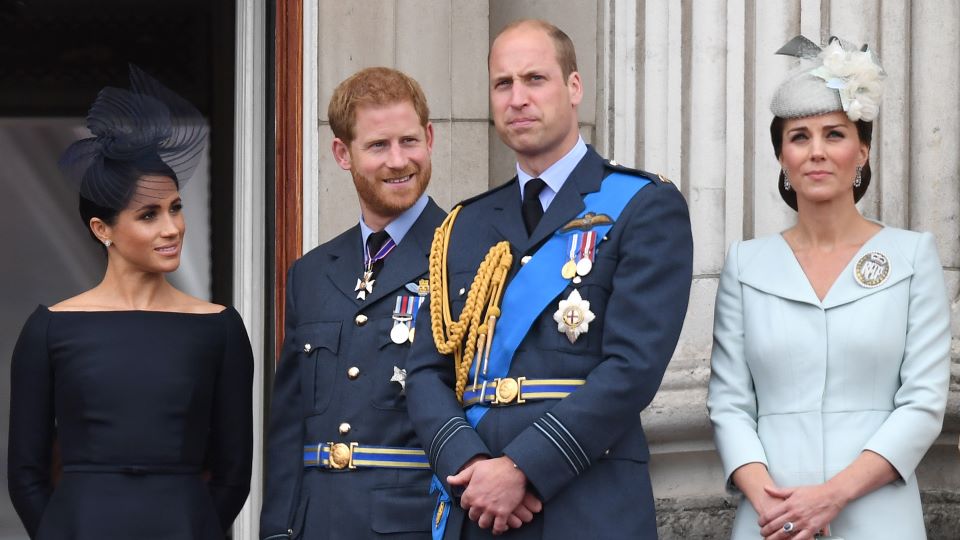 Is it possible Prince William and Kate Middleton shaded Harry and Meghan in their post for baby Lilibet? Some may think so, and here’s why.

When the Duke and Duchess of Cambridge congratulated the Sussexes’ on the birth of their daughter Lilibet recently, the pair notably decided to avoid calling Meghan and Harry by their royal titles. “We are all delighted by the happy news of the arrival of baby Lili,” the couple shared in an Instagram post following baby Lilibet’s arrival on Friday, June, 4. “Congratulations to Harry, Meghan, and Archie.”

Many interpreted the kind message as something of an olive branch between the couples, especially as it comes amid their ongoing feud following Meghan and Harry’s bombshell CBS interview with Oprah Winfrey in March. But a closer dive into Will and Kate’s caption also seems to indicate that they are officially done with formalities when it comes to Meghan and Harry.

A post shared by Duke and Duchess of Cambridge (@dukeandduchessofcambridge)

Case in point: When Meghan and Harry welcomed their son Archie in May 2019, Prince William and Duchess Kate’s message of congratulations took on a very different tone. “The Duke and Duchess of Cambridge are delighted with the news of the birth of The Duke and Duchess of Sussex’s son today, and look forward to meeting the latest addition to the family,” a spokesperson for Prince William and Kate Middleton shared on Instagram at the time, making sure to reference Meghan and Harry’s official titles.

However, while some may interpret Prince William and Duchess Kate’s new tone as a way of slighting the California couple, it’s also possible that their messaging is part of a wider royal rebrand. Prince Charles and Duchess Camilla, for example, also referred to the Sussexes by name in their statement: “Congratulations to Harry, Meghan and Archie on the arrival of baby Lilibet Diana,” they wrote on the Clarence House official Instagram account.

As royal commentator Kinsey Schofield explained to Insider recently, the royal family may be aiming to “add a depth of warmth” to their image following the backlash they received after the Oprah interview. “Things have been rocky for the entire family since the Oprah interview online, but Prince Charles and the Duchess of Cornwall have been dodging negative feedback on social media since November thanks to ‘The Crown’ Netflix series,” Schofield told Insider on Wednesday, June 9. Schofield continued, noting it’s now possible that the public relations teams for Clarence House and Kensington Palace have “teamed up to weather this storm.” Whatever their reason, the difference is intriguing!