A woman was caught by Chinese customs when she returned to the country with 202 Intel CPUs and nine iPhones wrapped around her torso and hidden under a fake pregnant belly.

The would-be smuggler was a young woman who crossed the border between Macau, an independent territory, and Zhuhai, a city in the Guangdong Province near Hong Kong. She was going through customs at the Gongbei Port when a worker noticed that she was acting oddly.

The woman wore a simple brown maternity dress as she went through customs. An official noticed that her posture was strange for a woman who seemed to be in her third trimester of pregnancy. She pulled away from the crowd and asked how far along she was. She said she was 5 or 6 months ahead, even though she looked like she was almost due. When they patted her down, they found the fake belly and the hardware stash under it. 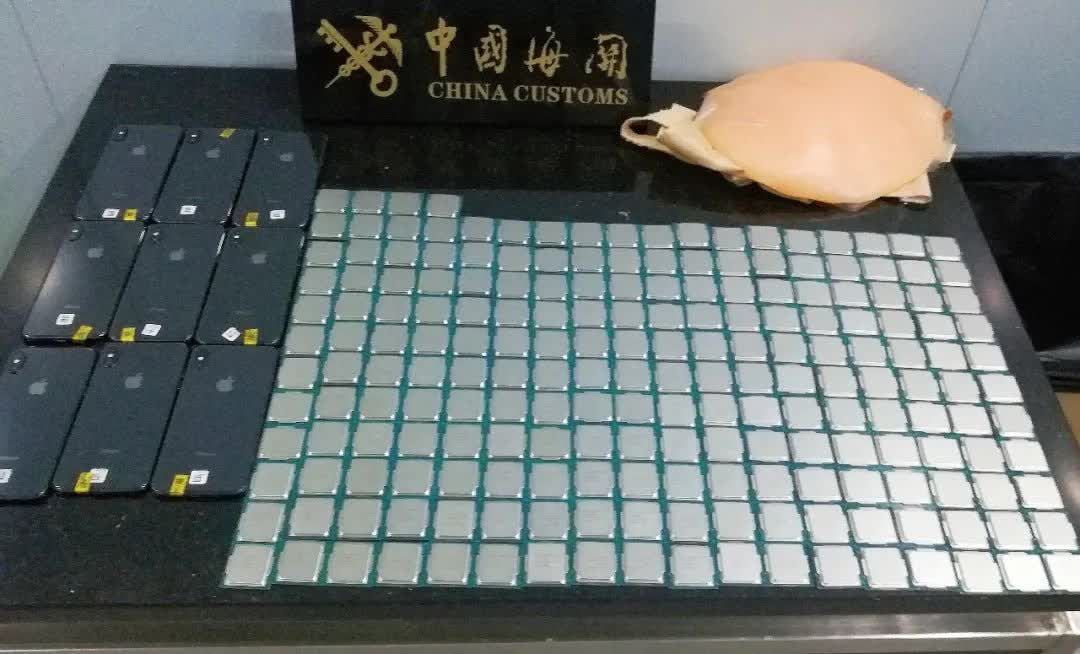 She turned 202 CPUs and nine iPhones into bricks by wrapping them in cling film and taping them to her chest. In a picture of the goods shared on social media, the CPUs can be seen as either Alder Lake or Rocket Lake models based on the LGA 1700 package. The black iPhones look like iPhone X or XS models. If all of the CPUs are high-end, the total value could be close to $100,000.

Due to their high import taxes, there is a lot of smuggling on the Chinese border. A few people have tried to sneak across the border with computers and phones strapped to their bodies.

In March, a man was caught at the Gongpei Port with 160 computers and 16 folding phones. The record for the most almost-smuggled CPUs is currently held by two truck drivers coming back from Hong Kong with 256 CPUs strapped to their arms and legs between them. A man from Hong Kong also holds the record for the most almost-smuggled iPhones, with 146.

The Gongpei Port could use metal detectors to keep people from trying to sneak things in. But so far, the only people caught smuggling have been using Intel CPUs or phones. If you want a piece of the pie, you could try your luck by taping some AMD Ryzen CPUs or some sticks of DDR5 to your stomach.