Would Christopher Meloni Come Back to ‘SVU’ Permanently? Here’s What He Said 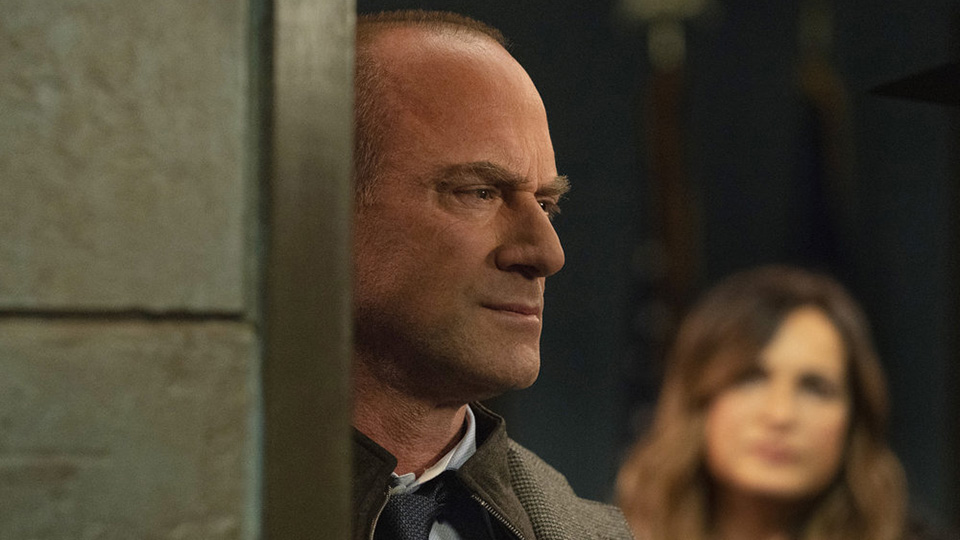 Since his return Law & Order, fans have wanted to know if Chris Meloni is coming back to SVU for good. Sorry, Law & Order fans, but it doesn’t look like we’ll see Stabler and Benson back together on the regular anytime soon.

Meloni made his debut as Detective Elliot Stabler in the Law & Order spinoff, Law & Order: Special Victims Unit, in September 1999. The show followed Stabler and his partner, Detective Olivia Benson, as they worked in the Special Victims Unit in a fictionalized version of the New York City Police Department. Meloni starred on the series for 12 seasons until he left in May 2011.

However, as fans know, that wasn’t the last time Law & Order fans saw Detective Stabler. Meloni returned to the role in April 2021 in the Law & Order spinoff, Law & Order: Organized Crime, which saw Stabler come back to the police force only to learn how much the criminal justice system had changed in the past decade. The series premiered with a crossover between SVU and Organized Crime, which was the first time fans saw Stabler and Benson back together in almost a decade.

In an interview with Entertainment Weekly, executive producer Ilene Chaiken explained how Organized Crime differs from SVU, which may have played a part in Meloni’s decision to return. “It’s not a case of the week, because organized crime doesn’t work in that way,” she said. “It’s an episodic show; the episodes will stand on their own. But the stories will also play out over the course of a whole season.”

After Law & Order‘s Organized Crime and SVU crossover, it’s understandable why fans to know if Stabler and Benson could ever get back together as crime-fighting duo for good. So, is Christopher Meloni coming back to SVU permanently? Here’s what he said. 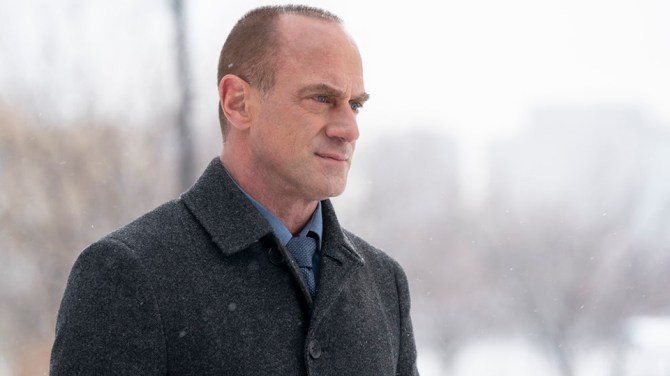 Is Christopher Meloni coming back to SVU?

In an interview with The New York Post in July 2020, Meloni revealed that he left SVU simply because he wanted “new adventures.” As fans remember, Stabler, who was married with five kids, left the series after retiring from the police force following a self-defense shooting in the season 12 finale.

“How I left was a different issue and had nothing to do with the Law & Order people, the SVU people or with Dick Wolf,” Meloni said. “I left with zero animosity, but I did leave clearly and open-eyed in going forward and finding new adventures. I was like, ‘That’s what I want to do, keep moving forward.’”

He continued, “I had done the Law & Order way of storytelling, which they do really well, and I was interested in telling stories from a different angle—whether comedic or inhabiting a new world or doing it on different platforms.”

Meloni also confessed to Entertainment Weekly in April 2021 that, while he was excited to film Organized Crime, he didn’t miss SVU when he wasn’t on it. “I would have no problem admitting to it. But I was pleasantly surprised it played out as well as it did,” he said. “Because, you know, that’s not how life shakes out, right? You can have all the dreams you want, all the preconceived notions of how it’s going to be. But I must say, the intervening decade was everything I could have hoped for.”

So would Christopher Meloni come back to SVU for good? Sorry, Law & Order fans, but don’t hold out hope. “That, I didn’t want to do,” he told Entertainment Weekly. “That felt like going back to what was. That boat had sailed.”

As for why he wouldn’t come back to SVU, Meloni hinted that he had outgrown the show’s case-of-the-week format, which is why he was “intrigued” by Organized Crime as a spinoff that doesn’t follow the same setup as SVU. “I was intrigued for a variety of personal reasons,” he said. “If you have, at least from my perspective, a very well-known and beloved TV character who left abruptly and, I would argue, unceremoniously…there’s a built-in recognizability, a thing that needs to be satiated with a sense of closure. Those are all very attractive things.”

Law & Order: Special Victims Unit airs Thursdays at 9 p.m. on NBC. Here’s how to watch it for free.

Dan Walker responds after eagle-eyed fans spot One Show distraction: 'Who was that!'

Mortal Kombat Actor Chin Han On His Charcater Shang Tsung: “Not Only ….