Xbox Series X and Xbox One free games: Download one of the biggest sports games for FREE 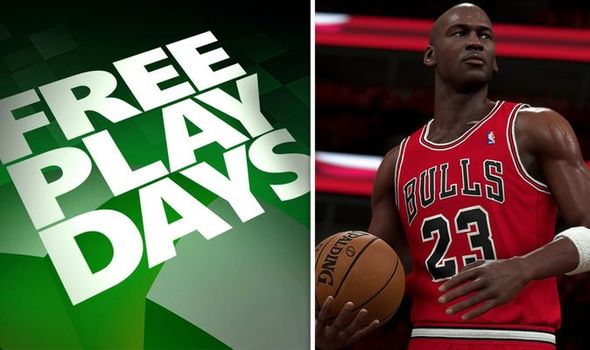 Microsoft has announced the latest batch of games to join the Xbox Free Play Days promotion.

Available from now until the morning of May 17, the new Free Play Days releases include NBA 2K21 and TT Isle of Man: Ride on the Edge 2.

The only drawback is that the Xbox One games are only available to Xbox Gold subscribers, and just for a limited time. Think of it like a modern day rental – only you don’t have to pay a penny.

If you want to continue playing after the free period comes to an end, you can purchase both games at a discounted price.

And don’t worry about having to start all over again or missing out on in-game Achievements, because all progress carries over to the paid release.

As a reminder, Xbox One games are also playable on Xbox Series X and Xbox Series S via backwards compatibility.

Developed by 2K Sports, NBA 2K21 is the latest release in the annual basketball series.

The game lets players create a player and take them through a full career, and also features a FIFA-style Ultimate Team mode.

“With extensive improvements upon its best-in-class graphics and gameplay, competitive and community online features, and deep, varied game modes, NBA 2K21 offers one-of-a-kind immersion into all facets of NBA basketball and culture – where Everything is Game.”

TT Isle of Man: Ride on the Edge 2, on the other hand, lets players compete in the infamous motorcycle race.

“Without a shadow of a doubt it is one of the most dangerous motorbike races in the world. In TT Isle of Man – Ride On the Edge 2, you prove your worth in different championships before setting out to conquer the Snaefell Mountain Course, a 60 km-long track with both winding and straight sections that will push your riding skills to the limit.

“And now it’s more realistic than ever, thanks to entirely revamped physics and faithfully reproduced rider movements.

“Fine-tune your motorbike, upgrade its performance and monitor its data in real time so you can stay competitive. TT2 also offers a brand-new open world, a biker’s paradise where you can test your bike settings and gain the experience you’ll need to win the TT Isle of Man title!”

Previous articleWhen Aishwarya Rai Bachchan’s ‘Giggle’ Bothered Shobha De & She Said, “If Only She Would Get Rid Of That”
Next articleFran Kirby: Chelsea forward wins Football Writers’ Association Women’s