Your Most Wanted Bhai out now

By John Mahon
May 5, 2021
7
EntertainmentBollywood

Ever since the audience heard a teaser of the Radhe title track in the trailer, anticipation around it has been immense. Just a day ago, the audio of the song was released with a jukebox of the film, received a phenomenal response and created quite a buzz.

The waiting time for the super excited fans is finally over as the filmmakers released the title track. Composed by Said Wajid and sung by Sajid, the track is the perfect massy entertainer. The video features Salman Khan and Disha Patani dancing to some impressive tunes of the song. Salman Khan looks extremely dapper in the video and the Salman-Disha pair bring up the wow factor.

The song’s visuals have all elements of Salman Khan style entertainment which will resonate with the fans. Salman Khan looks dashing and aggressive at the same time and carries the theme of the song with a flamboyant streak. The track personifies Salman’s character Radhe in the film.

Previously released songs like Seeti Maar and Dil De Diya have already taken their place at the top of the charts. The title track is expected to follow the lead too! 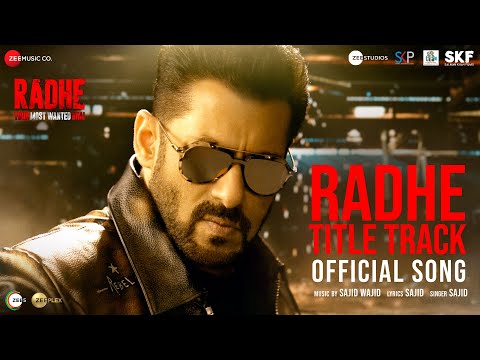 Alongside Salman Khan, Radhe also stars Disha Patani, Randeep Hooda and Jackie Shroff in pivotal roles. The movie is presented by Salman Khan films in association with ZEE Studios, produced By Salma Khan, Sohail Khan and Reel Life Production Pvt. limited. The movie will release in over 40 countries, including a theatrical release in major overseas markets on May 13 2021, on the occasion of Eid. The film will be available on ZEE5 with ZEE’s pay per view service ZEEPlex on the Zee5 OTT platform and all leading DTH operators.

Radhe Beats Race 3 By A Margin Of Over 78,000 Votes To Become Salman Khan’s Worst Rated Film!

When Akshaye Khanna Called Aishwarya Rai Bachchan The S*xiest Girl & Said, “You Just Keep Staring At Her Like A Lunatic”