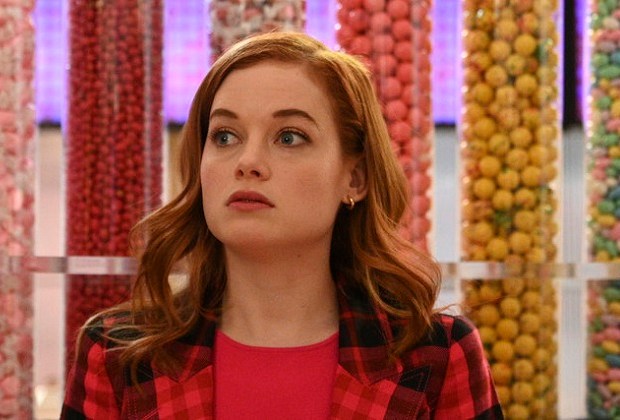 Zoey’s Extraordinary Playlist is singing a sad song: NBC has cancelled the musical dramedy after two seasons, TVLine has learned.

The network’s sibling streamer, Peacock, had been in negotiations to pick up the show for an eight-episode final season, but we’re told those talks broke down over the weekend.

Lionsgate, the studio behind Zoey’s, is already shopping the show around to other streaming outlets and there is said to be some interest. (Read Zoey’s Playlist showrunner’s plea to fans here.)

When asked about that possibility of Zoey’s jumping from NBC to Peacock, showrunner Austin Winsberg told TVLine in May, “I know that that has been one of the discussions on the table, but I’ve heard nothing concrete.”

Winsberg went on to note that a shift from broadcast to streaming could have potential benefits for the show. “If we had the ability to not be so beholden to the network runtime, I mean, there are scenes I have to cut every week or songs I have to cut for time,” Winsberg explained. “To able to have a little bit more creative freedom and flexibility there could be great.”

Zoey’s Playlist this season averaged a little over 1.8 million total viewers and a 0.35 demo rating — down 10 and 17 percent from its freshman run. Out of the 14 dramas NBC has aired this TV season, it ranks No. 12 in the demo and next-to-last in audience (besting only Good Girls). In a March poll, TVLine readers picked Zoey’s Playlist as the bubble show they most wanted renewed, with 12.7 percent of the vote.

The Season 2 finale, which aired May 16, concluded with a cliffhanger twist: Max suddenly had powers and could hear Zoey’s heart song, an exuberant rendition of “I Melt With You.”

“Just in terms of thinking how could Zoey and Max work long-term, for me, it was important for Max to have an understanding of what it’s like for Zoey to experience heart songs,” Winsberg said during a post mortem Q&A. “And I also like the idea that Max could know what’s going on in Zoey’s head as well. And certainly, from a romantic comedy perspective, to be able to play stories where these two people are in a relationship, but they also know exactly what the other person is thinking about, felt like ripe ground for storylines.” (Winsberg stopped short of clarifying if both Max and Zoey have powers now, or if Zoey’s powers just transferred over to Max.)

TVLine’s Broadcast Renewal Scorecard has been updated with the news. Hit the comments with your reactions!