Zoey’s Playlist Boss Urges Fans Not to Give Up in Wake of Cancellation: ‘I Refuse to Believe the Show Is Dead’ 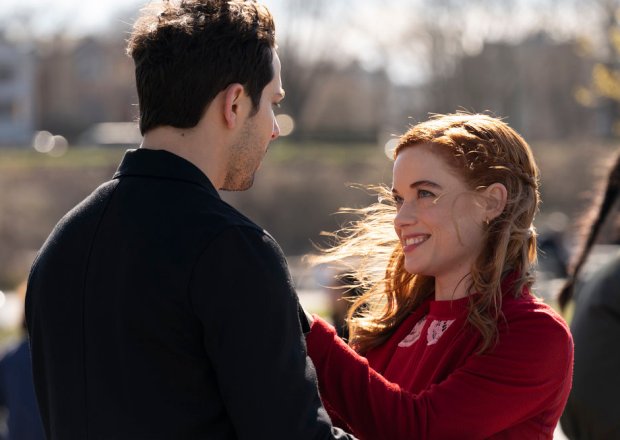 “Right now I refuse to believe the show is dead,” Winsberg declared on Twitter late Wednesday. “There is too much love and goodwill and the fan base is incredible. Now here is what I need.

“I believe we can have a real chance somewhere else,” Winsberg continued. “But the more fan support we can throw behind it – the better. Please tweet #saveZoeysplaylist. Let’s get it trending and let the powers that be know the appetite is strong.”

News of the cancellation came on Wednesday after negotiations with NBC’s sibling streamer, Peacock, to pick up the series broke down over the weekend. Lionsgate, the studio behind Zoey’s, is shopping the show around to other streaming outlets.

When asked about the possibility of Zoey’s jumping from NBC to Peacock, Winsberg told TVLine in May that a shift from broadcast to streaming could have potential benefits for the show. “If we had the ability to not be so beholden to the network runtime, I mean, there are scenes I have to cut every week or songs I have to cut for time,” Winsberg explained. “To able to have a little bit more creative freedom and flexibility there could be great.”

Zoey’s Playlist this season averaged a little over 1.8 million total viewers and a 0.35 demo rating — down 10 and 17 percent from its freshman run. Out of the 14 dramas NBC has aired this TV season, it ranks No. 12 in the demo and next-to-last in audience (besting only Good Girls). In a March poll, TVLine readers picked Zoey’s Playlist as the bubble show they most wanted renewed, with 12.7 percent of the vote.

The Season 2 finale, which aired May 16, concluded with a cliffhanger twist: Max suddenly had powers and could hear Zoey’s heart song, an exuberant rendition of “I Melt With You.” (Get scoop on what might have been in Season 3 in TVLine’s post mortem Q&A with showrunner Austin Winsberg.)

The Challenge Renewed for Season 37

Previous articleBiden To Announce Major Covid Vaccine Sharing Plan Ahead Of G7 Summit
Next articleRoaring 20s Trailer Is Out, This One Is A Creative Genius